It was expected, I wrote about it, warned and warned as God is my witness, and now antisemitism is surging in Tunisia, hatred of the Jews is trending. Tunisian President Kais Saied (pictured) is the most antisemitic leader in the Arab world today. Dressed in the ideology of the Muslim left, embracing the Muslim Brotherhood, and advocating pan-Arabism, he symbolizes a dangerous combination.

Saied was elected because of his hatred and hostility toward Israel and the Jews. About a month ago, he accused the Jews of stealing. He ordered the harassment of Jews by the placing of pro-Palestinian signs in the Djerba Peninsula, where about 1,500 Jews live. He even went so far as to change the names of Jewish neighborhoods to Muslim names. In short, he and his agents are do everything they can to harass the Jews. He claims to be waging war against Israel to show his “support” for the Palestinians, but in reality he is waging a crusade against the Jews who have lived on the Djerba Peninsula for thousands of years.

Two days ago, on the morning of April 6th, two young men severely beat a 16-year-old Jewish girl in Djerba and stole her cell phone. Her screams saved her life as her relatives heard her cries and came to her rescue. The attackers fled. Another version of the story says that they tried to kidnap her. Other say they were trying to murder her. It is not yet clear what exactly took place. Members of the Jewish community are refusing to provide information. They are afraid of the authorities. The incident came to an end last night at midnight when the two assailants were apprehended.

Authorities imposed a gag order concerning the attack. The police are embarrassed and have asked the parents to sign an affidavit that it was a simple robbery and not an antisemitic attack. 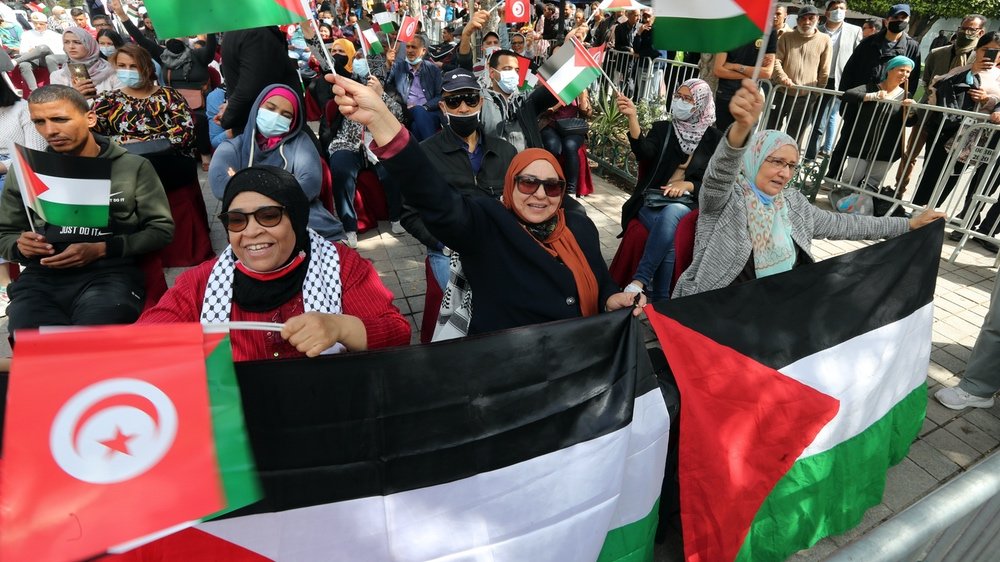 Tunisians increasingly identify with the Palestinian cause, which has resulted in increased antisemitism against local Jews.

About a week ago, a Jewish boy was severely beaten by an Arab just because he was Jewish.

Another incident occurred in February when a police officer beat a young Jewish gold trader. The officer ordered him to undress and beat him. Here, too, the young man refuses to reveal his identity so as not to be further harassed. The Jews of Djerba are living in constant fear, no one knows what will happen tomorrow.

A series of antisemitic incidents against the Jews of Tunisia come as a direct result of incitement from the president and from the Tunisian media, which has become hostile toward Israel and the Jewish people. This has never happened before in Tunisia, where the Jews have always been defended and are referred to simply as “Tunisians” and not Jews. These days the trend is exactly the opposite.

The Jewish community is being asked by the police not to talk about any of these incidents. There may be other such attacks, but no one knows as everyone is too afraid to speak about it.

The world must help Tunisian Jews before it is too late, before there are more victims. The next attack is already on the way.