On Wednesday May 12, a Jewish Israeli man named Mor Ganashvili was attacked in Akko (Acre) by an Arab mob that pulled him from his car and began to beat him with murderous blows. Qassem, an Arab Israeli resident of Akko who works as a male nurse, came to his rescue. Qassem protected Ganashvili until the municipal rescue forces arrived and took him to the hospital for emergency care.

Akko is a mixed Jewish-Arab city at the northern end of the natural bay on Israel’s northern Mediterranean Sea coast, just north of Haifa.

A week after the “lynch,” Qassem visited Ganashvili in his Nahariya Hospital room (see above photo). The two embraced and were visibly moved at what they had experienced together. They expressed hope for the future of renewed Jewish-Arab coexistence in Akko in spite of everything that has happened over the past week. 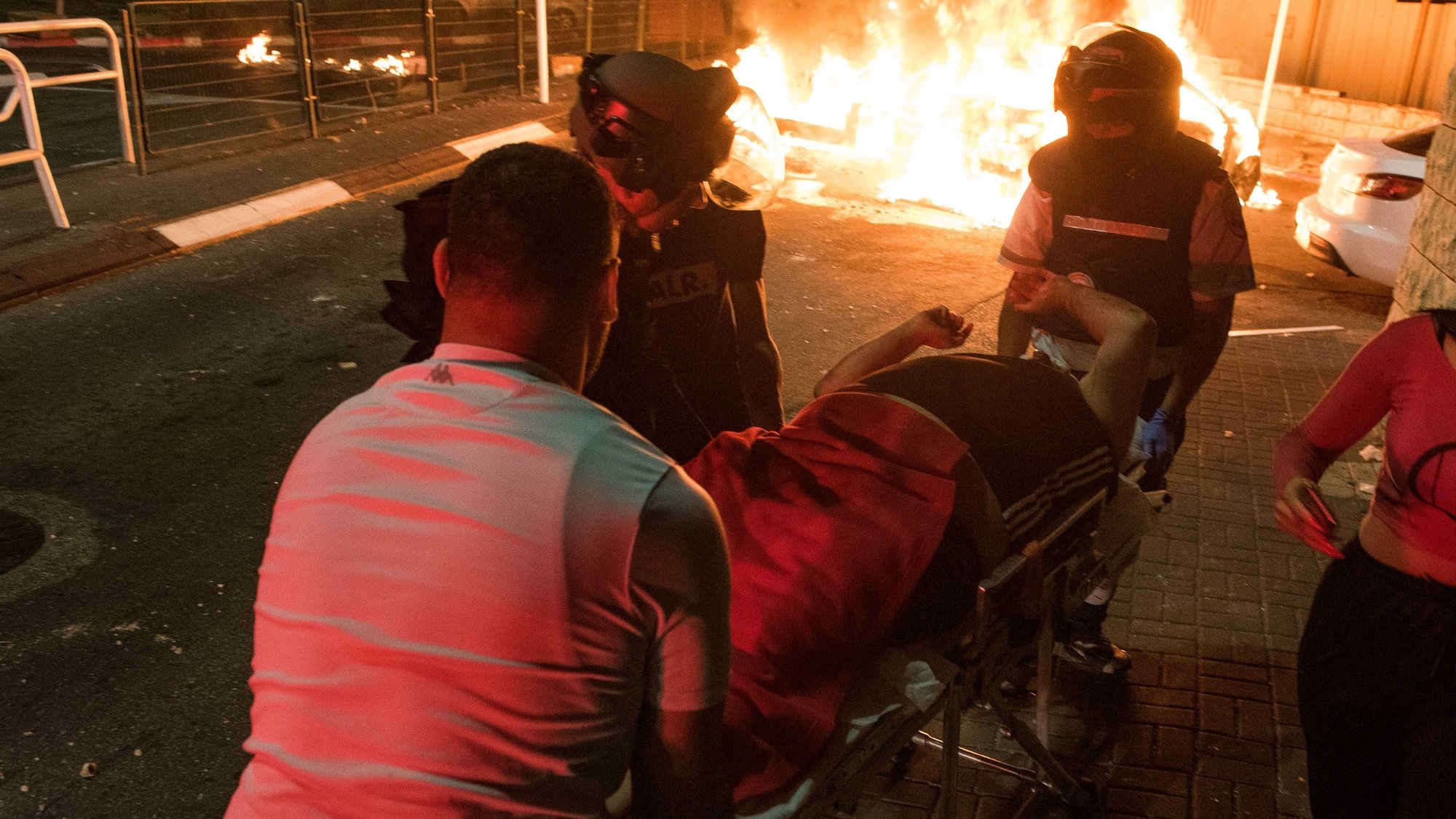 Medics evacuate Ganashvili to the hospital after his life was saved by Qassem. Photo: Roni Ofer/Flash90

”I have no words to describe what I owe you,” Ganashvili gushed as he lay in his hospital bed. ”You saved my life.”

Qassem responded: ”God saved your life, I just helped… I am a believing person. There were many more people who helped you. There was a sheikh next to you; there were neighbors; there were many people.”

Ganashvili said: ”You were God’s messenger in the middle of all those killers. Without you I would not be here. It is clear to you? In all that crowd, thank you for protecting me. Thank you for saving me, thank you for giving me strength.”

Qassem told Ganashvili he would like to meet him in the old city of Akko after he gets released from the hospital. ”I’ll take you with me to the old city, we’ll eat humus together. You’ll get through it. Be strong, that’s the most important thing. We went through harder things – and we’ll get through this too. In 2008, they said that Akko would not return to coexistence – and we came back.”

See the two embrace in the video below (dialogue in Hebrew, but translated above):

Ganashvili sustained serious injuries to his head and leg, and has recurring nightmares. He is expected to have a challenging road to recovery in the coming months.