The political events of this week have kept me from telling you already about a very special event that happened in our editorial office in Jerusalem on Sunday. I drove to the capital especially for this. I didn’t want to miss this moment.

Throughout the past year I’ve been telling you how much we miss the tourists in our country. In March 2020, the skies over Israel were closed to incoming visitors. Since then, we Israelis have been alone among ourselves. Given that it was also impossible for us to fly to other countries, we had the opportunity to get to know our own country with completely different eyes. We became tourists in our own country. That was an interesting experience, for a while.

But we still lacked something. Hearing the other languages ​​when you walk down the streets, the tour groups you meet in town and the visits from groups to our editorial office. We missed that the most. And that is exactly why I went to Jerusalem on Sunday.

We received a tour group for the first time in more than a year! This is the only group from Germany that received permission to enter the country as part of a pilot project implemented by the Ministry of Tourism. See: Tourists Have Returned!

At 11 o’clock the time had finally come. The two elevators on the 5th floor opened, the group of nine around the tour leader Werner Hartstock from the Saxon Israel Friends had arrived. They were accompanied by their tour guide, Eitan, who has also been anxiously awaiting the return of tourists. 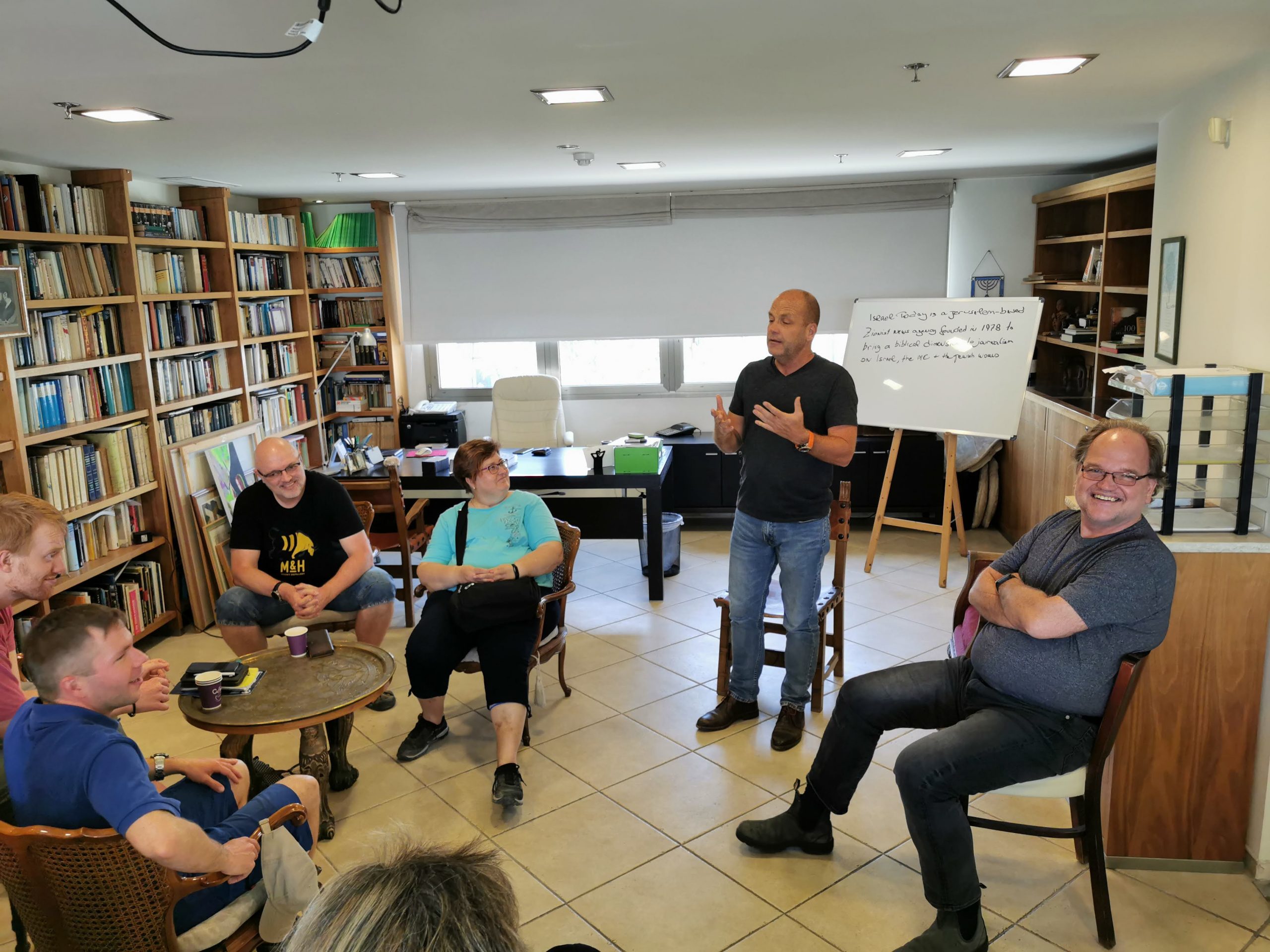 Aviel Schneider in conversation with the tour group from Germany

After a cup of coffee and a short time of mingling, we sat down in the library to have a little chat. After I had answered a few questions about the current situation here in Israel, our Editor-in-Chief Aviel Schneider came to welcome the group and talk about the specifics of the political upheaval of the past couple weeks. Things here are quite different than in Western countries, largely due to the overriding role played by religion. Especially here in Israel, parallels are often drawn to events in the Bible. It was a wonderful time of fellowship.

Before we knew it, it was time to say goodbye. The group had a plane to catch home already that afternoon. We are now looking forward to the next groups and even individual travelers who may soon be able to visit us. From July 1st it will be possible for vaccinated tourists to come to Israel. It’s finally happening. We look forward to seeing you soon!