At the end of the Negev desert and then just to the left is a small, quirky place called Ezuz.

It’s right next to the Israeli border with Egypt, in the Nitzana area. At first, it was just a piece of rocky land where the IDF did some military training. Then, in 1956, a settlement was established there, in order to strategically increase Israeli presence near the border in the sparsely-populated southern region. Many trees were planted, but the few settlers abandoned the place in 1967. Then in 1985, after the evacuation of Sinai, the settlement was revived.

Aviel, my beloved husband, spent his first Sabbath as an Israeli soldier in this place, and since then he has felt attached to it.

Over the years, people have come there looking to withdraw from civilization. About 15 families live there today. 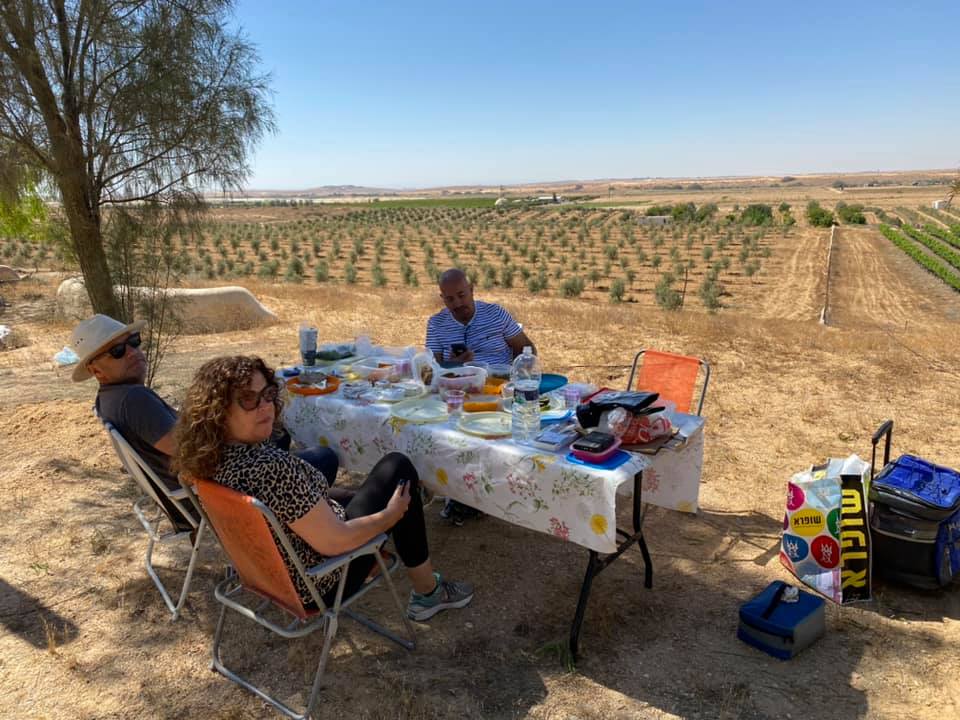 An oasis of life in a dry and thirsty land.

When we started hiking with our kids in the desert, we used to come to this area a lot. Right by the settlement of Ezuz is a magnificent grove of trees called Be’erotayim (“the two wells”). It is surreal to see its green trees in the heart of the desert. Our family used to set up tents and camp there for a few days at a time.

One might say Ezuz has started to develop. Now it has quite a few guest houses. Aviel and I go there when we want to get away for a bit, by ourselves, clear our heads, get inspired and reconnect with ourselves. We always stay in the same guest house, belonging to Gilboa. It is compact, clean, cute and comfortable. 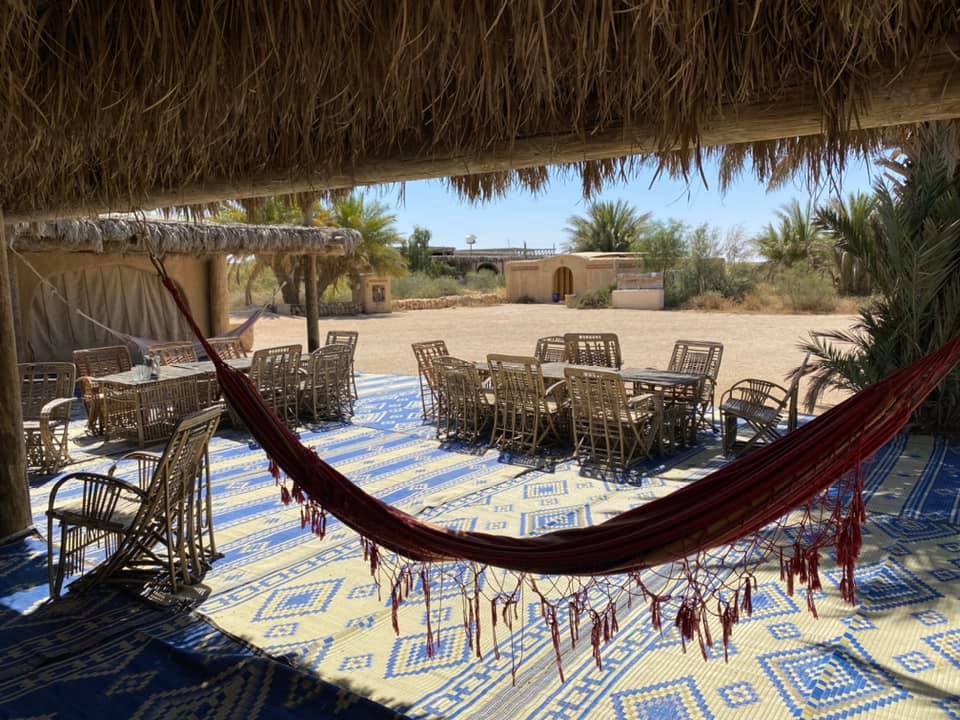 Our cozy guest house in the heart of the biblical desert.

At the heart of the village is Eyal Tubol’s restaurant. Eyal is a Jew who immigrated to Israel from France. He lives in Ezuz with his family. His vegetarian food is a delight to the palate, a combination of a French chef with Israeli aromas. He uses locally grown vegetables. At the right season the menu offers a mouth-watering okra casserole. Just writing about it makes me feel like going back there. They have perfect pizzas, straight from the taboon oven. And his breakfasts are the icing on the cake. The restaurant is only open on weekends, but I will tell you confidentially, that we went there several times during the middle of the week. Since we made reservations in advance, he prepared a meal for us.

Eyal’s restaurant is such a treat.

We bring sporting attire and jog on the long, mostly flat road leading to the settlement. If the moon is full, we drive around the area and enjoy the moonlight shining on the desert. We bring a portable gas burner for making coffee and some wood for a bonfire, to enjoy the cool of night and the beauty of creation. When the moon is not full, you can see an unusually large number of stars.

There’s nothing quite like sitting around a fire amid the tranquility of the desert night air.

There is a place nearby called the Nitzana “Curved Torsos” worth a visit both by day and night. It has gleaming white, natural chalk rock structures with spectacular, unconventional shapes. The rock is soft enough to let the rain shape it, and yet hard enough not to crumble immediately. The result is a pleasure for the eye to behold.

The area also boasts a sculpture by artist Danny Karavan called the “Path of Peace.” Its many stone pillars are reminiscent of Byzantine-era columns. Karavan began laying the pillars in 1996 in response to the peace agreement with Egypt. The row of pillars standing 30 meters apart begins at Tel Nitzana and runs in a straight line to the Egyptian border near the Nitzana terminal. At the top of each pillar is the word “peace” in a different language. At 3 km in length, it is the longest environmental sculpture in Israel. 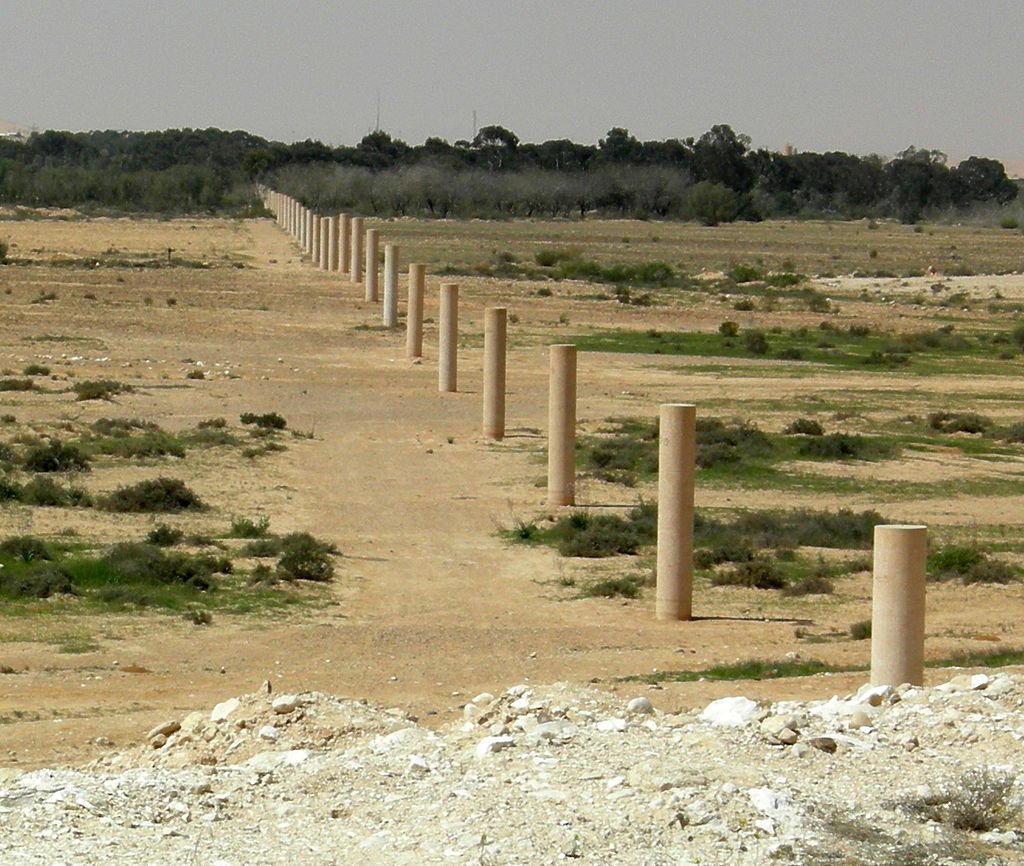 The Path of Peace environmental sculpture.

If you open a history book, you will be surprised to see how vibrant and significant this area has been throughout the millennia. 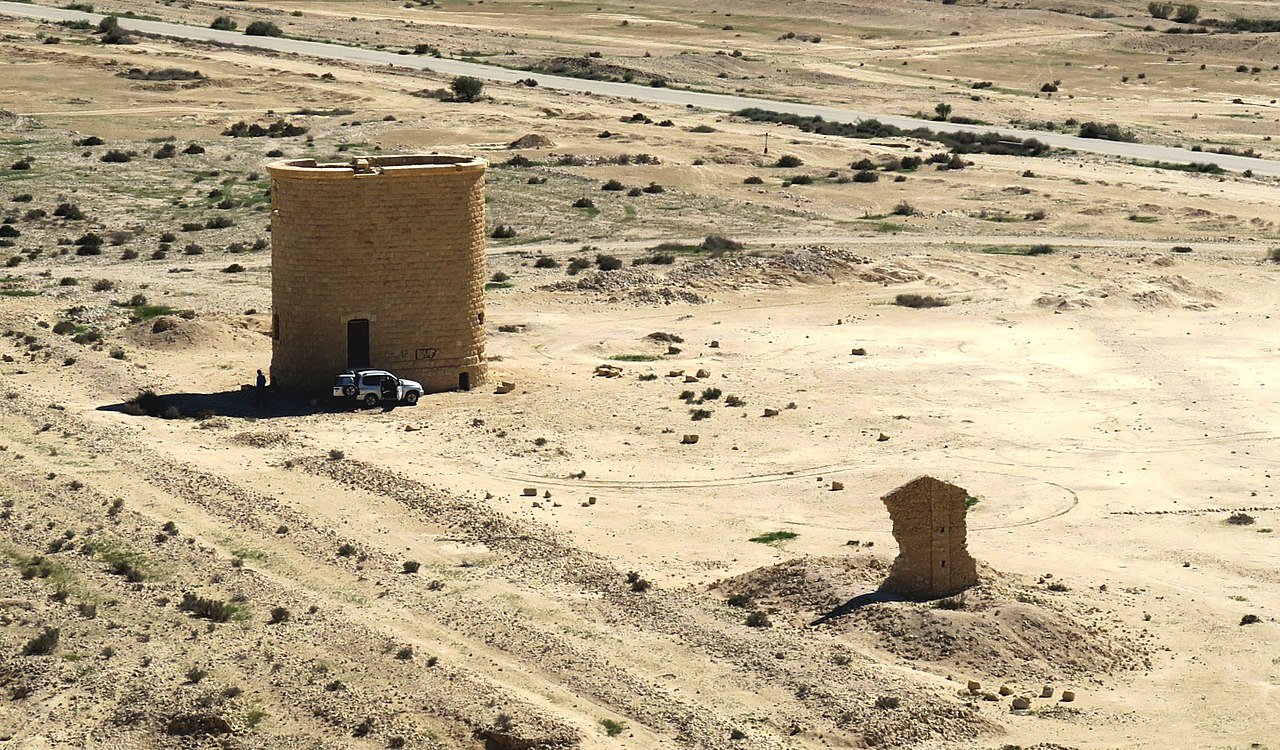 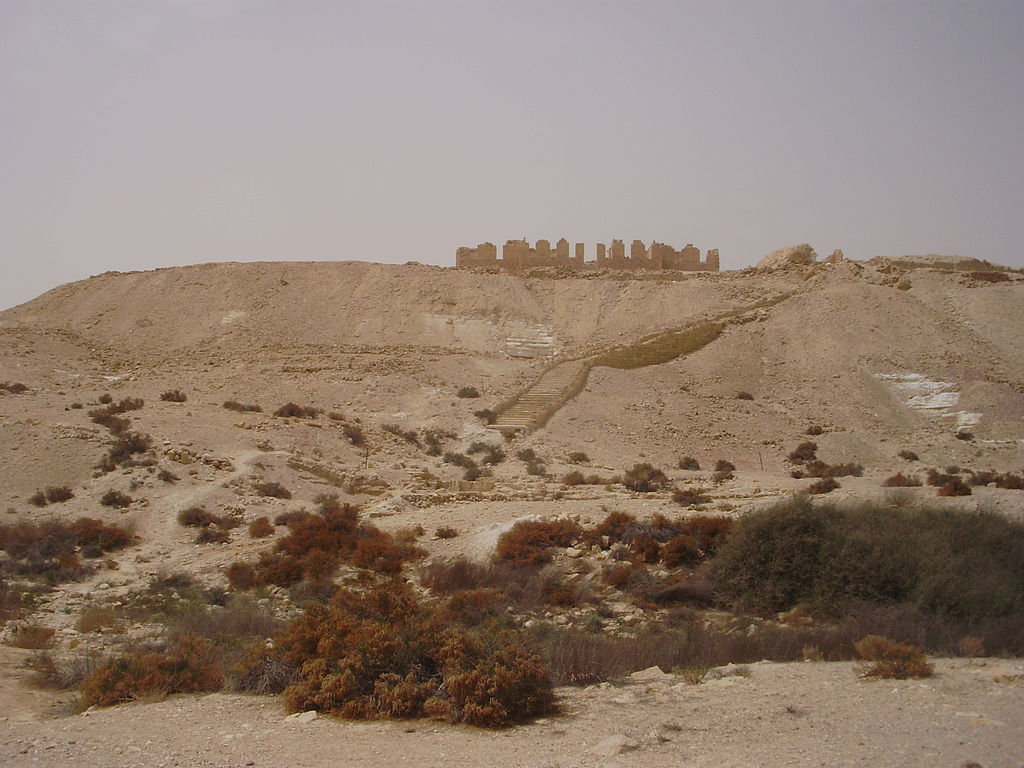 A quick dip in a desert spring.

The Turks built a military town at Nitzana.

The area also contains the Nitzana National Park, the Nitzana Cave and the “White Hills.”

Truly the place is charming in its beauty, and well worth a visit.