Not only modern-day Israelis are being targeted in the latest wave of Palestinian terrorism. Jerusalem was furious on Sunday after Palestinian assailants severely damaged the tomb of the Biblical patriarch Joseph, one of Judaism’s holiest sites.

Overnight hundreds of Palestinian Arabs broke into the Joseph’s Tomb compound on the outskirts of the Palestinian-controlled city of Nablus (known in the Bible as Shechem). The site is holy to the Jewish people, and Orthodox Jews regularly hold prayer gatherings there under heavy guard for fear of being attacked by local Muslims.

Given its location, Joseph’s Tomb is an easy target for Palestinian antagonists, and has been desecrated numerous times in recent decades. 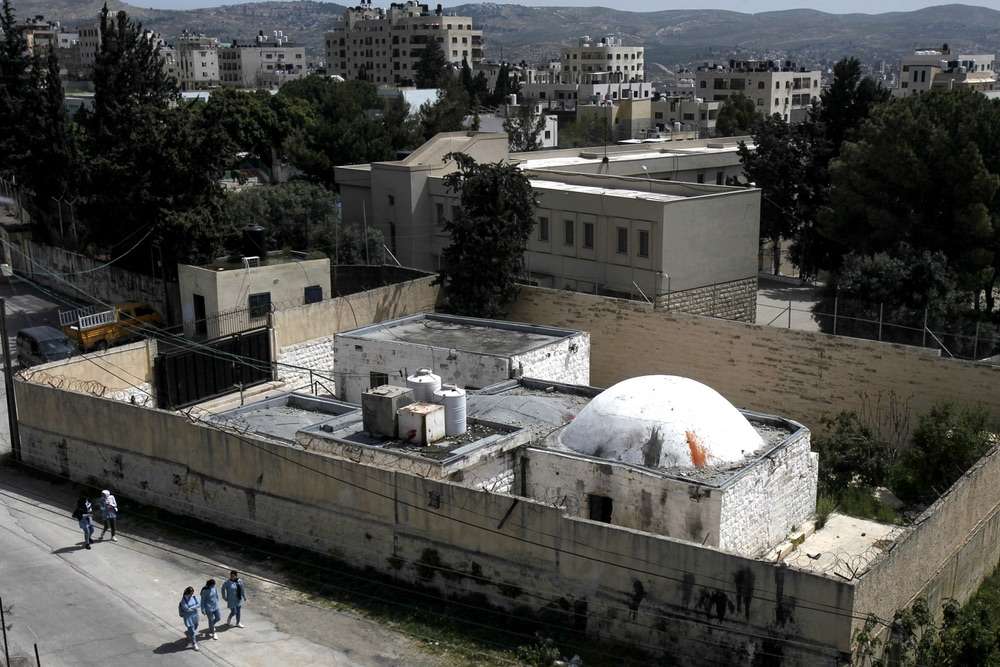 Jospeh’s Tomb compound on the outskirts of Nablus after being assaulted overnight by a mob of Palestinian Muslims. Photo: Nasser Ishtayeh/Flash90

“During the night Palestinians destroyed Joseph’s Tomb. Dozens of Palestinian rioters in a campaign of destruction simply violated a holy place for us, the Jews.

“They broke the tombstone on the grave, set fire to rooms in the compound — I saw the pictures and was shocked.

“We will not abide such an assault on a place that is holy to us — on the eve of Passover — and we will get to the rioters. And of course we will make sure to rebuild what they destroyed, as we always do.”

“The desecration of Joseph’s Tomb is a grave event and a serious violation of freedom of worship in one of the holiest places for every Jew. It’s an assault on the sensitivities of the entire Jewish nation, especially when it occurs during the Muslim holy month [of Ramadan].”

Gantz said he sent a harsh message to Palestinian leader Mahmoud Abbas, demanding he do more to prevent his people from attacking and desecrating the holy places of other religions. 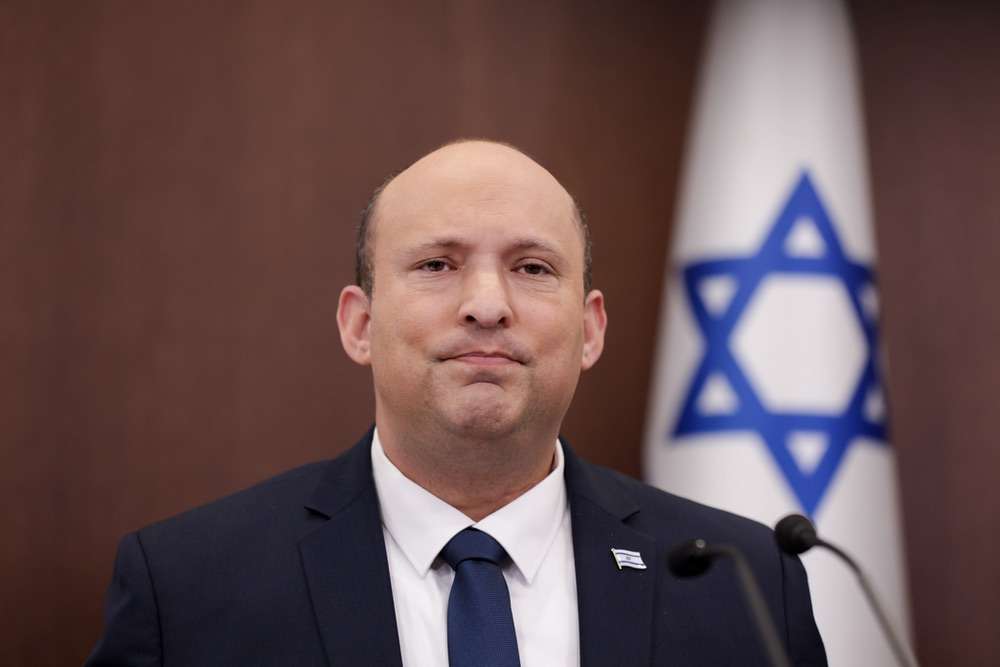 The desecration of Joseph’s Tomb comes amid a wave of Palestinian terrorism that has taken the lives of 14 Israelis and left dozens more wounded since late last month.

In response Israel has launched a new war on terror focused on the northern Samaria town of Jenin, long a stronghold of Palestinian terrorist militants.

At least eight other suspected terrorists and accomplices of the Tel Aviv shooter have been arrested there in recent days, and a number of Palestinian militants have been wounded and killed in exchanges of fire with Israeli forces.

In addition to thwarting attacks already planned but not yet carried out, Israel is also targeting the dealers and suppliers of illegal weapons to the terror cells in and around Jenin.

And in order to fully “choke” the terrorist infrastructure so entrenched in Jenin, Israel has decided to bar Israeli Arabs from entering the town, which will be a huge blow to the local economy. Israeli Arabs typically earn far more than their Palestinian counterparts, and their patronage of Palestinian businesses is vital. 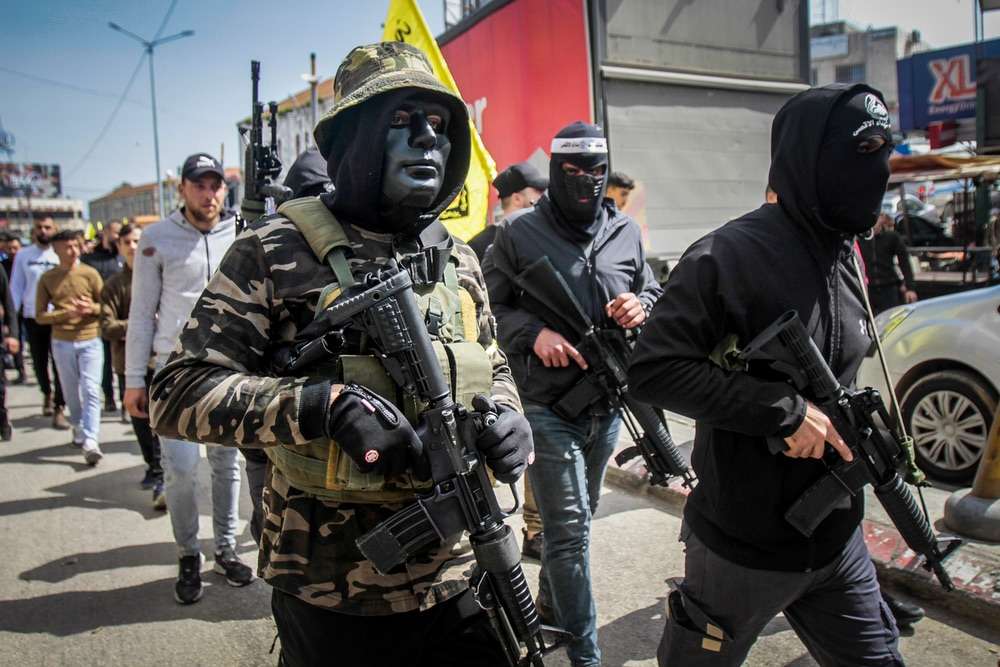 Jenin in a hotbed of Palestinian terrorist activity, and Israeli is determined to suffocate the local groups responsible for the new wave of violence. Photo: Nasser Ishtayeh/Flash90

Israel is looking to Washington to help end the current wave of violence, not by facilitating new talks between Israel and the Palestinians, but by putting pressure on the Palestinians to comply with already-signed agreements.

The Biden Administration reportedly tried to get Israel and the Palestinian leadership back to the negotiating table last week, but was thwarted in that effort by ongoing crisis in Israel’s governing coalition.

At any rate, Israel doesn’t believe that’s what is needed.

Israel and the Palestinian leadership long ago signed agreements that theoretically should prevent the kind of violence we are seeing now. If only the Palestinians would actually comply with them.

To that end, Israel has asked the Biden White House to put pressure on the Palestinian Authority to not provide any kind of stipend or monetary prize to the father of the Palestinian terrorist who opened fire on Israelis in central Tel Aviv last week.

Israel calls this long-standing policy of the Palestinian Authority “pay-to-slay” because it gives Palestinians, in particular those in difficult financial situations, a monetary incentive to perpetrate violence against the Jewish state.

This, insists Israel, is one of the primary roadblocks to peace.