There seems to be chaos at all airports around the world at the moment. And in Israel that goes double. The photos, the many reports in the media and the testimonies of endless queues at Ben Gurion Airport take away the joy of flying. On top of that, thousands of suitcases have been delayed and lost. Already there are dedicated social media groups popping up providing tips on how to find your luggage.

The airport in Tel Aviv has simply lost control of the situation. So we decided to fly with hand luggage only. Not a problem for me, but for my wife Anat it is. Still, it’s a more manageable problem than losing a suitcase.

It was recommended that we book a VIP service, which added an extra $200 per person, so that someone would take our hand and lead us like small children past the angry crowd and up to the security check and check-in. But after that you have to stand in line with everyone else at the last check for your hand luggage. And heavens, that line is even longer. 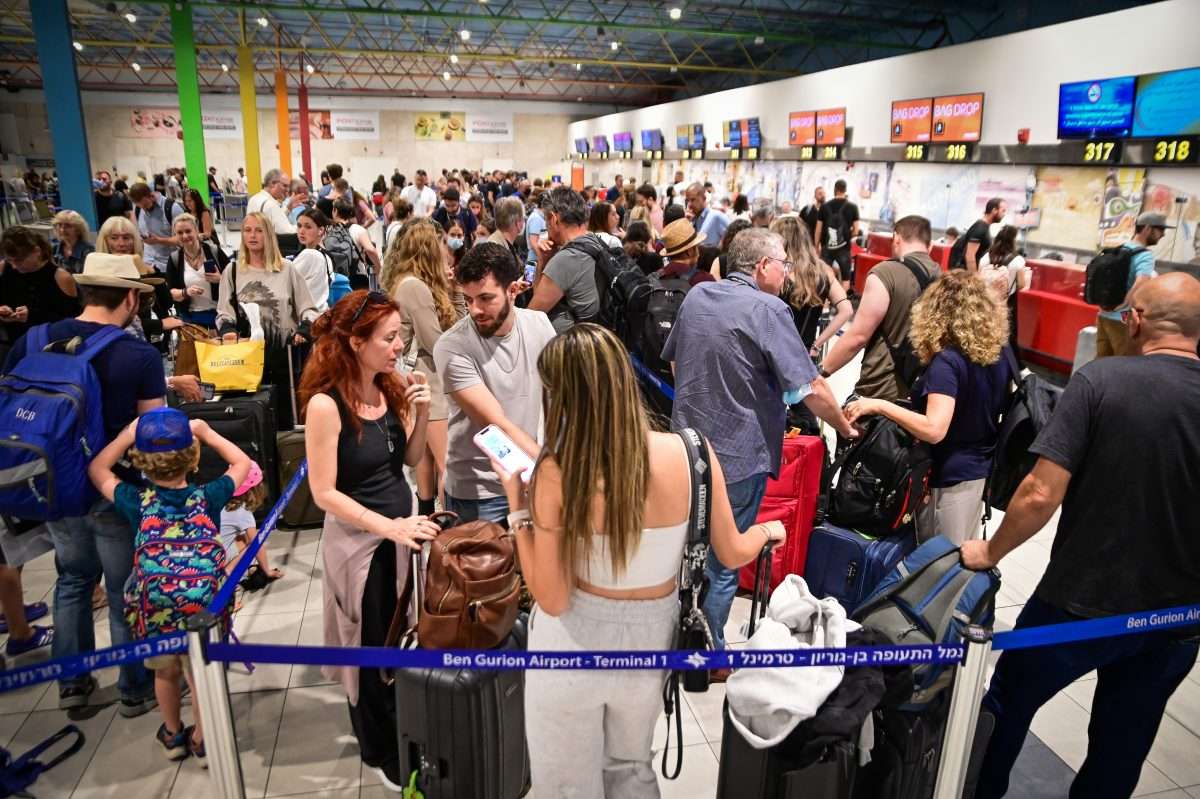 Thankfully, we were spared this particular nightmare. Bild: Avshalom Sassoni/Flash90

Four weeks before the flight, all VIP tickets in the country were sold out. A lot of people I know had managed to book the service in time. It’s become a thriving business ever since the skies were reopened following the Corona pandemic. As expected, there was a rush on the airport as Israelis fled abroad.

So we had no choice but to reach out to our children, whose friends work in airport security. And this is the best VIP service since it’s not only faster, but free as well. A colleague of my son’s best friend’s wife rolled out the red carpet for us at Ben Gurion Airport. At two o’clock in the morning we reached the airport. Dudu – a common abbreviation of David – our taxi driver from Beit Shemesh, picked us up at the moshav on time as always and dropped us off at Terminal 3.

At the airport I called the phone number that was sent to me. After two minutes, a nice young man met us at the agreed pillar with the capital letter W. Since we only had hand luggage and had arranged the check-in online beforehand, he was able to accompany us to the hand luggage check. What service. In less than 20 minutes we were in duty free after passport control. We had made record time.

It’s just amazing what’s going on in airports. We say balagan (mess) in Hebrew. It seems like nothing works the way it used to.

The time we saved by not waiting through security meant we had a lot of hours to kill in the terminal. Twelve hours later, US President Joe Biden landed at Ben Gurion Airport. This not only caused chaos in the airport itself, but above all on the streets of Israel.