In order to cope with COVID-19, Israel’s Ministry of Health, in coordination with the Prime Minister’s Office, release daily updates and guidelines to the public. Israel’s seemingly strict policy in its fight against the Coronavirus was adopted in order to prevent widespread infection and the collapse of the health care system. The government’s difficult task is making sure that the public collectively adheres to its stringent guidelines. This rings especially true for the ultra-Orthodox and Arab communities.

Prime Minister Netanyahu, in an interview with Channel 12 on March 18th, addressed these populations stating that if the Ministry of Health’s guidelines aren’t followed, he won’t hesitate to issue a decree. He added, “I’m seeing events taking place, such as large weddings, that breach the guidelines issued by the Ministry of Health. This is Pikuach Nefesh (saving a life in Jewish law),” Netanyahu stressed. 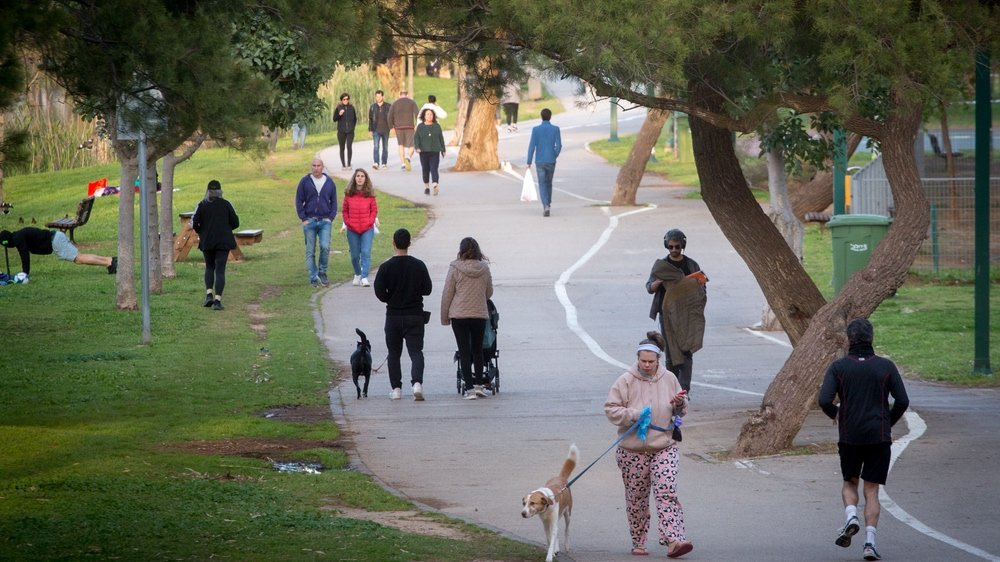 Many Israelis continue their usual routine, despite the danger to us all.

The following day, Netanyahu addressed the country’s Arab citizens imploring them to heed the guidelines in order to prevent further spreading of the virus: “I’m requesting the cooperation of all of Israel’s Arab citizens. I implore you for your sake, and for our shared future, please comply with the guidelines the government has released. These are not recommendations, but rather a requirement.”

It appears that the Prime Minster was correct in specifically addressing the Arab community since many are still holding large social gatherings such as weddings and parties. Netanyahu cannot be accused of racism or of inciting against the Arab population as MK Ahmed Tibi of the Joint Arab List has released similar pleas to the public in Arabic.

Tibi addressed the Arab public specifically in order to urge them to start following the guidelines released by the government.

With clear urgency Tibi stated: “The guidelines are to be taken seriously and observed. I am concerned that there are individuals in our community who are ignoring the guidelines. Many are expressing their lack of interest and awareness and are saying that they see many events occurring and are continuing to behave as usual. We are in a state of emergency and if the guidelines are not followed, the virus is likely to spread and infect many more people than is necessary.”

While throughout the Arab world holy sites have closed and the Muslim World League released religious edicts forbidding Muslims to attend mosque, many in Israel’s Arab community fail to heed the official guidelines.

The following video illustrates attempts at enforcing guidelines against holding social gatherings as an Israeli police officer explains to Muslim worshippers not to go to mosque but instead to pray at home.

A collective effort to fight the virus

It is unfortunate to see individuals in Israel (whether Jewish or Arab) that continue to ignore the Ministry of Health’s guidelines. Without all of the public’s cooperation, it will be impossible to beat the virus. The Coronavirus doesn’t differentiate between religion, ethnicity or the color of one’s skin. We are all in this fight together.