(JNS) You can get your kicks on Route 66, or you can travel through history on Route 60. It’s a road trip through the Bible, both old and new.

Former US Ambassador to Israel David Friedman and former US Secretary of State Mike Pompeo recently traversed Israel’s Route 60. The highway connects the Torah’s most famous events and people, along with the founding events of Christianity. Episodes that took place along the Biblical road date all the way back to the Jewish forefathers Abraham, Isaac and Jacob, and Jewish Kings Saul, David and Solomon.

The tour by two of America’s top diplomats whose policies helped strengthen the State of Israel, is for a new TBN-produced documentary called “Route 60: The Biblical Highway” that Friedman hopes will help educate people on a commonly misunderstood region.

“Over the course of being in government for four years and thereafter, there is a stark … I don’t want to call it … ignorance because it suggests something worse than it is, but a real lack of familiarity, especially in America, with what people refer to as the West Bank, which, of course, itself is really an inadequate description of Judea and Samaria. This road, Route 60, is really the biblical spine of Israel,” Friedman told JNS (emphasis added).

Friedman, an Orthodox Jew, and Pompeo, an evangelical Christian, spent five days filming in a number of locations, presenting the biblical and modern-day significance of each place. Flying to each location by helicopter, their stops included Nazareth, Shechem and Joshua’s Altar, located on Har Eval, where Friedman had never previously set foot.

“I’m very glad we were able to film it because you have a hard time getting there if you were just going as a tourist. You see the stones of this altar are intact on a mountain with nothing else, just the natural stones. It was an incredible place to visit. It was also a great lesson in Jewish leadership that it’s not just about winning military battles. It’s also about having the moral footings that come with being a believer in following a religious path,” said Friedman of Moses’s successor. 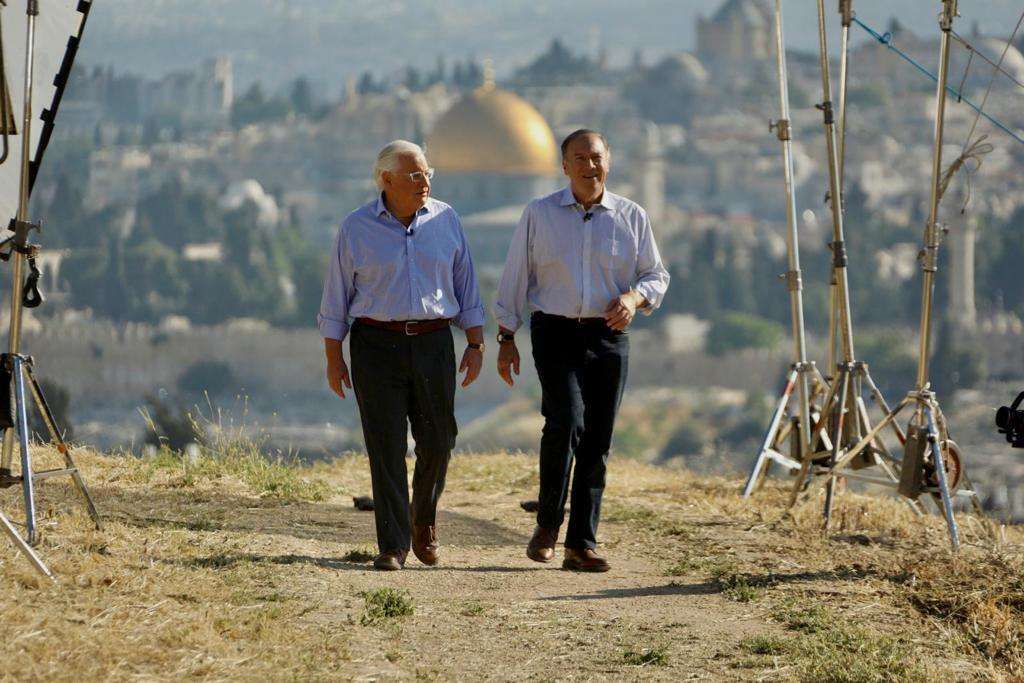 Former US Ambassador David Friedman and former US Secretary of State Mike Pompeo are walking the original Bible belt, here in Jerusalem, as part of a new documentary. Courtesy: David Friedman.

The trek continued on to Shilo, where the Tabernacle rested for almost 400 years, and on to Beit El, the site where Jacob had his famous dream. The pair continued to Jerusalem, Bethlehem and Rachel’s Tomb, and on to Hebron and Beersheva, the site of a covenant treaty between Abraham and King Avimelech, which Friedman referred to as the original Abraham Accord.

Friedman said the goal of visiting these places was to focus on their biblical history; nevertheless, present-day happenings were also important.

“We got to Shilo on Lag B’Omer [in May], which is a bit of a national holiday. So here you have this ancient city—the Tabernacle rested there 369 years—but full of kids, full of people, full of life,” said Friedman. “We went from place to place to show that, on the one hand, the history of both Judaism and Christianity began at these places. But we also show these real living, breathing places where life continues to flourish.” 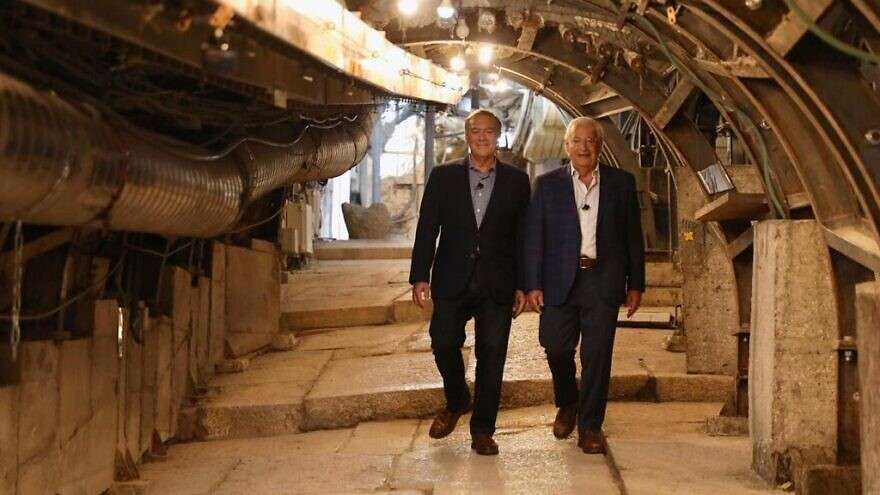 In the Western Wall tunnels along the edge of the Temple Mount. Courtesy: David Friedman.

‘Part of the Jewish and Christian DNA’

Friedman and Pompeo are both outspoken proponents of a Greater Israel and oppose a Palestinian state. Still, Friedman said he set out to make the film as apolitical as possible.

“We probably failed at our task. Because once you refer to it as Judea and Samaria [instead of the West Bank], already, people will think you’re making a political statement,” said Friedman.

He continued, saying “it’s not a secret to anyone that both Secretary Pompeo and I believe that this land was given by G-d to the Jewish people, and that it has enormous biblical and historical significance as part of the Jewish and Christian DNA. And I suppose one could infer from that that we believe that it should remain under Israeli sovereignty. So one could surely draw that inference, but we don’t dwell on it, meaning we lay out the facts and the biblical history.”

“All the stories that you learn—whether in a day school, Sunday school, church or synagogue—they all happened here,” he added.

The film is part of a larger initiative to officially dedicate Route 60 as Israel’s Biblical Highway.

Friedman indicated the documentary is in the editing stages and is expected to be released in January 2023.