Six days in my bomb shelter
Its window always closed,
Too many air raid sirens,
And no fresh air to breath.

Opening and then closing a bomb shelter window takes time: Close the thick iron outer shutter panel; lock the iron bolt; close the glass window. Then lock the bomb shelter door. The door is heavy, and refuses to close. You have to push incredibly hard to compress the rubber seal and make it shut.

After someone died in a bomb shelter in Sderot, there is a new order asking us to lie down on the floor of the bomb shelter room [during rocket salvos]!

We practice plopping down on the ground [like infantry recruits]. No time to lose. 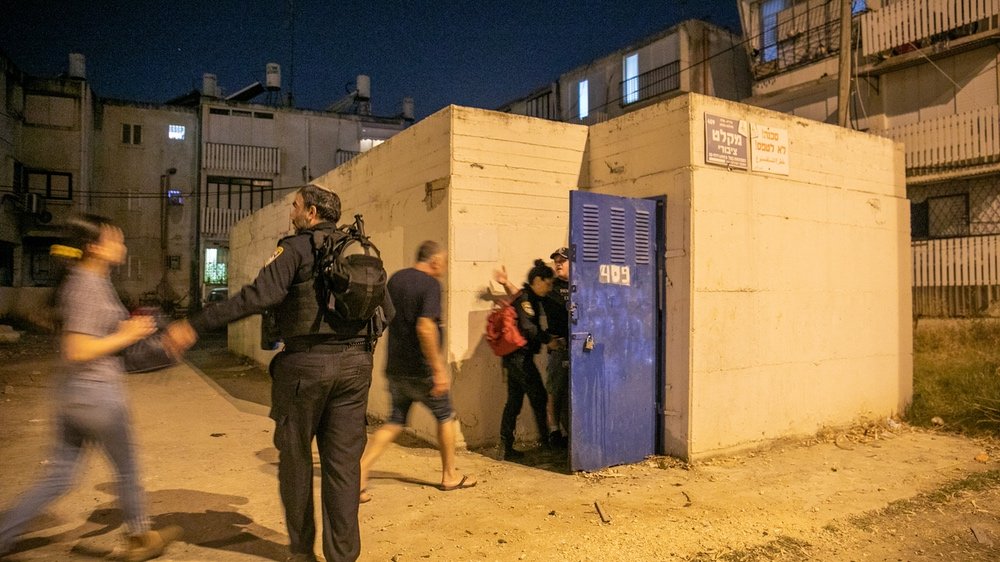 The residents of Ashkelon have just 15 seconds to reach a bomb shelter once the sirens sound.

It takes too many steps to open and close the window. So we decided that the window would remain closed, in order to have more time to do more important things to protect ourselves while running into the bomb shelter.

Every second counts. A fraction of a second makes the difference between life and death.

…Tonight Ashkelon was relatively quiet. The target of rocket barrages tonight was the towns and villages bordering on Gaza, plus the cities of Beersheba and Ashdod. They shot at Ashkelon only intermittently until 3:30 AM; and again at 7:20 AM we had our Hamas morning wake-up call.

…Relative to the night before we feel lucky… For the last five days we have been eating on the floor of the bomb shelter, taking no risks. But make no mistake, even that is hard to do. So, for most meals we eat cold, quick food; although occasionally I insist on cooking, to maintain a relative routine and a semblance of sanity… 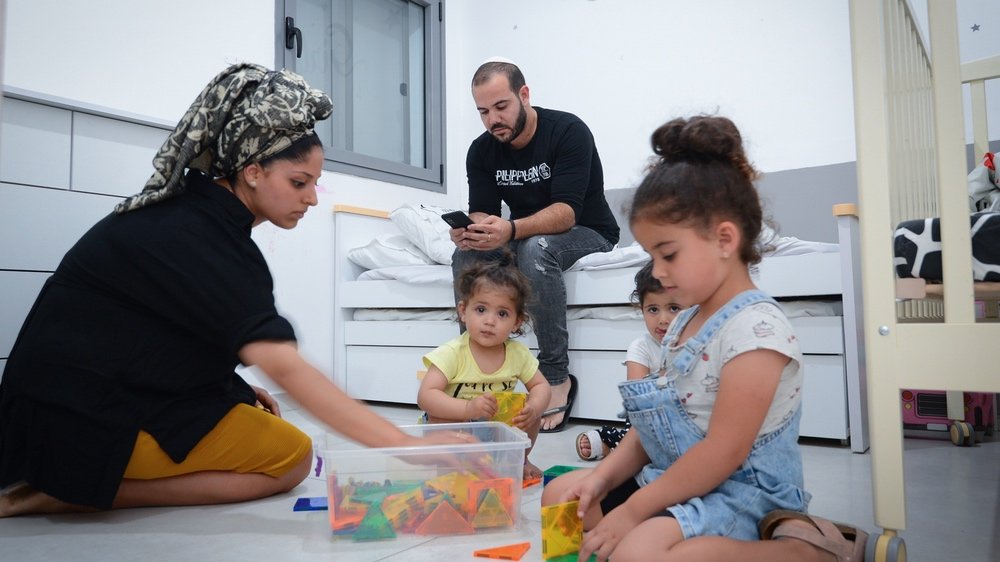 Illustration. Many families have been effectively living in their bomb shelters for the better part of the past week.

Times are greatly shortened. You learn to be excited to be able to take a quick shower. More than once we had to run to the bomb shelter before finishing. We collect surrealistic moments together with the fear of death that is with us always.

Every noise, no matter how small, makes your heart pound and your heartbeat race. You can measure your pulse without putting your finger on an artery. Each heartbeat hits us stronger than air raid alerts as they mix with the ambulance and police car sirens.

We are awake at night and try to sleep during the day. The body is alert and tired at the same time. We practice breathing techniques and other means to help ourselves calm down. We make an artificial separation, we barely listen to the news. We choose some music to offset the situation, have conversations… More sharing with others what we’re going through. More closeness. 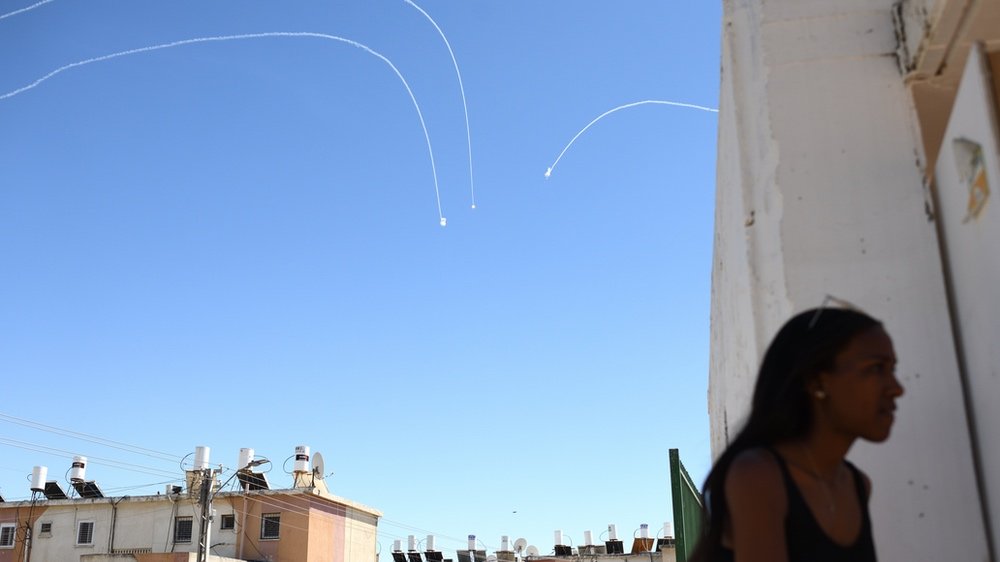 The stunning success of the Iron Dome has greatly blunted the damage Hamas hoped to inflict.

And in the heart along with the fear, there is a big space of gratitude. For all those people who are at the frontline. Each soldier and policeman and the families they left behind them. They are the real heroes.

And the heart, the heart weeps for those who have paid and will pay the price of our survival in this land.

But beyond all these, along with sadness, fear, fatigue and difficulty, there is hope and a prayer that this time it will end differently. We all deserve to live in this country in peace and quiet.

We have no other land.

EDITOR’S NOTE: Ronit’s closing line contains a reference to the emotion-laden Israeli song: “I have no other country, Even if my land is burning…”