He was born 65 years ago on the island of Kwai, one of Hawaii’s eight islands. Before immigrating to Israel his name was Melua Noi Ao Iea, and today he is called Nadav Zadok Yair.

In what can only be described as a divine act of God on behalf of the Jewish people and “for Zion’s sake,” the story of Yair begins at the age of 9, when he was chosen to train in the ancient arts of Hawaiian warfare. “I trained daily until I was 21,” Yair told Israel Today, “and only then was I ready.”

Little did Yair know that he had also been chosen for a task far beyond his island shores. On a warm summer morning sitting alone on his tropical island beach contemplating his future, two young Israelis fresh from completing their IDF army service sat next to him and asked, “Have you heard of the Land of Milk and Honey? We are from there.”

“I have,” Yair told them. “My grandfather used to read me stories from the Bible about Israel.” As he listened to these young Israelis talk about their land and how they fight for their people, Yair wanted to be there in Israel with them, in a faraway land that he had only heard stories about from the Bible. “Here I was listening to these two guys – the Chosen People of God – and the reality of Israel hit me,” he said. “I never thought I would actually meet someone from that ancient land. These are the Chosen People.”

Yair says that he knew at that moment, “I was going to spend the rest of my life in Israel, to live and die there. ‘Show me the way God and I will go,’” he prayed. It was 1981 and Yair was 27 years old.

Within months, he landed at Kibbutz Ginosar along the shores of the Sea of Galilee adjacent to Capernaum and home to Jesus’ disciple Simon Peter. Wanting to identify with the Jewish people, Yair converted to Judaism and at age 31 and enlisted in the IDF. “Jesus walked in a Jewish way. We don’t need Christianity to know Him or follow Him,” he says. Despite his age at recruitment, Yair insisted on full service and joined the elite Golani infantry brigade as a Krav Maga combat instructor. His commanders soon noticed his unique fighting skills, and before long he was training other soldiers in the ancient art of Hawaiian field craft and holding workshops for elite IDF units on close quarter fighting, camouflage, warfare in the bush and sneaking up on the enemy at night.

In the 1990s, Yair was asked to give instruction to IDF battalions before they entered Lebanon. At the time, he met then-Northern Command Chief Gabi Ashkenazi, who later became IDF Chief of Staff. “I remember a humble man with slanted eyes who did not look like us. An man with quiet, soft speech. But you saw that there was some kind of inner power in him. A man who can be dangerous as well as soft and quiet. I was glad he was on our side,” General Ashkenazi said about the Hawaiian warrior. Ashkenazi put Yair in charge of training all elite IDF forces in his “Ninja” style secrets for camouflage, survival techniques and strategies for attacking at night. “He had a crucial contribution in preparing the forces, and the IDF owes him a lot for what he taught us,” said the former Chief of Staff. 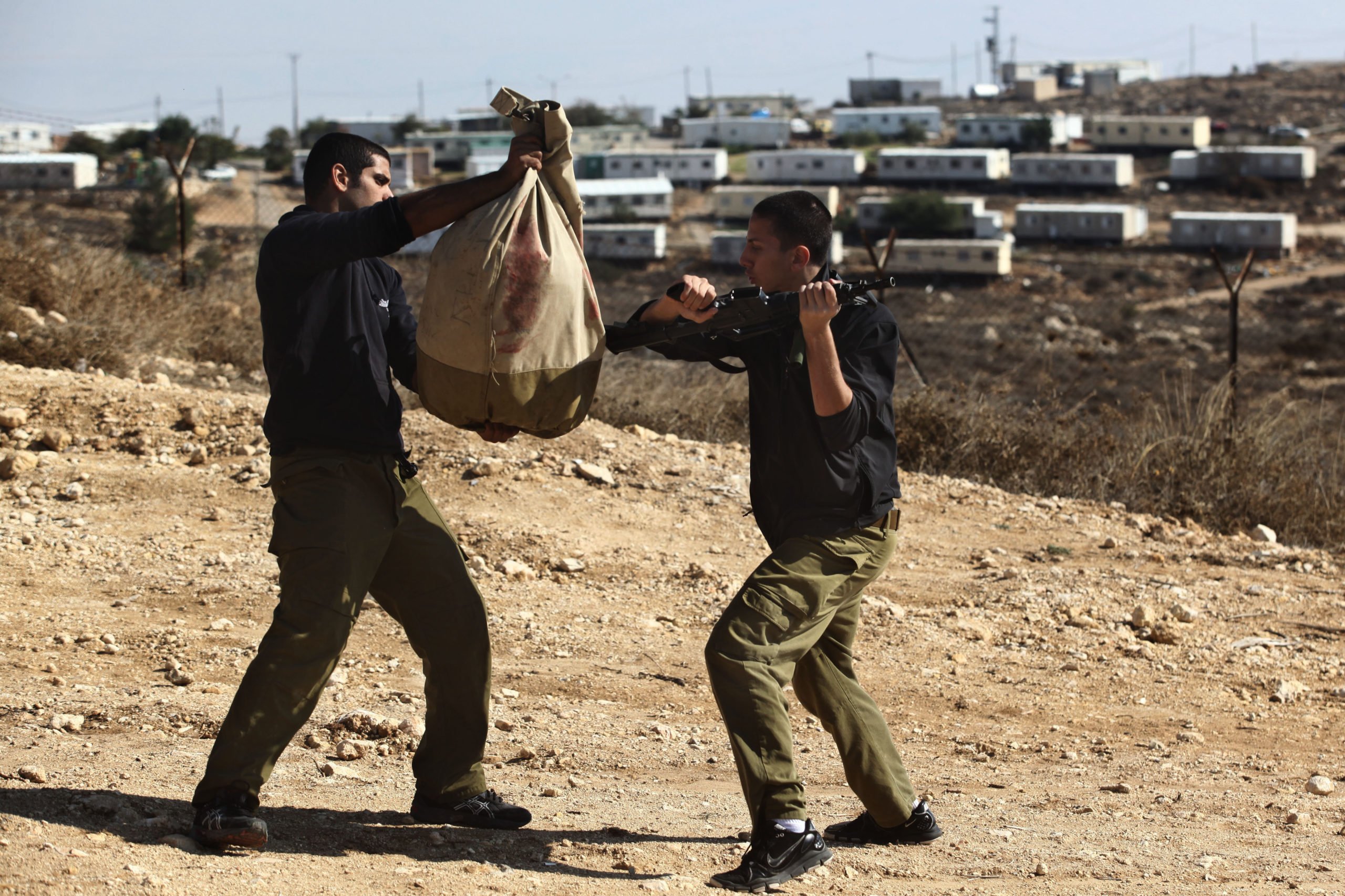 Lord of the underdog

“Israel is supposed to be strong,” Yair says. “That is part of God’s calling on this people. A unique people. We must have the ‘pen and sword both in accord,’” he likes to say.

“These are the days of redemption,” Yair says. “Jews are coming back to Israel. The prophecies of Daniel, Jeremiah, Isaiah are coming to life. We hear about wars and rumors of wars, natural disasters, diseases and weather changes. These are all signs of the Last Days.”

Yair believes that God wants to show the whole world that He is the only true God. “Jews are the underdog. They are the smallest fighting against the rest of the world. The Messiah is the son of David, a shepherd boy that slew the giant. We must study the prophecies to understand what is happening,” he says. “But the Israelis don’t read them.”

Yair lives alone atop a lonely hill in a hut he built without electricity or running water on a piece of land that belongs to no one. It’s near Zomet Tapuach in Samaria, one of the most dangerous areas north of Jerusalem surrounded by some of the most hostile Arab towns.

Elite IDF combat units still come once or twice a month for training with the martial arts expert. “Does the army pay you for your training?” I asked Yair. “Not all the time. But that’s all right. What goes around comes around. God directs everything,” he says. “God proves to me every day that He is still listening and watching.”

“Is it hard to live up here all alone like this,” I asked him. “I am not really alone. God is with me,” he smiled.