Developments in the US are a major concern for many Israelis, not only because a similar situation could develop here (See: How America Looks From Here), but also because America has always been a friend of Israel, and never more so than in the past four years. Now, however, a creeping authoritarianism made up of corrupt politicians and big tech companies seems to be threatening the country.

It is unprecedented to see companies like Facebook, Twitter, Amazon and Google teaming with overreaching politicians to silence political opponents, and the fact that this is happening in the world’s only superpower is particularly worrying.

Not only have Twitter, YouTube (which belongs to Google), and other social networks blocked Donald Trump for flimsy reasons, but WhatsApp has also announced that it will share even more user data with its parent company, Facebook, which in turn sells this data to advertisers. Where is the common sense when it comes to our data protection? The impression that many on this side of the world have is that the tech giants, with Joe Biden as their puppet, have teamed up to take control of the United States.

Would such a grasp for power really be unthinkable? Doesn't history teach us that such things have happened before, and not infrequently?

On top of that, you have the Corona vaccinations. Even in Israel, which leads the world in mass inoculation, the vaccine remains somewhat controversial. Media reports of some people suffering side effects and even dying after receiving the vaccine have folks concerned. Many wonder: Wouldn’t a regular intake of Vitamin D be enough to protect against the virus? (See: The Politics of Our Pandemic Problems)

The entire situation is just surreal, as if we were in the midst of a great conspiracy to slowly restrict and rob us of our freedoms. 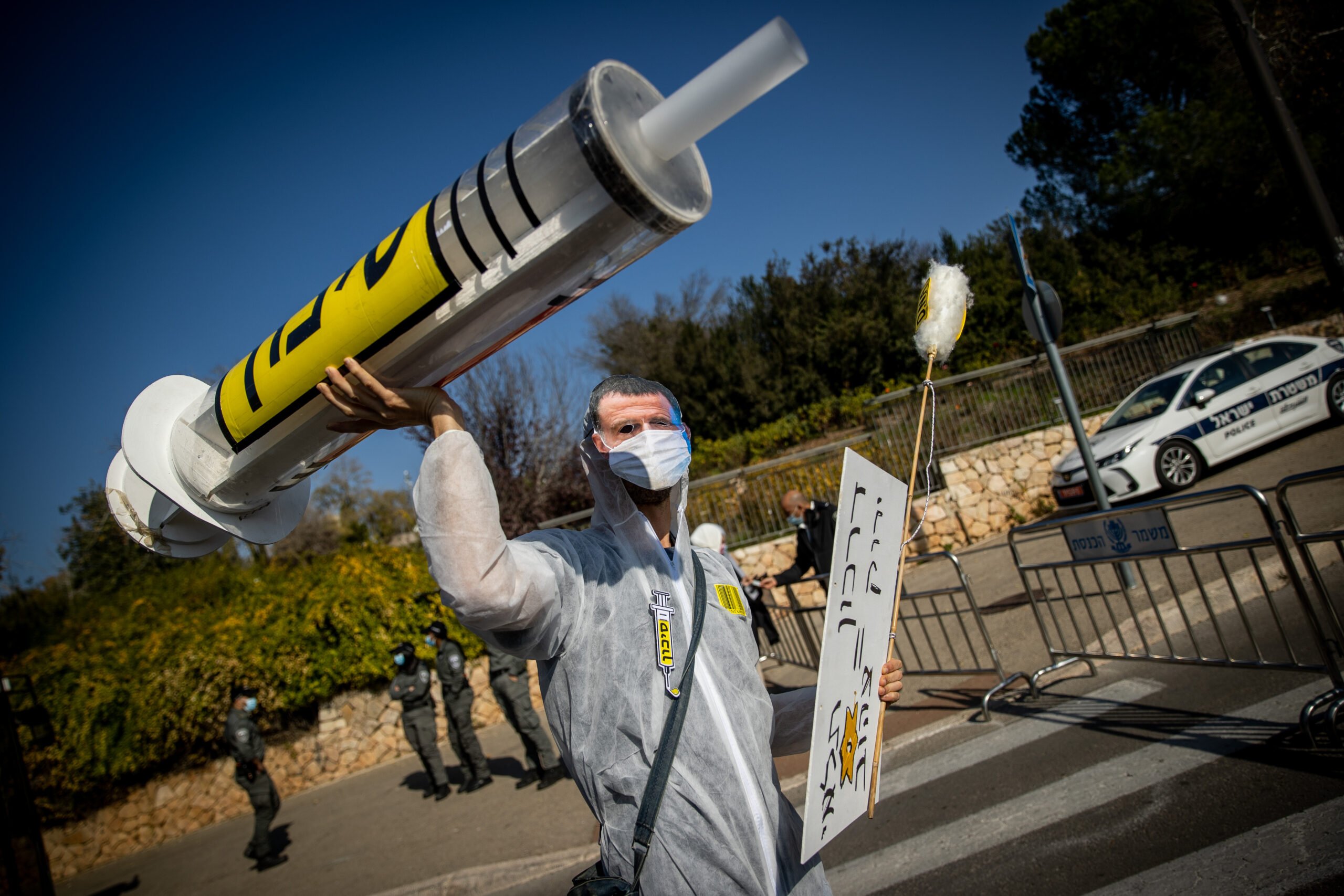 In Israel, too, we have anti-vaccination protests

But at least we can look at the ancient Egyptians and know that we don’t have it as bad as they did. In this week’s Torah portion, Va’era, Egypt was afflicted by not one, but 10 plagues. Why so many? Those of us living through the coronavirus crisis can attest that one is enough. The reason was that Pharaoh refused to acknowledge God’s authority and would not let the people of Israel go. Had he done this after the first plague, he could have saved his country. Instead, he remained stubborn and had to watch Egypt literally go under (in the Red Sea).

Is the situation really so different today? Despite protests by many experts against the draconian coronavirus restrictions, the politicians stubbornly continue down their chosen path. The initial panic when we knew far less about the virus continues to determine political decisions a year later. We can only hope that, as with the Exodus from Egypt, there will be a happy ending and that we, like the people of Israel, will spontaneously break out into singing after crossing the Red Sea.