The Politics of Our Pandemic Problems

We’ve all read the headlines, so why is Israel in its third national lockdown? What went wrong and why are we still sitting at home waiting for answers?

We asked two Israeli experts and were surprised by what they had to say. 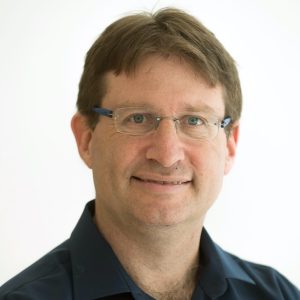 Professor Nadav Davidovitch has been working in the field of pandemics for over 20 years and is actively involved in developing Israel’s and the international community’s regulations for dealing with COVID-19.

“When I first heard about COVID-19, I began gathering facts from the CDC, World Health Organization and our own databases here in Israel, and with my colleges presented plans on how to deal with the pandemic,” he told Israel Today.

“At the time there were tensions between Prime Minister Netanyahu’s Likud and Benny Gantz and the ‘Blue and White’ party,” Prof. Davidovitch recalled. “Suddenly, decisions were being made to shut down the entire country, decisions that had not come from medical or public health officials, but from politicians. During the same period, the Prime Minister had weakened the Ministry of Health.” 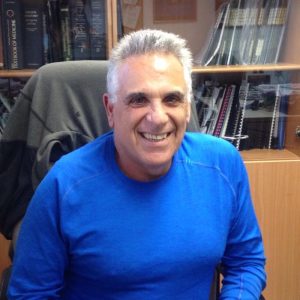 Professor Eitan Friedman is former chairman of the Center for Health Policy Research in the Negev, head of the Department of Health Systems Management and currently head of the School of Public Health. “I concur,” he told Israel Today. “I can tell you that 80% of the decisions about the lockdowns and the Corona testing were made by politicians, only 20% by certified medical professionals. Instead of approaching this with scientifically proven methods, and specific plans that we have in place for dealing a pandemic, we improvised, and decisions were made based on fear and politics.”

“From the beginning,” Friedman continued, “we should have been talking about the pandemic in a different way. There was a global hysteria from February to April, but by May we understood that this is not the Black Plaque, the Holocaust, or the Spanish Flu. The mortality rate among people who are not elderly or do not suffer from underlying diseases is extremely low. Nearly 99% of people will survive even if the entire world was infected.”

Prof. Friedman revealed that “early on, when we wanted to target high risk or super-spreader populations, the politicians were afraid. Haredi neighborhoods and Arab towns have had huge numbers of infections and should have been closed off immediately to prevent spread. But the Prime Minister and senior government officials were afraid of being called ‘racists’ or ‘bigots.’”

As a result of that fear, Friedman continued, “There has been a lack of transparency. Our political leaders made people afraid and talked about horrible numbers of critically sick, scary death tolls and hospitals collapsing. But none of that has happened. We Jews love to be scared.”

Israel Today: How should we handle this pandemic? Just let everybody get sick?

Prof. Davidovitch: No, of course not. We must protect our elderly and endangered populations, while the rest of the public develop natural immunization. Instead, we put everyone into lockdown which has caused more pain and suffering than the virus. We spoke to government officials, but they were not really interested, not paying attention. There is no need for nationwide lockdowns. The problem is we have politicians making decisions on public health and not medical experts.

Prof. Friedman: There is no reason for these severe lockdowns, now the third time in Israel. Children are locked out of school, businesses are shuttered and we are told that the hospitals are about to collapse. The numbers we hear daily of how many people are infected is part of the policy to make us afraid and keep us locked down. The threats that the hospitals will collapse caused the government to make uninformed decisions about how to handle the pandemic.

You spoke to the government and even Prime Minister Netanyahu about this?

Prof. Friedman: Yes, but who is counseling the Prime Minister? Mathematicians and physicists! When decisions are not being made by qualified medical personal and public health experts, they do not line up with the science. There are plans for dealing with this pandemic sitting in a drawer. Why has no one bothered to look? We know how to deal with a pandemic. I have more than a strong suspicion that decisions were made based not on the public’s health alone.”

Ok, no lockdowns. How do we protect people and control the spread of the virus?

Prof. Friedman: Protect the endangered populations while the rest of the public develop natural immunization. “We will be able to return to normal life once 2 million people are vaccinated. These are the elderly, those at risk, medical workers, schoolteachers, and other public service workers. Children and youth up to 20-years-old do not get critically ill from this virus. In fact, the flu can be more dangerous for them. They should be allowed to develop antibodies naturally through contracting the disease, but instead we are isolating them and keeping them out of school, while in almost every country in the world children are in school.

Prof. Davidovitch: I don’t like to call it “herd immunity” because that is the term used when we test animals to learn about disease control. I call it “deep population immunity” which is the only way to beat any pandemic. And the only way to achieve population immunity is through the normal spread of infection, or through a vaccine. There is no difference between contracting the disease or getting a vaccination. Both produce the exact same antibodies and protections. Both produce the exact same results, and the virus is controlled when we reach deep population immunity. Throughout history this is how pandemics were erased.

This is not what people think of as “herd immunity.” We don’t just let people get sick. We protect the vulnerable, but allow immunity to spread both naturally and with vaccines. Israel has a great public health system. Our clinics and baby care units do a great job and there is a lot of trust in the system, so vulnerable people are getting vaccinated very quickly.”

With all the poor decisions and government interference, now that Israel is on track with a smooth and rapid inoculation program for the elderly and at-risk populations, it looks like the Jewish Nation may again be first – the first nation to get back to normal – at least that’s what the politicians are telling us. (David)