Speaking in Moroccan at a Hanukkah celebration hosted by the Israeli delegation to the United Nations to mark the end of Hanukkah and the lighting of the eighth candle, Israel’s ambassador to the UN Gilad Erdan said to his counterpart, Moroccan Ambassador to the United Nations Omar Hilale: “Welcome my dear brother, it is my wish that our two peoples will celebrate many holidays together.” Ambassador Hilale responded: “There is no alternative to peace.”

Also participating in the celebration were the ambassadors of the United Arab Emirates and Bahrain and other regional diplomates.

This marked an historic first for a UN event including both Israel and Morocco, and the first official event for both countries since the announcement of the establishment of diplomatic relations.

The event was organized by the Permanent Mission of Israel to the United Nations and co-hosted by the Forum for Cultural Diplomacy, which is reflective of the peace agreements recently signed by Israel with several Arab countries, included the participation of UN ambassadors from all over the world representing all UN members. The event was broadcast via Zoom to UN delegations, the diplomatic community and Jewish organizations throughout the United States. During the event, a special video was broadcast that included greetings and the lighting of a Hanukah Menorah by the ambassadors of the United Arab Emirates, Bahrain and the United States. Also alongside them were the ambassadors of Australia, Italy, Guatemala, Rwanda, Albania and India. After the lighting of the first seven candles by the various UN ambassadors, ambassadors Erden and Hilale lit the eighth candle together and spoke on the occasion of the establishment of relations between Israel and Morocco. 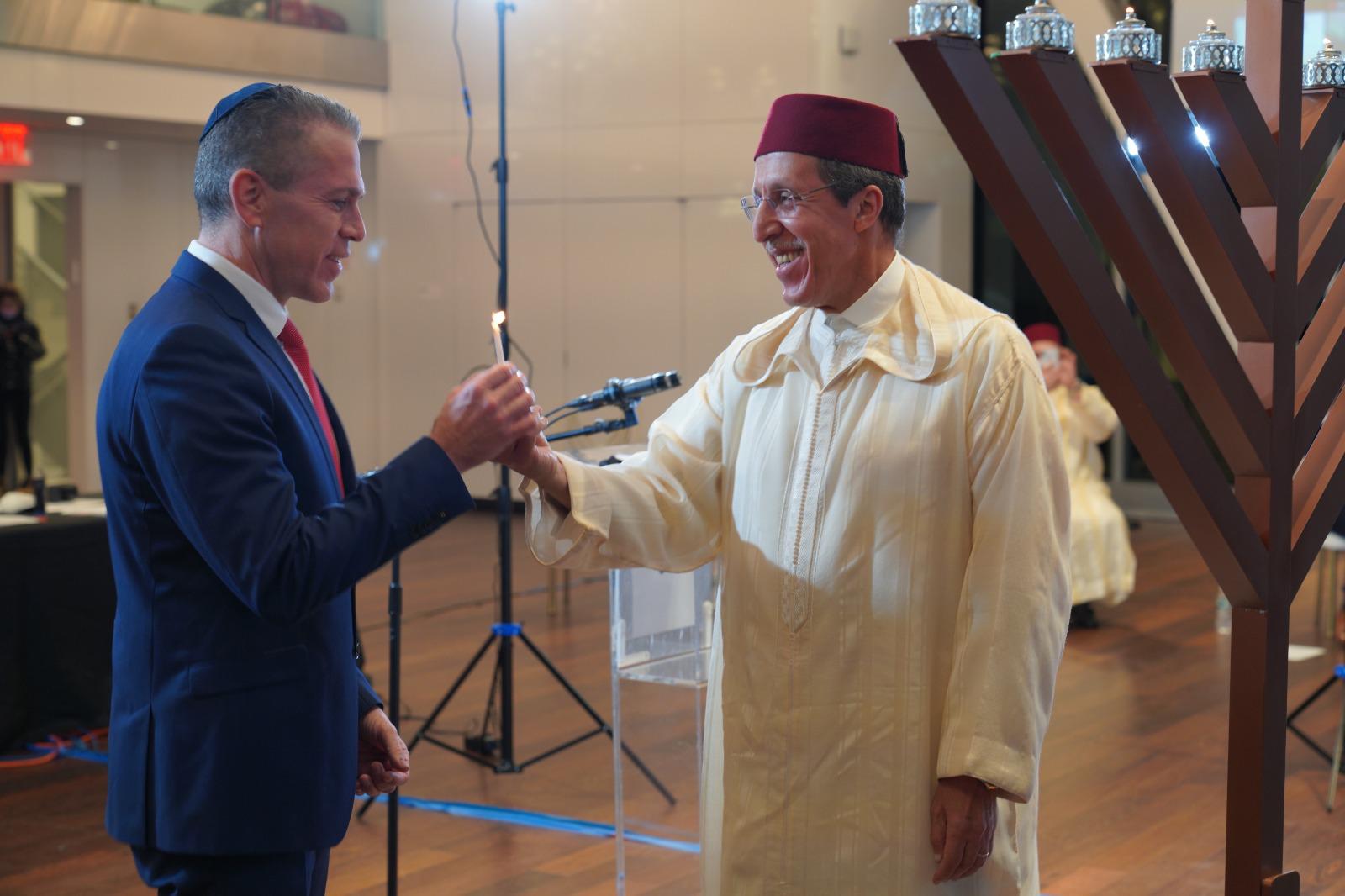 Addressing Ambassador Hilale, Ambassador Erden gave the opening remarks adding: “If you had told me a few months ago that I would lighting Hanukkah candles with friends from the Emirates, Bahrain and Morocco, I would have told you that this will never happen. Today we are showing the younger generation that anything is possible.”

He continued, saying “we are all the sons of Abraham, and at the end of the day, we must sit together to make peace, to exist together and to make a better future together for the next generation.”

US ambassador to the United Nations Ambassador Kelly Craft added: “The Abraham Accords have made 2020 a year of peace.”

Bahrain’s ambassador Jamal Faris Al-Ruwaie: “The peace agreements present an opportunity to strengthen stability, prosperity and peace in the region.”