Believers from around the world love to come up to Zion to worship in the Land of the Bible and follow in the footsteps of Yeshua (Jesus).

This year, we welcomed a unique group of Orthodox Ethiopian Christian pilgrims who came to celebrate the Epiphany, a Christian feast day that marks the revelation of God incarnate in the Messiah. 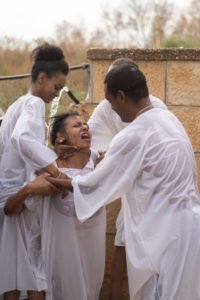 Baptism in the Jordan River is an emotional experience. Yaniv Nadav/FLASH90

The desert site is called Qasr al-Yahud in Arabic, or “Castle of the Jews.” The nearby Greek Orthodox Monastery of St John the Baptist was built to look like a castle, and tradition holds (even Arab traditions) that Israel crossed the river under Joshua’s leadership into the Promised Land at this spot (thus “Castle of the Jews”).

Since Israel opened the site in 2011, pilgrims have been flocking to the spot located on the southern banks of the Jordan east of Jericho. This is also considered the traditional site from which the prophet Elijah ascended to heaven.

Eastern Churches following the Julian calendar observe the Epiphany Feast on January 19. In Western Christianity, it is observed on January 6, and commemorates the visit of the Magi to the baby born in Bethlehem and the physical manifestation of Yeshua to the Gentiles.

2019 was yet another record breaking year for tourism to Israel with close to 5 million visitors, according to the Ministry of Tourism, with Christians numbering more than 60% of all tourists.

My Tips for Trips to Israel

People often ask me when the best time is to visit Israel. That depends a lot on what you want to do.

If you are on a budget and would like to save money, the best time to come is in February. This is the slow season in Israel and hotel prices and flights are at seasonal lows.

The weather in Israel in February can vary. We can get plenty of warm sunny days, but also cold and rainy ones. It’s unpredictable, but if you are coming from cold European or North American countries, you will find it mild. We watch Scandinavians swimming in February with temperatures around 15 degrees Celsius, and we shiver. Israelis won’t go near the beach unless the temperatures are near 30 (around 85 degrees Fahrenheit) .

The nicest weather is in Spring and Fall. March is a great month to come because prices can still be reasonable, and the weather is getting milder. Though you can get an occasional Khamsin, one of the desert sand storms with high temperatures that normally accompany the transition from winter to spring.

April is nice because of the weather. Usually the rains have waned, and of course it is the time for Passover. Coming to Israel during the Jewish holidays is special. People are out and about, and you get to experience the heart and soul of the country, not just the landscapes.

Beware, however, the prices are high during the holidays, and hotels and flights are packed. Plan your trip early if you would like to come for Passover. And be prepared to eat Matzoth, the unleavened bread we eat for a week, as there are by-laws against selling bread or any product containing yeast during the seven-day holiday. Always check your calendar to find out when the Jewish holidays fall.

Summertime is of course the most popular season to visit Israel, as kids are out of school and most people take their vacation. Like any tourist destination, Israel is packed in summer and prices are high. And it’s hot. It can get as high as 40 degrees in July and August, so walking during the daytime is difficult, and there is not much shade. 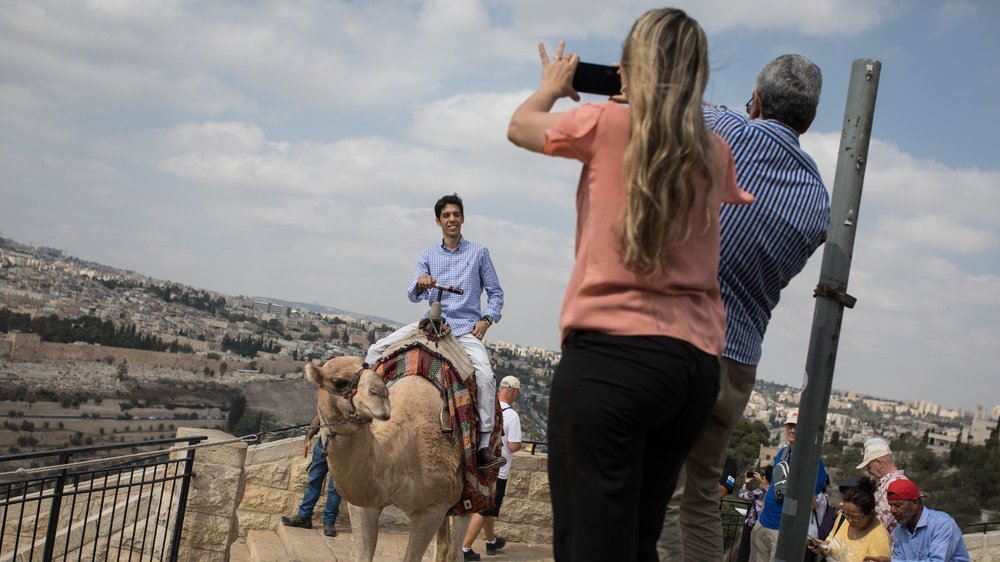 When’s the best time to visit Israel? That depends on what you want to do.

My favorite time of the year is the fall which usually begins around September-October. That’s when we celebrate the Fall Festivals of Rosh Hashana (the Jewish New), Yom Kippur (Day of Atonement) and Succoth (the Feast of Tabernacles). It is the time of year that Israelis have been waiting for. The hot summer is past, and the cool breezes are returning. Everyone is home from summer vacation and it’s time to start the New Year. Here in Israel we start our year with a month of inspiring Jewish celebrations with family and friends.

These are the days you will find Jerusalem filled with worshippers, Jewish and Christian, praying and looking for God’s blessing on their families and nations. As can be expected, prices are high during these months, but for my money it is worth it. You can experience all that Israel has to offer – its people, its land, traditions and heritage on the ground, or at the beach, and start your year like we do here – with celebrations of thanksgiving for a year past and fresh hope for what is coming.