The Palestinians are having trouble garnering much attention these days, both in Israel and in the international community. Corona remains the top story of the day, and when it comes to Israel’s international relations, Iran’s nuclear program and rapidly advancing normalization with various Arab states are the topics that dominate headlines.

For the past four days, crowds of Palestinians have gathered at the Gaza border every evening and engaged in violent confrontations with Israeli soldiers.

These are not mere placard-waving protestors. Special “night confusion units” set tires on fire and roll them toward the border fence to provide cover for rioters who then hurl incendiary devices at the Israelis.

Israel, however, has refrained from serious military responses except in the cases where Gaza rioters sent “fire balloons” over the border, which then set ablaze Israeli fields and property. In those instances, the Israel Air Force responded by bombing Hamas terrorist installations in Gaza. 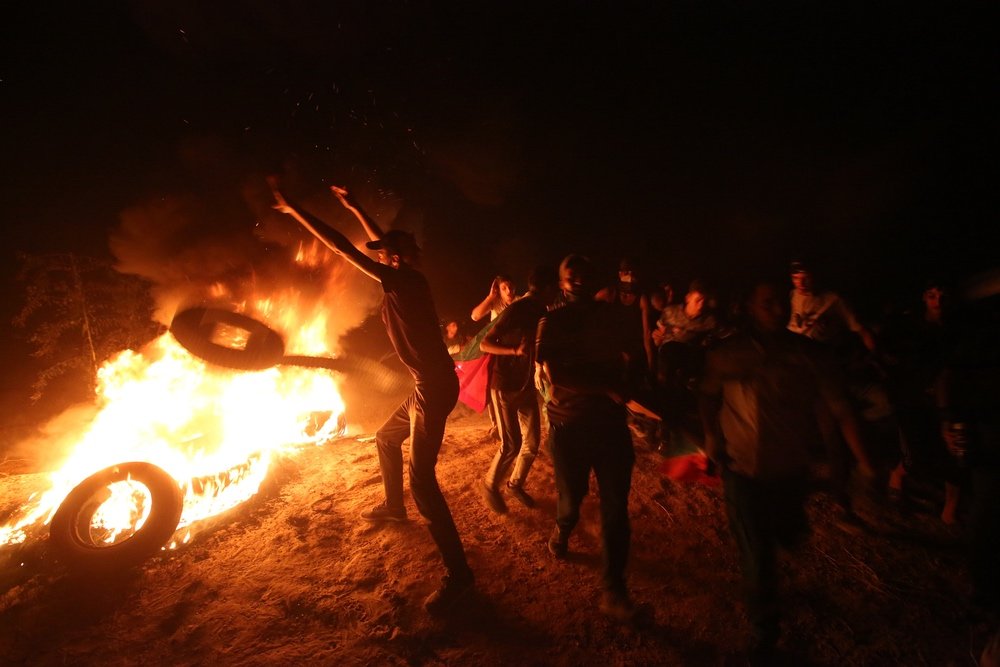 Riots along the Gaza border have been happening sporadically for the past month. In late August, an Israeli Border Police officer was shot and mortally wounded by a Palestinian rioter. Barel Shmueli, 21, succumbed to his wounds on Monday and was laid to rest in Tel Aviv.

Also in late August, Gaza officials report that a 13-year-old Palestinian rioter was killed when Israeli forces responded to an assault on the border fence.

Few Israelis are fully aware of what’s going on down south. And even fewer would consider it a top priority.

Israel’s COVID-19 infections rates continue to rise, even as some two million children returned to school on Wednesday. For the government, curbing this fourth Corona wave is the order of the day.

And when Prime Minister Naftali Bennett visited Washington last week, he and US President Joe Biden no doubt touched on the Palestinians, but they weren’t a major agenda item.

From Israel’s perspective, this is both a good and a bad thing.

The world, including the Arab states, is clearly losing interest in the Palestinian issue, which provides an opportunity for Israel to turn the tables on the deceitful mainstream Palestinian narrative and instead push for peace on its own terms.

At the same time, it makes the Palestinians increasingly desperate, and more likely to lash out with violence. Points of deterrence such as Israel’s military might and the mounting displeasure of Arab donor states seem to have done little to dissuade Palestinian intransigence, so it’s difficult to rely on pragmatism from the Palestinian Authority, and its certainly not expected from Hamas.