As recorded in ancient documents, the Sea of Galilee, Israel’s beloved national lake, can have its moments of mortal danger (Mark 4:37, Matthew 14:30). New aerial technologies are helping prevent deaths.

This summer, the Tiberias chapter of the rescue organization United Hatzalah received a special life-saving tool – an aquatic rescue drone. The new drone is powerful enough to carry and safely drop a life preserver to save drowning swimmers anywhere on the Kinneret Lake (as the “Sea of Galilee” is called in Hebrew).  The drone is the newest tool in the effort to curb the number of fatalities caused by drowning incidents on the lake each year. 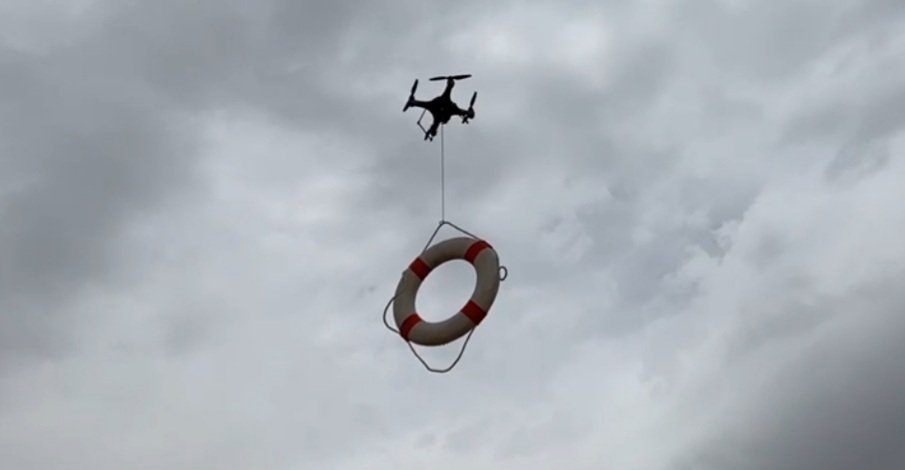 During the hot summer months in Israel, thousands flock to the Kinneret Lake. Many stay in or around the city of Tiberias. Due to the crowded beaches and the lack of knowledge about the dangers of the afternoon wind and undertow that sweep swimmers out to the center of the lake, multiple incidents of drowning occur annually. Utilizing a rescue boat and a number of jet skis, United Hatzalah volunteers assist the maritime police in patrolling the lake throughout the swimming season from April until October. 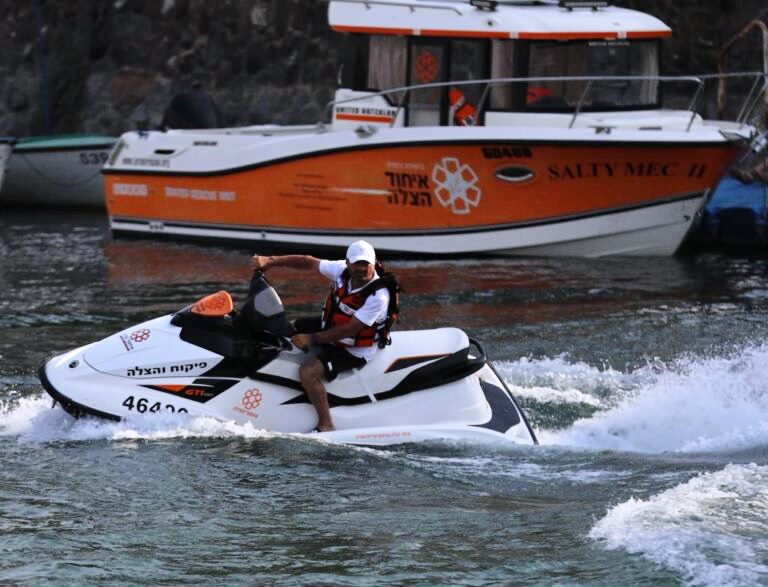 UH rescue boat and Jet Ski on the Kinneret

Now, a new tool has been added to the lifesaving arsenal. The new drone is able to lift 2 kilograms of payload weight making it capable of carrying a life preserver or lifejacket. It can fly to the center of the lake and back. The Kinneret Lake/Sea of Galilee is 13 km wide (8 miles) and 21 km long (13 miles).

One of the other special aquatic features that this drone has is that it is water-resistant. Unlike most drones, this drone can land in water using special floating devices which keep it afloat, and then take off once again without sustaining damage to its systems. This allows the equipment to be delivered safely to any drowning victim even if the drone connection fails and the drone plummets to the water.

Locating swimmers in distress after dark

The first-ever aquatic rescue drone to fly over the Kinneret also carries a specialized camera able to scan the lake and locate drowning swimmers. This technology is especially useful at night when the drone uses a thermal imaging camera to locate people in distress on the lake when the person would be otherwise near invisible to the naked eye.

“The very first Kinneret drone was donated to our chapter anonymously,” chapter head Yossi Oknin said. “We already began practicing drills with the drone. I am very optimistic that this flying rescue machine will make a significant change and help lower the number of drownings we see on the lake annually. The best way to prevent drowning is through proper education, and following protocols. In a case when that isn’t done, the volunteers of United Hatzalah’s Tiberias chapter will always be on call ready to help.”

[Taken from a press release by United Hatzalah.]

These items may also be of interest to you: