On Wednesday, October 21, 2015, United Hatzalah volunteer EMT Michael Cohen was on his way home to the town of Adam, from Jerusalem, on his ambulance motorcycle, when his communications device alerted him to a medical emergency that occurred just outside the town. A terrorist had stabbed a female soldier, and her bleeding was extremely severe – posing an immediate threat to her life. Michael flipped on his siren and sped over to the traffic circle at the entrance of Adam where the stabbing occurred.

Michael arrived quickly together with two other United Hatzalah volunteers. After making sure the scene was safe and the terrorist was neutralized, the three EMTs located the young woman, who was later identified as Dikla Megidish, and who was suffering from a stab wound to her neck. The knife had been removed leaving a gushing wound spurting bright red blood. The EMTs assessed that the knife had torn right through the woman’s carotid artery, leaving her very few minutes to live before completely bleeding out.

With no time to lose, Michael quickly applied pressure to Dikla’s artery, using his own fingers as a makeshift tourniquet. The two other EMTs helped control any other bleeding as Michael held onto the carotid artery in an attempt to stop the life-threatening bleed. After a few minutes, a mobile intensive care ambulance arrived at the scene. The crew carefully took control over Michael’s manual tourniquet and then loaded the woman onto the ambulance to be transported to Hadassah Hospital.

When Dikla arrived at the hospital, she was quickly sedated and attached to a respirator. The next day, just as Shabbat was entering, Dikla’s family contacted Michael and informed him that she was awake and in recovery after surgery. That Saturday night, Michael and the two EMTs drove to Hadassah Hospital to visit the young woman they had saved. 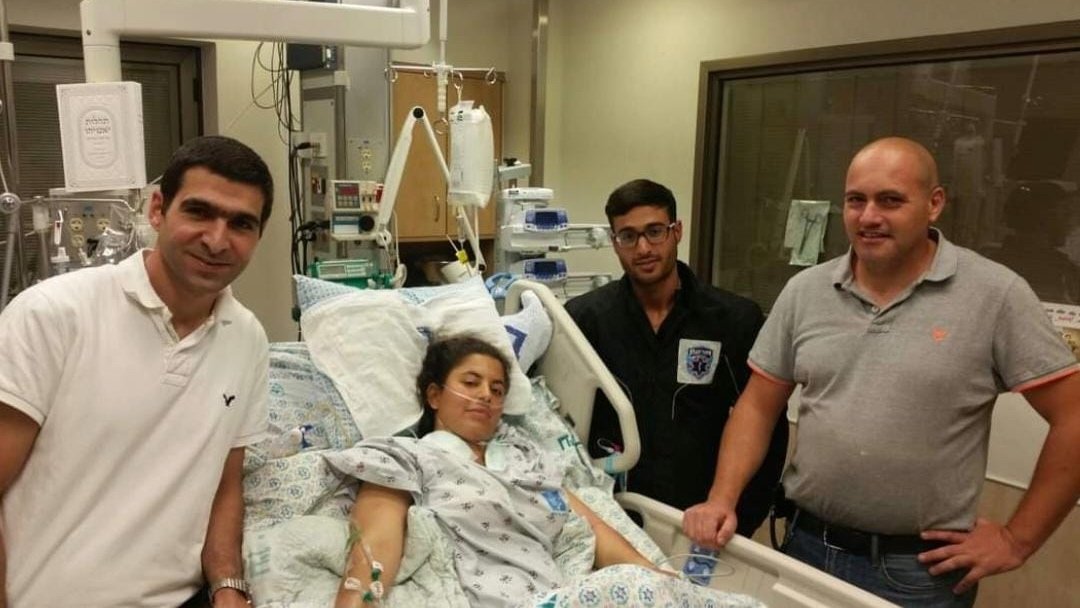 Two weeks ago, Michael received an invitation in the mail. Dikla had gotten engaged to be married and had decided to invite Michael, even after six years. Last Tuesday night, Michael attended the wedding and was welcomed with a huge hug from the entire family.

“When I went to the wedding I was nervous. I hadn’t seen Dikla in six years. I was pleasantly surprised,” said Michael. “I wondered if she would remember me, and especially during her wedding if she might come and say hello. When I arrived, Dikla, the beautiful bride, spotted me from across the room and embraced me with a hug. The groom told me how honored he was to meet me, and they insisted that we take a picture together. Reuniting with Dikla at her wedding was a once-in-a-lifetime experience, and I am honored and grateful that I had the opportunity to see how my efforts really did ‘save an entire world,’ the world that Dikla and her family are going to create. For that, I will forever be grateful.”

In Jewish tradition it is said that whoever saves a single life is considered to have saved an entire world. This story, which came as a press release from the United Hatzalah rescue service, poignantly demonstrates just how powerful and true is that perspective.