A war broke out over a hundred years ago during the final months of 1913 that would ultimately determine the future of the Jewish state.

In this war, students, teachers, parents, and regular folk in the streets of Israel joined forces to fight for the soul and survival of a Jewish, Hebrew-speaking nation. For without  Hebrew the Jewish nation could not survive.

That Hebrew would become the language of the emerging Jewish state was not at all obvious, as there were many contenders – French, Yiddish and German to name a few.

The popular and tempting European “culture française” was the first to enthrall Israel’s returning Jews. When the first school of agriculture Mikve Yisrael was established over 150 years ago, about which David Ben Gurion said “Without Mikve Yisrael we would not have a country,” its founders determined it would be “French only.” A public outcry including strikes eventually forced Mikveh and other French-only institutions in Israel to teach Hebrew. Without local folks fighting for their biblical tongue, French could have easily become the “lingua franca” of Israel. 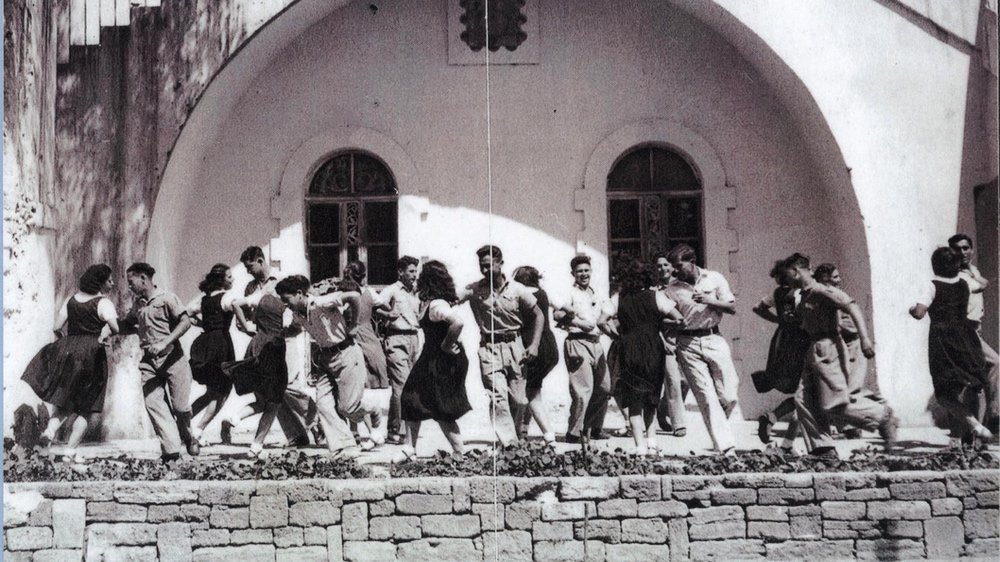 Students celebrating the 75th anniversary of Mikve Yisrael in 1945.

Even Theodore Herzl, the great visionary and spokesman for a homeland for the Jewish people, did not fully grasp the significance of Hebrew in Eretz Israel, the land of Israel. Herzl was quite content for the Jews to speak German in the land of their fathers. Addressing the Basel Congress in 1895, Herzl declared in German, “We will not be able to speak Hebrew with one another. Who amongst us would ever be able to buy a train ticket in Hebrew? I think the main language will be German.” Like most of the world, even Herzl could not fathom how the ancient Semitic language could be adapted to function in the modern industrial world.

Today there are almost 7 million Jews and nearly two million Arabs able to buy a train ticket in Hebrew. 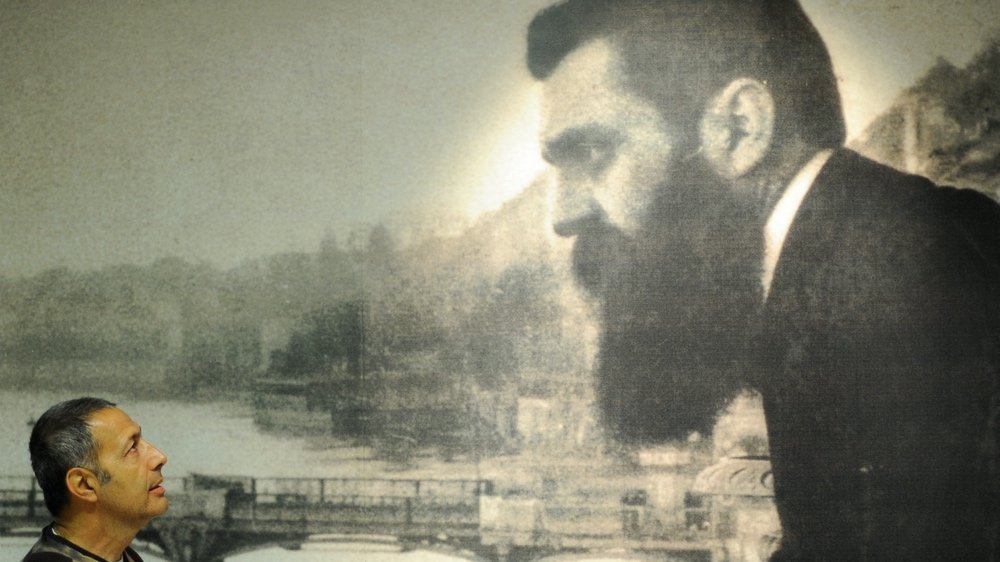 Even the great visionary Theodor Herzl could not imagine a future Jewish state somehow reviving the ancient Hebrew tongue.

But the final outcome of these Hebrew wars had already been determined a generation before Herzl. As Jews came back to settle their homeland, on their own initiative and impulse they chose biblical names for their new communities like Petah Tikva (a door of hope), Rosh Pina (chief cornerstone) and Rishon Letzion (first in Zion). Though never before had an ancient language been restored to become a modern spoken tongue, intuitively (prophetically?) these secular, European and Enlightenment Jews were drawn to their beloved biblical language.

These pioneers went on to establish the first Hebrew schools in the Settlements. In a natural and spontaneous way, they used Hebrew in their daily affairs ultimately determining Israel’s mother tongue. Further proof that while you can take the Jew out of Israel, you cannot take Israel out of the Jew. 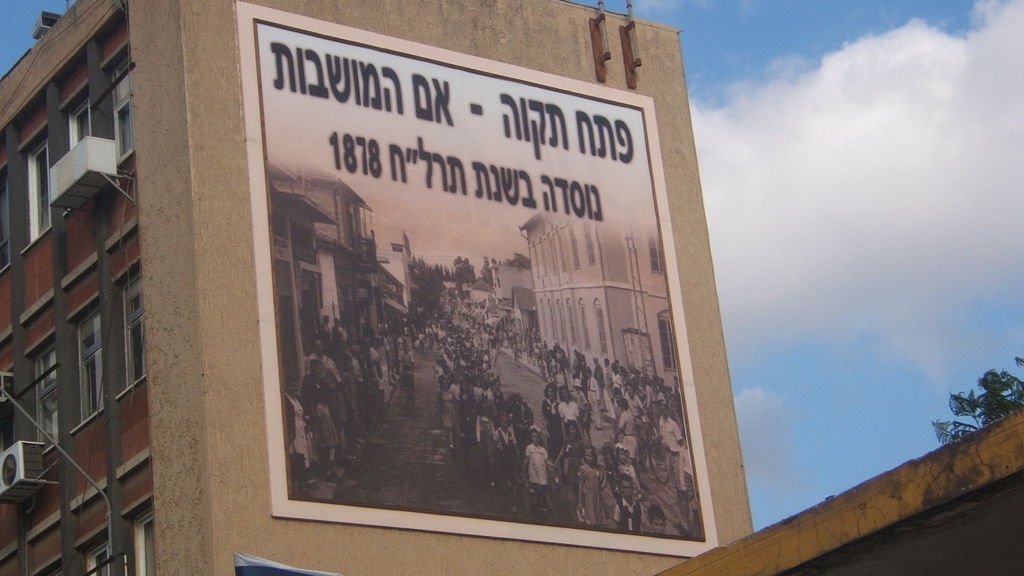 “Petah Tikva – mother of settlements” – Jews returning to the Land instinctively named their new towns in Hebrew, and added more and more of the ancient words to their daily discourse.

For Eliezer Ben Yehuda, considered the father of modern Hebrew, the battle for Hebrew was personal and passionate. Ben Yehuda demanded that his Russian-speaking wife Deborah speak to him only in Hebrew (stories have it they rarely talked!). Their son, Ben Zion, became the first modern native Hebrew-speaking child. Even the family dog had to obey orders in Hebrew only!

Ben Yehuda’s single-minded approach to establish Hebrew as the language of the Jewish people stirred huge opposition among the Orthodox Jews of Jerusalem, who insisted that Hebrew was “lashon kodesh,” the holy language of the Bible and prayer. They refused to speak Hebrew outside the synagogue. Many ultra-Orthodox Jews still adhere to this and prefer to speak Yiddish even while living in Israel today. Ben Yehuda and his family suffered many violent attempts on their lives from religious Jews for speaking Hebrew in public in Jerusalem. 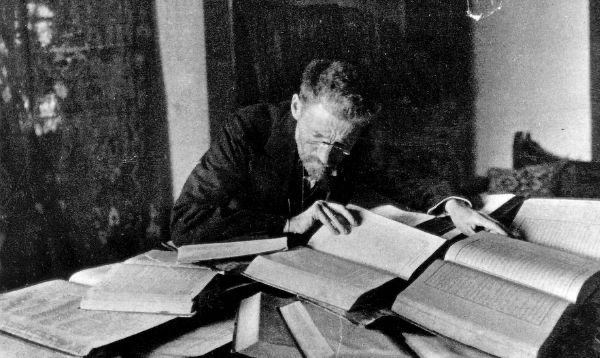 It was the determination of Eliezer Ben Yehuda that made Hebrew again a living language that the Jewish people could adopt for day-to-day life.

Even the ruling Turks of the time, who feared the political impact of a revival of the Hebrew language in Israel, were no match for the incorrigible Ben Yehuda, whose final victories came with the publication of the first editions of the Complete Dictionary of Ancient and Modern Hebrew in 1908. In the final months of 1913, when Haifa’s Technion (the Israel Institute of Technology) finally adopted Hebrew as its language of instruction, the battle over the future language of Israel came to an end. Hebrew had prevailed indisputably. 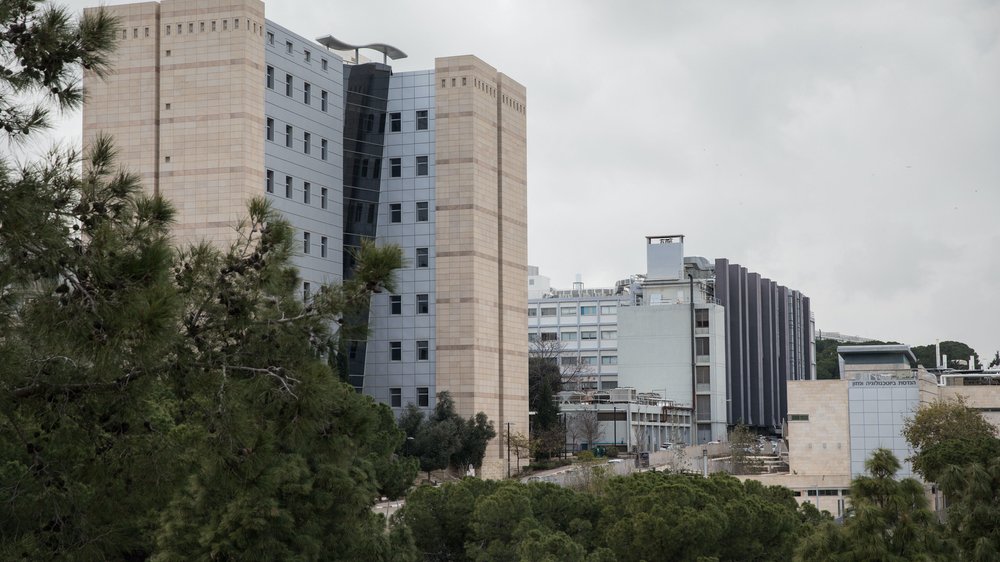 The Israel Institute of Technology (Technion) was the first institution of higher education to formally adopt Hebrew as its teaching language.

That Hebrew was an essential element in Israel’s restoration is an important lesson in history. When the Jewish people were in the Land, and while the Temple was still standing, many compromised their Jewish heritage, assimilated with the dominant Greek and Roman culture, and ended up losing their independence as a Jewish nation. Greek even became the preferred language for the writers of the New Testament. One wonders how history might have changed had the teachings of Jesus and his disciples been penned in Hebrew.

Two thousand years passed before the Jews came back to their biblical language, to their land, and gained their independence once again. Hebrew has always been the little-known secret weapon in the battle for Israel.