Israeli media outlet Yisrael Hayom reported in Hebrew on May 31, 2021 that financial aid administered by the new Dutch Foreign Minister was channeled to Palestinian terrorists. Just last week Sigrid Kaag became Foreign Minister of the Netherlands. Within days, Dutch journalist Lucas Hartung lodged a complaint with police concerning Kaag’s responsibility for the funds that were administered in her role as Minister for Foreign Trade and Development Cooperation. 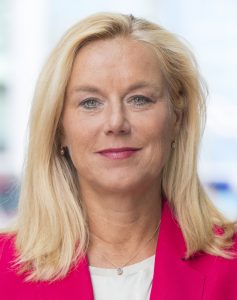 Sigrid Kaag is well-known for her pro-Palestinian sympathies while serving at the United Nations in various roles in the Middle East. She is married to a former top Palestinian Authority official Anis al-Qaq.

Despite calls by Dutch politicians for better oversight of Dutch funds, financial aid from the government was given to the benign-sounding “Agricultural Labor Union,” and ended up paying salaries to the terrorist murderers of a young Israeli woman – 17-year-old Ranah Shenrav. Initially the Dutch government denied this connection, but was later forced to admit it.

”In fact, there is no information on where the money going to the Gaza Strip ends up, since Hamas-affiliated organizations are sophisticated in hiding information and less transparent to Western funders.”

Some of our readers may recall another prominent Dutch woman who, in contrast to Foreign Minister Kaag, saved Jewish lives (during the Holocaust) – Corrie Ten Boom. Corrie told her family’s story in the bestselling book The Hiding Place, also cast as a film of the same name.

Check out this recent documentary on Corrie Ten Boom: A Faith Undefeated