We were curious and asked that question, leading up to the holiday of Rosh Hashanah (the Jewish New Year). Why? Because the chief symbol of this holiday in our day is… you guessed it – honey. Children in Israel grow up dipping apple slices in honey on this holiday to symbolize the hopes for a sweet new year.

So Israel Today approached several people in the Israeli honey industry to be able to share with you some highlights of this fascinating, important and sweet fluid. 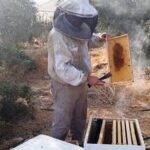 Uri from the town of Tekoa near Jerusalem is an engineer by training, working in the aerospace industry. Harvesting honey from his 5 beehives is his hobby along with his wife Meirav. His honey is completely natural. He keeps his hives near greenhouses of raspberries and blueberries. As his bees pollinate the berries, their honey takes on a fruity taste.

Ron from Moshav Kfar Yehoshua, roughly between Nazareth and Haifa, is 72. He has been involved in making honey since he was a child. His father was a beekeeper, and taught Ron to love this business. The honey he sells is called “Village Honeycomb.” It has two main flavors: Avocado honey, which he produces from avocado trees at Kibbutz Maagan Michael, and eucalyptus honey which he produces from eucalyptus trees in the Alon HaTabor area. Ron likes to move his beehives from one place to another 4 to 5 times a year – each time to an area where special flowers are blooming. The taste and smell of the different flowers are absorbed in the honey nectar. Ron drew our attention to the fact that in winter temperatures, honey gets thicker and lumpy. In summer temperatures it is more liquid. Ron does not mix his different kinds of honey. 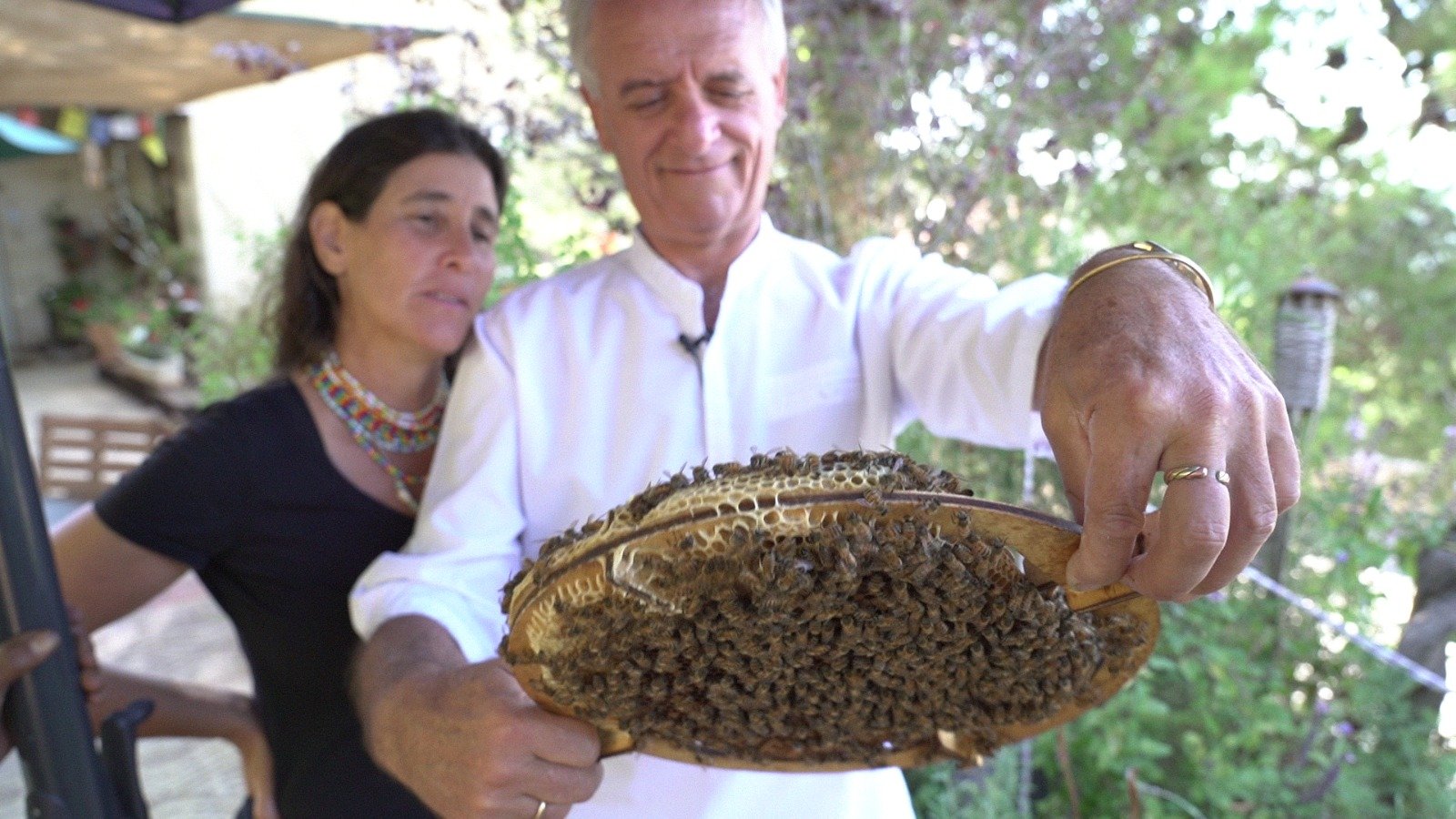 Ron has been making honey since he was a child. 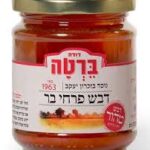 I (Esti) spoke with Emanuel Zan who is the main beekeeper of Israeli-produced “Aunt Bertha’s Honey.”

“The search for the best honey in the world began more than 40 years ago. Our secret,” Emanuel told me, “lies in the method of migrating beehives and placing them in the heart of wild nature. When each flowering season comes to an end, we move the hives to a new flowering area, to ensure that the bees enjoy a natural and continuous diet throughout the honey season. This results in natural, seasonal honey made from 100% flower nectar without any artificial additives.”

Aunt Bertha’s Honey has 7 varieties. Some kinds of honey harden faster and some slower. 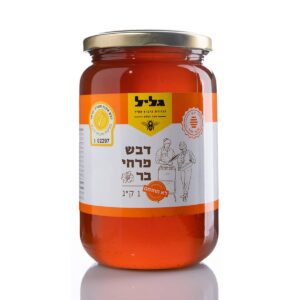 Galilee’s Honey is produced in some of the best beehives in the Galilee and is known for its high quality. The wildflower honey comes from an apiary in Kibbutz Dan in far northern Israel at the foothills of the Hermon Mountain bordering on Lebanon.

The type of honey is determined by the flowers blooming in the area “foraged” by the bees. They have a range of 3 km (2 miles).

Another important fact: Heating the honey facilitates the production process, because it causes the honey to become more fluid and easily go through the machinery; but, pay attention! Heating the honey significantly degrades the quality and nutritional value.

You ask how can you know if the honey has been heated?

The honey should crystallize after about a month at a low temperature (in the summer it can be stored in the refrigerator). If the honey does not crystallize, it is a sign that the honey was heated.

And another little tip from Galilee’s beekeeper – if you add honey to tea, it is recommended to add it when you are about to drink, so that the honey does not lose its natural nutritional value ​​and properties by sitting for a long time in hot tea. 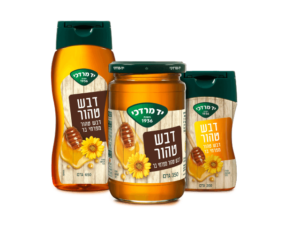 Finally, Yad Mordechai shares their experience in the field, as the biggest producer of honey in Israel:

“The Yad Mordechai Apiary was established in 1936, the year in which Kibbutz Yad Mordechai was initially established. The apiary was founded by the core group of settlers who founded the kibbutz. The pioneer members of Yad Mordechai waited about a year before first settling in a kibbutz called Mizpe Yam, near Netanya, where British and Australian regiments were stationed at the time. It was from these soldiers that the pioneers learned the tradition of honey production. When the kibbutz community moved to its present location in southern Israel [just north of the Gaza Strip] in 1943, honey became one of Yad Mordechai’s major industries. The Yad Mordechai Apiary started out with just a few hives. Today, there are several thousand. The Yad Mordechai Apiary specializes in the manufacture and marketing of natural honey products and is the Israeli market leader, with a share of around 56% of the honey market.”

According to Israel’s Honey Marketing Board, Israel has 120,000 beehives scattered all throughout the land of milk and honey, averaging 35 kg of honey per beehive a year (77 lbs). That’s around 50% more honey per beehive than the European average. Peak honey production in Israel is between May and August. About 80,000 of Israel’s beehives are located near agricultural fields and provide vital pollination to all kinds of plants we eat. Over 500 beekeepers are registered with the board. Israelis consume around half a kilogram of honey per year per person (about 1 lb), with peak consumption around the time of Rosh HaShana and the Fall festivals. 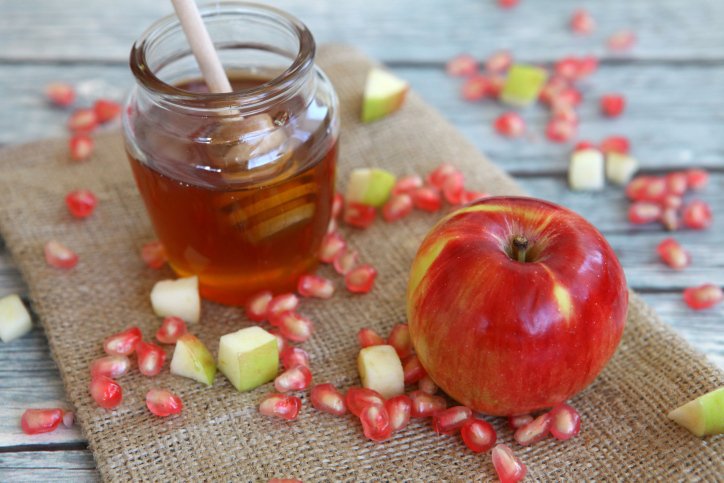 Apple and honey for the Jewish new year

A land flowing with milk and honey

The blessing said at this time of the year in Israel is especially pertinent in our present, challenging times here and worldwide:

“May it be Your will, Adonai our God, to grant us a good and sweet year!”