Since the war between Ukraine and Russia broke out at the end of February, about 15,000 refugees have entered Israel, 5,000 of whom are Jews with a legal right to citizenship under the Law of Return.

Weary of war, they find themselves at the mercy of host families and the generosity of volunteers who provide food, furniture and assistance in finding jobs and schools for their children.

One thing is clear: in the Land of Israel, Jews take care of Jews.

But how far would a Jew go to help another Jew abroad?

After speaking to Miriam Moskovitz, a Rabbanit who serves the Ukrainian Jewish community in Kharkiv as a Shliha (emissary) of Chabad together with her family – I learned that there are no limits.

Miriam escaped with her family to Israel, but not before risking her life to evacuate as many of their community as she could. And even now, amid war, she would put her life at risk again to help but one fellow Jew.

He kissed the Aron Hakodesh (Torah ark) and told God: “We will come back” 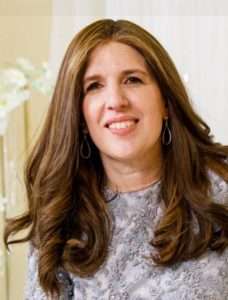 Miriam: We’ve lived in Kharkiv since 1990. We opened a Jewish day school that had 400 students. A day before the war, we celebrated our 30th anniversary. The next morning at 5:00 am, we received a phone call that our city was being bombed.

Israel Today: When you first heard rumors of war, did you take it seriously?

Miriam: Nobody took it seriously; as much as it was constantly on the news, on the streets of Ukraine, no one was panicked. No one felt it would actually happen.

How did you respond to your city being bombed?

It was very surreal. I opened the window and heard bombing in the background. We picked up our married son and his family so they could take shelter in our basement. Next to our school, there was a very big explosion, and all the windows and doors of our school blew out.

What did you do then?

First, the Russians were trying to get into all the main cities, and Kharkiv is only 40 minutes from the border. Once the war began, there was panic, and supermarkets were closed.

How were you able to help the community?

We had very brave drivers that delivered food and medicine to people’s houses, bringing people to shelter in the synagogue and evacuating people to the Moldovian border.

Did you think of escaping?

After the aerial bombings, we realized this was a danger to lives. When we realized the war was spreading, we ended up moving on to Israel, a three-day trip.

How did you feel about leaving?

Our entire mission in life was to serve the Jewish community. My husband went to the synagogue to let everyone know that we would be coming back soon; he went to the Aron Hakodesh (Torah ark), gave it a kiss, and told God we were coming back.

Now that you are safe in Israel, what are your plans?

My children say they prefer the bombs in Kharkiv; they want to go back to their home but with a purpose. We are focusing our efforts to support the evacuation and support the operation.

What difficult sight was branded in your mind while leaving?

As we were driving out, we saw buildings and supermarkets destroyed. It was a chilling feeling. We said ‘tefilat haderech’ (the traveler’s prayer), praying to return there in peace. What is difficult is the desperate phone calls from people trapped in their houses without food.

When you arrived in Israel, you celebrated Purim with the community. Was it hard to be happy?

How do you focus on Purim when you are going through suffering and can’t hear the megila? One of the ladies from the community still in Kharkiv baked hamentashen and sent me a photo saying that she was still hoping for a good ending and victory.

What are your plans now?

We are hoping that if the war stops, we can go back. In the meantime, we call up our people and ask them how they are and help them make Aliyah.

As much destruction as we have seen, and darkness and evil, I also saw an extreme warmth, like a virtual hug from the Jewish people everywhere. A little bit of light can get rid of the darkness. We should all think of how we can help, whether that’s giving a bit more to charity, donating or helping out.

Jewish refugees waiting for bus to the airport and flight to Israel. Courtesy

Yelena Obuchova was born in Ukraine and made Aliyah with her husband in 2013. Her family moved back in 2020 to care for their aging parents and grandparents. Being part of the Jewish community and a teacher at the Jewish school, she sought refuge at the synagogue, where Miriam evacuated her and her family to Israel.

Israel Today: How did you react to the rumors about the war?

Yelena: Until the very last day, we didn’t believe the war would happen.

My husband waited three hours in the cold to get food. There were bombs on his way back, and some of our neighbors died. We didn’t have bomb shelters, so we sat in the basement, where it was cold and smelly.

You were taking care of your elderly family members. How did you manage to escape?

We had a car but nowhere to buy gas. Our friends tried to leave but stood still in traffic for days. I knew that in our synagogue in Kharkiv, there was a bomb shelter. I was a teacher in the Jewish school. I tried to get a taxi which was 100 dollars per ride, because of how dangerous it was.

Was it hard to part with your house and belongings?

I knew that If I stayed there, I would not survive, either from the bombs or emotionally, because of the stress. I knew I needed to be with people at the synagogue.

We got to the synagogue, and maybe God helped us because people were standing outside with their suitcases when I arrived. They said that soon a bus would arrive. I didn’t care where it was going, as long as we were leaving.

How was the journey?

We got on the bus. I prayed that we wouldn’t get hit. We were told we would drive 24 hours to the west of Ukraine. We slept there one night in a hotel. After that, we crossed the border of Moldova on foot and walked a few kilometers.

Was the plan always to come back to Israel?

Yes, because we didn’t have a place without money. In Moldova, we stayed in a massive tent in an outside gym. It was very cold—many volunteers gave us food.

Did you have money to buy plane tickets?

We told them that we didn’t have money. Suddenly, someone handed me a phone number that connected me to a man who offered to pay for 1,000 people’s tickets. We were told to catch a plane from Romania.

How did it feel to arrive in Israel?

I was still anxious; now that I’m in Israel, I can get the help I need because I can’t eat or drink. We were brought to a host family.

We need to find a job. We can’t stay at people’s houses forever even though we are grateful. We came to Nes Ziona on purpose, as our son was raised here and had friends here.

“A Jew who doesn’t believe in miracles is not a realist.” — David Ben Gurion

Perhaps the real miracle is that wherever a Jew is in the world, they are guaranteed that their fellow Jew, whether they know each other or not, will take care of them – because family takes care of family.

Once again, the world with all the evil in it proves that the only truly safe place for Jews (I say this with naive optimism) is in Israel itself.

Still, what would we do without people like Miriam and her family who run towards the fire instead of away from it – all to save a Jewish soul out of service to God?

It is her selflessness that should inspire all Jews to commit to the greatest commandment bestowed upon them as a nation:

We should love the Lord our God with all our hearts, souls and strength (Deuteronomy 6:5) and love our neighbors as ourselves (Leviticus 19:18).

If we did, I’m convinced, the world would be a much, much better place.