While Prime Minister Naftali Bennett continues to pat himself on the back over the government’s handling of the ongoing Corona pandemic, his top health official are essentially saying that Israel has lost control of the situation.

That’s assuming, of course, that it ever really had any “control” in the first place.

“We are trying as much as possible to reduce infections and lessen the force of this [Omicron] wave, but it will be a high wave,” Dr. Sharon Alroy-Preis, head of public health services at the Health Ministry, told Channel 13 News on Monday. She acknowledged that Israel has “no control” over the current outbreak, as new daily infections shot up over 10,000 on Tuesday.

Had this been the tone the entire time, few would bat an eye. But for weeks and months, Israelis have been told by Bennett how effective have been his government’s policies at reigning in the pandemic and keeping Israel running as usual. So to many Israelis, Alroy-Preis’ statement that Israel has “no control” sound more like Israel has “lost control.”

This is especially true of parents of young school children who are being repeatedly sent home and ordered to take PCR tests after exposure to yet another infected classmate. And this is leading to reduced trust in the current government and its policies.

I can personally attest to this, as all but two of my seven children have been sent home for several days of quarantine and distance learning in the past two weeks alone. One child has been sent home three separate times during this period! And every time they are sent home it means another long wait at the nearest COVID testing station. 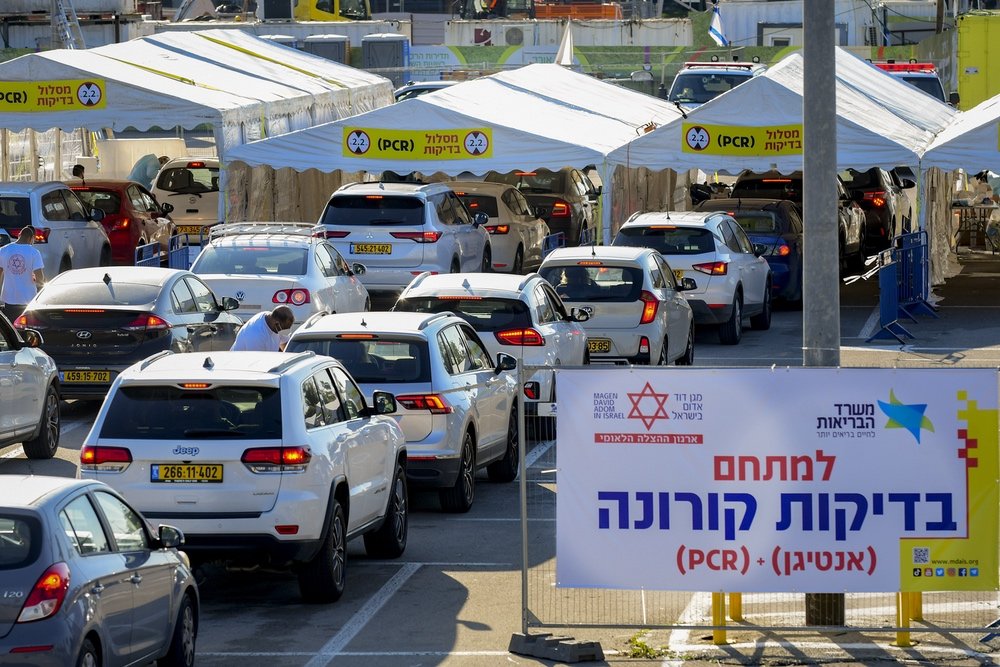 The skyrocketing need for testing has resulted not only in intolerable wait times, but also in a lack of testing kits. Israel could soon run out, prompting the government to urgently consider alternative guidelines. Among the considerations:

While government officials are trying to avoid saying as much, adopting these guidelines would be to concede that herd immunity is the new order of the day. If only symptomatic over-60s are tested following exposure, then we will quickly not know at all who is infected, as Omicron spreads among all age groups.

Even so, Israel’s coronavirus czar Salman Zarka said the government cannot and will not officially implement a policy of mass infection in order to reach herd immunity, even as he acknowledges that nothing short of a strict lockdown can prevent mass infection by Omicron.

Zarka’s objection to enacting an actual policy of seeking herd immunity is that the process could overwhelm Israel’s healthcare system.

At the peak of previous waves of infection, Israeli hospitals were treating 1,200 patients with serious cases of COVID-19. Treating these cases is an intense endeavor that requires isolated wards, special equipment, and pulling much-needed staff away from other patients.

With 1,200 serious Corona patients, Israel’s healthcare system was stretched to the limit. Best-case scenarios put the number of serious cases amidst the Omicron wave at around the same number, 1,200. Worst-case scenarios double that number to over 2,400, which would risk the collapse of Israel’s healthcare system and would almost certainly harm the care of non-Corona patients, possibly resulting in avoidable deaths. 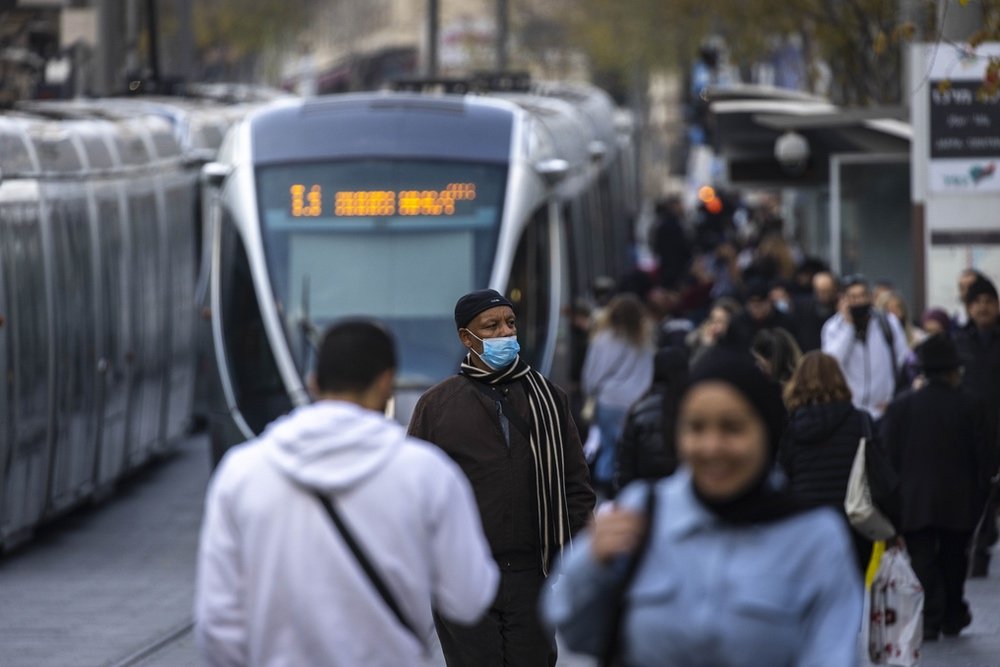 Omicron is raging, and there’s simply no way to stop it without a full nationwide lockdown, which the government has vowed not to do. Photo: Olivier Fitoussi/Flash90

Dr. Alroy-Preis also said in her interview that she can’t in good conscience recommend a policy aimed at herd immunity since it offers no guarantees.

“We don’t know if there’ll be a wave that will wash over us and all will be good afterward, and then there’ll be some kind of immunity,” she noted. “We see that Omicron infects people who are recovering [from previous variants]. How can I be sure that the next variant won’t infect people who caught Omicron? I can’t give weight to these predictions [of herd immunity].”

‘This is how pandemics work’

Dr. Alroy-Preis might be unwilling to give weight to predictions of herd immunity, but other top experts are going out on that limb.

Speaking at a press briefing in his new role as CEO of Tel Aviv Sourasky Medical Center, Gamzu said it was time to lift the air travel ban and other heavy-handed restrictions since such measures have no chance of halting the Omicron wave of infections.

According to Prof. Grotto, with Omicron resulting in far less severe illness, and with Israel now in possession of pills offering effective treatment to those who do fall seriously ill, Corona “has to become more of an individual problem than a public problem.” 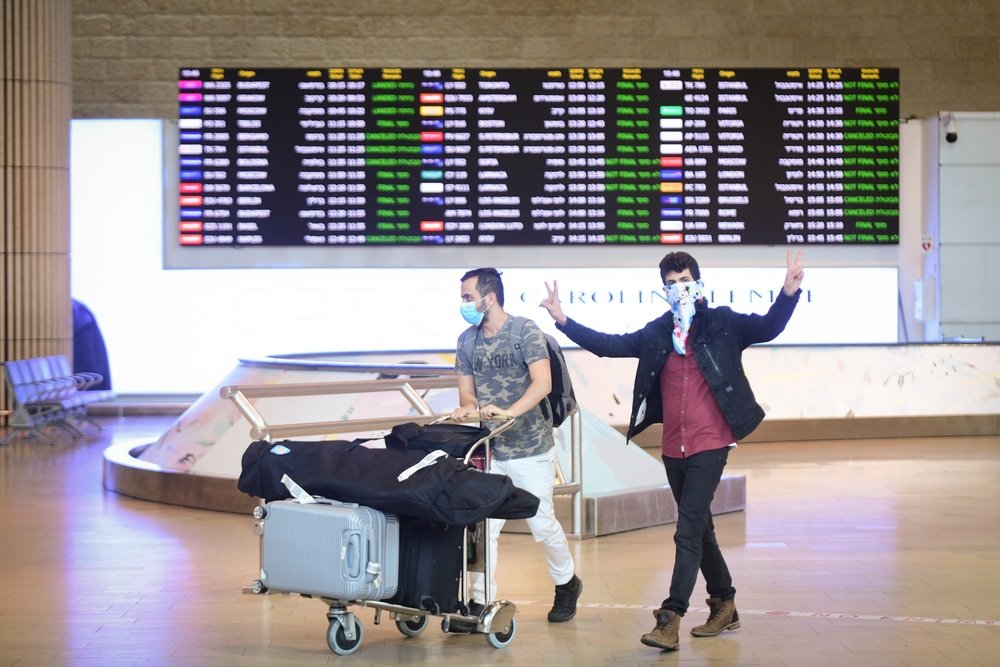 Israel from next week will reopen to tourists from some countries and reduce travel restrictions on Israelis. Prof. Gamzu says this is a move in the right direction. Photo: Flash90

In his remarks on Monday, Prof. Gamzu came out firmly in favor of a fourth COVID-19 vaccine shot, which is currently being offered to citizens over the age of 60 and in high-risk groups.

“The logic behind this is as basic as one plus one equals two,” insisted Gamzu.

In a Twitter thread posted late last month, Prof. Munitz explained why repeatedly injecting citizens with the same strain of a virus makes it harder for them to fight future strains by compromising the flexibility of the immune system.

He insisted that anyone who has actually studied immunology knows this.