Hebrew media reported last week that Israel’s new “government of change” had quietly asked the Biden Administration to save it from public embarrassment by delaying the reopening of the US Consulate in Jerusalem.

One of Biden’s presidential campaign promises was reopening the US Consulate on Agron Street in central Israel. Former US President Donald Trump had folded the consulate into the US Embassy when he transferred the latter to the Israeli capital in late 2019.

The old consulate has continued to serve as the “Palestinian Affairs Unit” under the US Embassy, but not as a full consular mission. 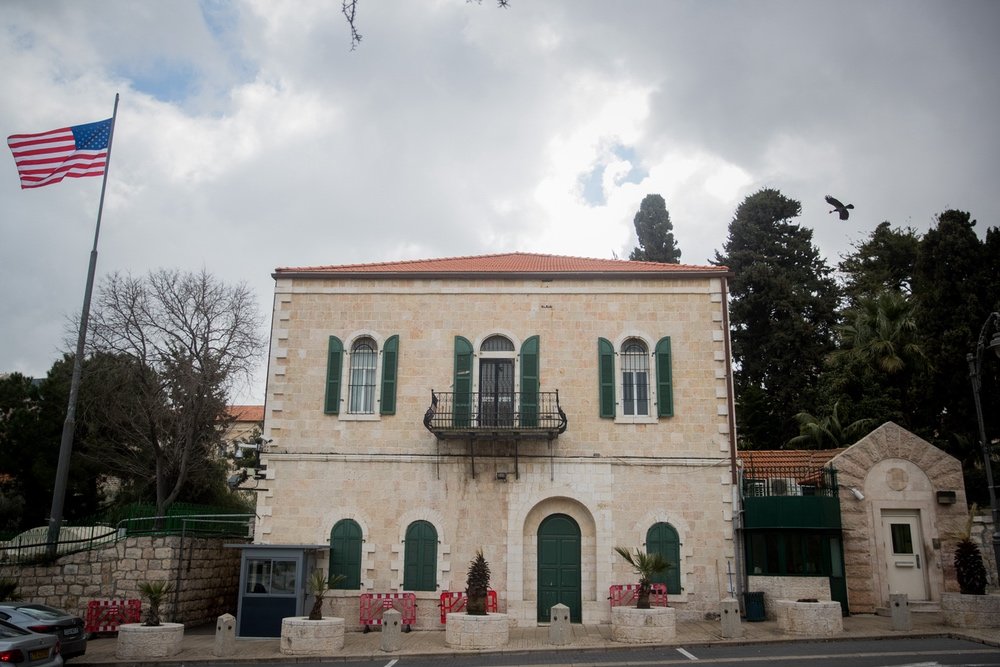 The US diplomatic mission on Agron Street, just opposite Independence Park in downtown Jerusalem.

Just not in Jerusalem

Following the recent Gaza war in May, US Secretary of State Anthony Blinken visited Israel, and reiterated Biden’s intention to reopen the consulate. At the time Benjamin Netanyahu was still prime minister, though by then it was known that he’d soon be replaced by Naftali Bennett.

Netanyahu told Blinken he had no problem with the consulate reopening, just not in Jerusalem. According to the Walla! News portal, Netanyahu insisted that the Americans place their mission to the Palestinians either in Ramallah or the eastern Jerusalem suburb of Abu Dis.

Having a US Consulate to the Palestinian Authority in the heart of Jerusalem calls into question Israel’s sovereignty over the city and suggests that it could still one day be divided, argued Netanyahu.

Netanyahu reportedly issued a veiled threat, telling Blinken that “if you insist on reopening the consulate here, you’ll only help me score more political points.”

Bibi was referring to the fact that by the time the US Consulate reopened, he would be in the Opposition. From there, he would exploit broad Israeli opposition to dividing Jerusalem to paint the Bennett-Lapid government as weak and unable to stand up to American pressure.

In recent weeks, Netanyahu has kept his promise by publicly attacking the “dangerous left-wing government that’s unable to stand up to the decision to re-establish an American consulate for the Palestinians in the heart of Jerusalem.”