As the convoy of airplanes began arriving at Ben Gurion Airport, Jerusalem is enthusiastically rolling out the red carpet to receive the kings and princes from the nations of the world.

They are coming to Jerusalem to commemorate 75 years since the liberation of Auschwitz, and the entire city is up and ready for the visits of King Philip VI of Spain, King Willem-Alexander of Holland, King Philip of Belgium, Prince Charles, and heir to the throne of Norway, Prince Haakon Magnus. Other guests include French President Emanuel Macron, German President Frank Walter-Steinmeier, the presidents of Italy, Bulgaria and Croatia, as well as numerous others. Even Vladamir Putin is scheduled to arrive.

Of course, Israel wants to show her best colors, so the royals will be staying at our famous King David Hotel in Jerusalem (no, David didn’t stay there).

Walking by the King David on my way to work at our editorial offices, the place looked more like a sheltered fortress than a hotel, as the staff gets ready for the battery of kings, princes, heirs and presidents. I’m not sure how welcome our royal visitors will feel walking past the fully-armed guards and Israeli soldiers blocking the entrance to their hotel, or the sharpshooters aiming their rifles from the rooftops overhead. But, surely they’ll get a feel for life in Israel.

The entire hotel, all 233 rooms and suites, have been decked-out for the regal visitors from all over the world. Reports say that the hotel has been preparing for several months to comply with all the necessary security requirements of the visit. 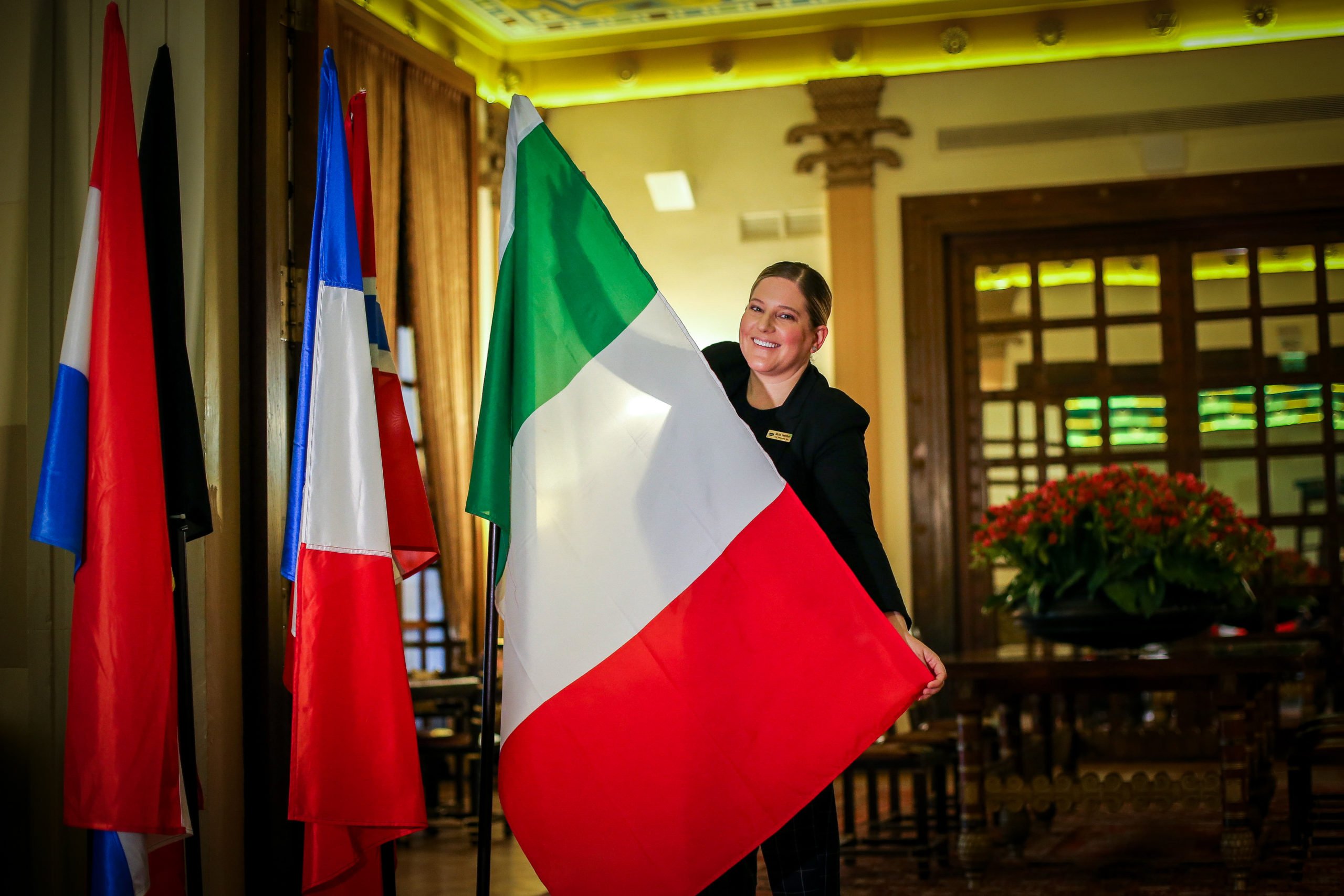 The King David Hotel prepares for its distinguished guests

The hotel has 37 luxurious suites that have been specially prepared, like the Jerusalem Suite, the Presidential Suite and the Royal Suite. Rumors have it that Putin bullied his way into getting the Royal Suite… ????

I am used to seeing armed guards at the train station on my way to work, up and down Jerusalem’s streets and in front of the markets. But what is happening today is extraordinary.

The main highway from the airport to Jerusalem is closed, as are major arteries around the city. Armed guards are patrolling on every corner. It feels like the city has come to a standstill – but when I talk to people on the street, they are not standing still for the kings of the earth – most are just wondering when this will be over and we can go back to our lives.