Each day tens of thousands of Israelis are receiving the COVID vaccine. At first, like a cold engine, our health system was sluggish and disorganized in administering the vaccine. Two weeks ago, when the vaccination drive got under way, I had to wait days until I was able to reach the operator of my HMO. After an hour on the phone, I was scheduled to get jabbed on February 17.

Two days later the phone system fully functional, and I was able to reschedule myself for January 1. A day later I was able to again reschedule, for December 28, so yesterday I got vaccinated at the new Ichilov Hospital vaccination center in Tel Aviv. I arrived a bit apprehensive because on Sunday our national TV station reported that chaos reigns at Ichilov.

Being familiar with the Israeli health system, I arrived early, just to be sure, you know. The person at the reception desk informed me that I was too early, and that I should wait until five minutes before my scheduled time to take a number. That seemed a little too optimistic for me, so I asked for my number 15 minutes before the appointed time. “Come back in 10 minutes,” I was told. So I did, received my number and waited to be called. There were about 200 people waiting, yet 15 minutes later I received the vaccine, and that despite a malfunction in the computerized system announcing the numbers.

I asked the nurse why our national TV news had aired such a negative report on Ichilov. She had no idea, and said that she tries not to watch any of the mainstream local news stations. The “chaos” that had been reported wasn’t just a twisted account, it was downright malicious. Rather than being grateful for unprecedented mass vaccination being implemented in the face of an equally unprecedented pandemic, our media went looking for any fault to be exploited, real or perceived.

That our tax-funded national television station chose to highlight faults in what has so far been an unprecedentedly successful vaccination drive is not a bit surprising. Since the pandemic broke out about a year ago, our media has had nothing but bad things to say about our government (read: Netanyahu), which they have repeatedly accused of failing miserably in its handling of the Corona crisis.

This despite independent reports and statistics showing that Israel is doing pretty well relative to other nations. According to Bloomberg’s “Covid Resilience Ranking,” true to December 21, Israel ranks 17 out of 53 countries. If one removes from the list the less democratic countries (where more authoritarian regimes can impose restrictions with little fear of public backlash) Israel climbs up to the 11th place. Not at the top, but certainly not as bad as our media likes to portray the situation. 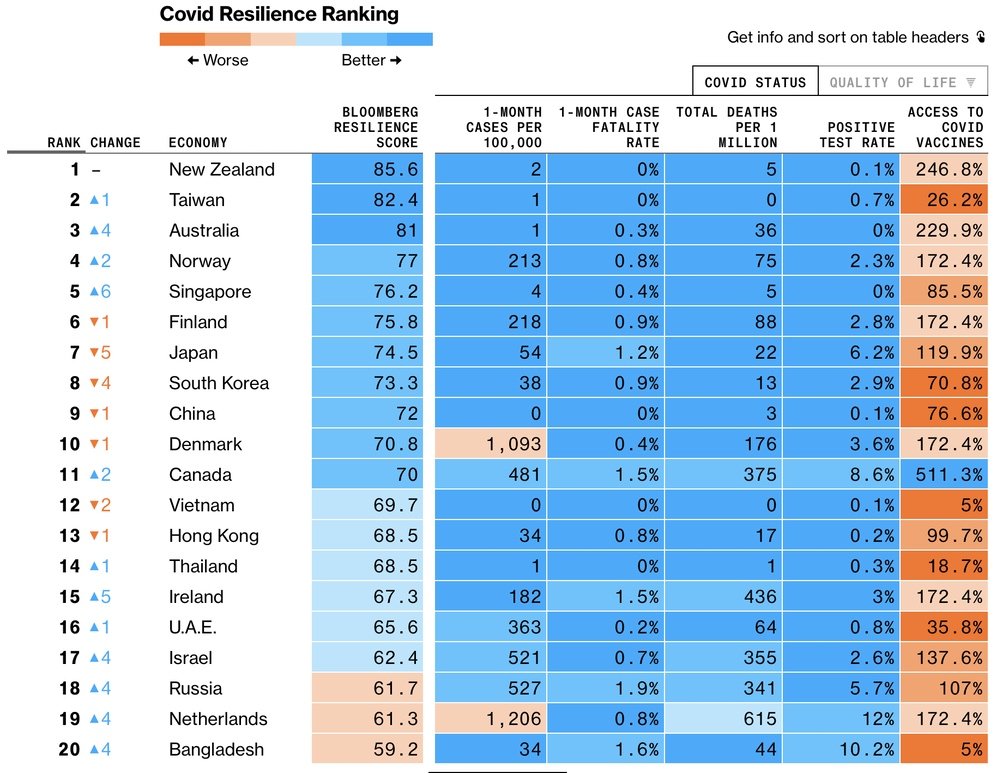 And as far as vaccination goes, as the table below from December 28 shows, Israel is far ahead of the rest of the world. If the current speed of vaccination is maintained, Israel is expected to be the first country to overcome the pandemic. And while ungrateful Israelis are now criticizing Netanyahu for paying an excessive price for the vaccines, analysts say that the cost is by comparison dwarfed by the gains awaiting the first country to emerge from these perpetual lockdowns.

While Israel’s handling of the crisis has by no means been flawless, clear-minded Israelis can’t but be grateful for the efforts of Netanyahu and his government. And judging by the long lines of Israelis waiting to receive the vaccine, it seems that they are.