One of Israel’s worst ecological disasters occurred over the weekend causing widespread pollution to the country’s Mediterranean coast. Presumably caused by a maritime oil spill, loads of tar were found on Israel’s shores from the northern city of Rosh Hanikra to Ashkelon in the south. The beaches are now closed to the public until further notice.

It is still unknown to what extent the local maritime wildlife was harmed. The corpses of a number of animals were found washed ashore, including those of a whale and sea turtles. Veterinary hospitals have taken upon themselves the task of treating as many as possible. Some reportedly found black liquid inside the animals’ lungs, linked to the tar floating onto Israel’s beaches. 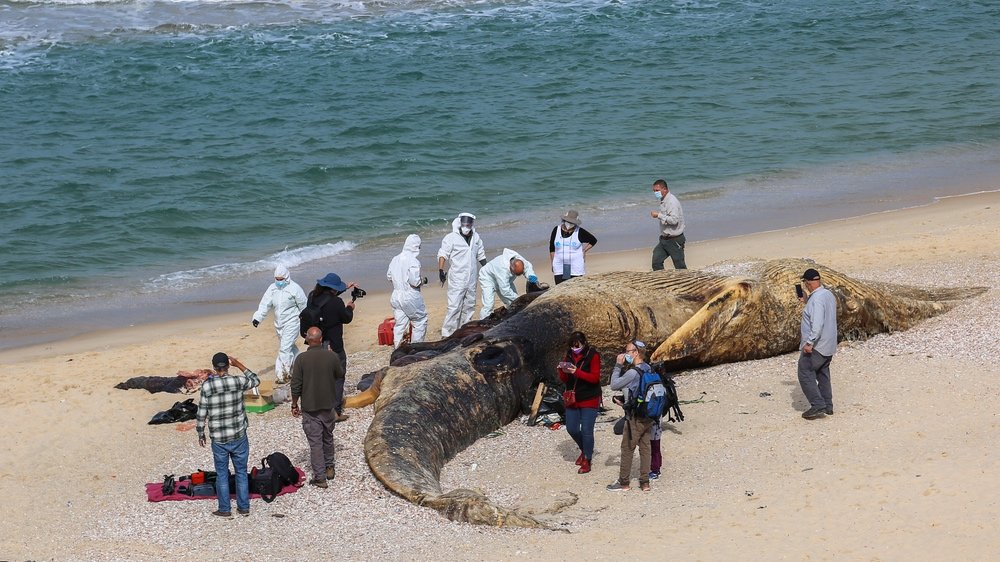 Marine biologists take samples from a dead whale that washed ashore. Black fluid was found in its lungs.

The exact source of the pollution is unknown and currently under investigation. Israel received access to satellite images from the European Maritime Safety Agency showing a dark spot suspected as oil about 50 kilometers from the coast. According to the Ministry of Environmental Protection, ten vessels were identified as passing through that area and it is most likely that one of them is responsible for the tragedy.

Due to the highly sensitive nature of the investigation, on Monday (February 22) an Israeli court issued a gag order at the request of the Ministry of Environmental Protection. The ministry released an official announcement stating that publishing any material at this critical stage is likely to undermine the “complex investigation with international components.” 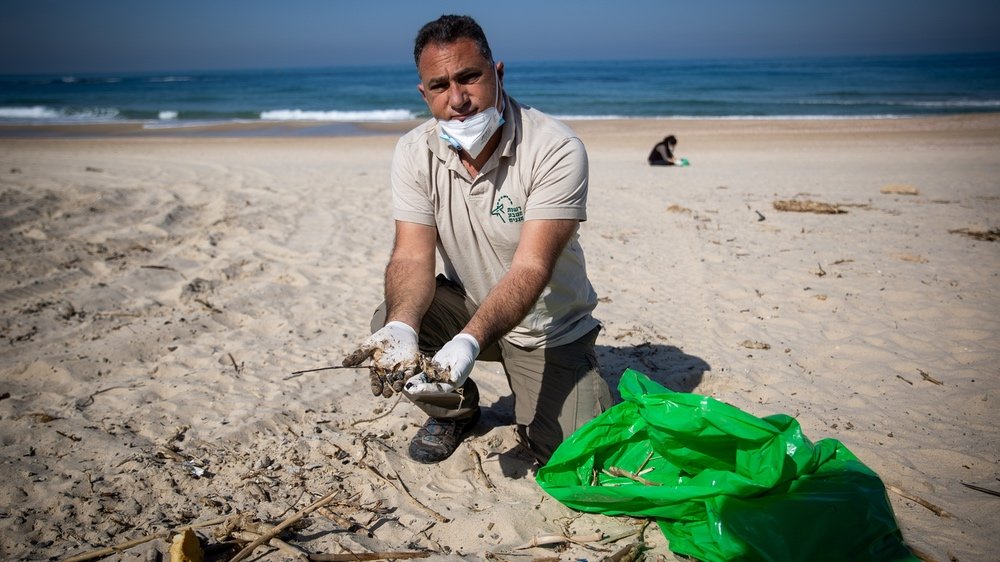 Tar and oil has polluted over 150 kilometers of coastline.

Despite this devastating event, it shows us how at times darkness can actually produce much light.

Immediately after word of the catastrophe broke, thousands of Israelis from all over the country began organizing to clean the beaches. On Saturday (February 18), just hours after the discovery, individuals and groups alike independently descended onto the beaches with trash bags and gloves, ready to help out in the cleaning efforts. 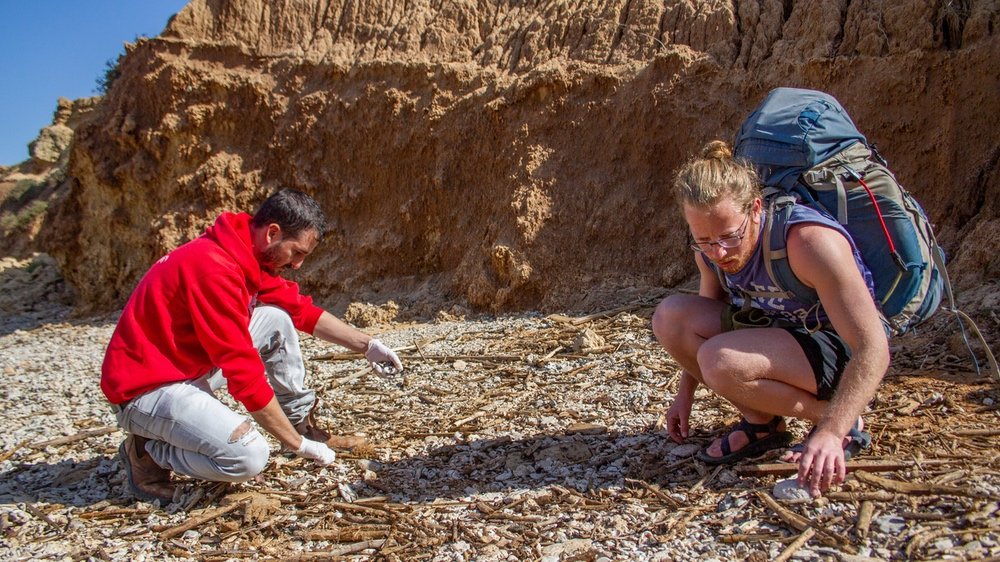 Israelis were quick to answer the call to action.

Israel’s Nature and Parks Authority has been the central body responsible for organizing volunteers this week. On its website, a list of beaches and times where cleaning is taking place are published every day for the general public. Other non-profit organizations have joined hands and are assisting in these efforts, disseminating relevant information on their own social media pages and websites. Thus far, Israelis from all walks of life—religious, secular, Jewish and Arab—have answered the call. 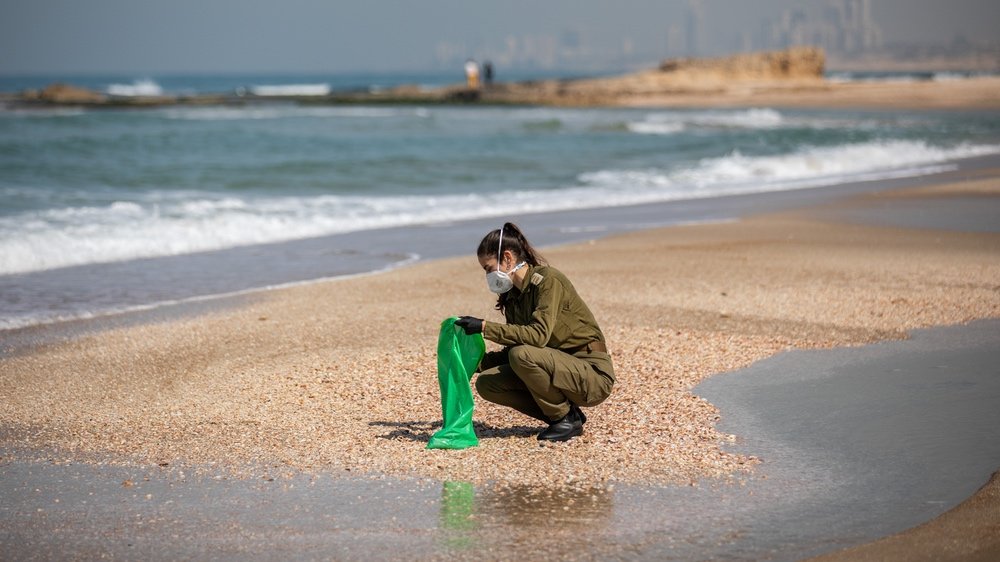 IDF soldiers were also deployed to help clean up our beaches.

The massive civilian enlistment to clean the beaches is pleasantly unsurprising. Israel is rich with a spirit of giving and volunteerism. Throughout the COVID-19 crisis, a number of initiatives have been launched to help buy groceries, deliver medicine, babysit and do other errands for the elderly, as well as for families who were unable to leave their homes. Also, in times of national crisis, such as war, civil society steps up to the plate and provides aid for those facing the brunt of the conflict.

Whether it’s during conflict, Corona or ecological disasters, Israelis care about their society and their country, and show it through their relentless spirit of volunteerism and their keen sense of social responsibility.