On Monday afternoon firefighters from across the country set up a new defensive line on the southwestern edge of Jerusalem as a massive forest fire that was largely brought under control a day earlier was rekindled and intensified.

The fire began near Beit Meir, a small community just west of Jerusalem, and by Sunday afternoon was threatening a number of towns and villages in the Judean Hills. Some 10,000 people were evacuated, and some homes in the village of Ramat Raziel were burned.

By late Sunday night, the fire was believed to be largely under control with a few “hot spots” remaining.

But on Monday afternoon, high winds rekindled the blaze and it moved rapidly toward southwestern Jerusalem. 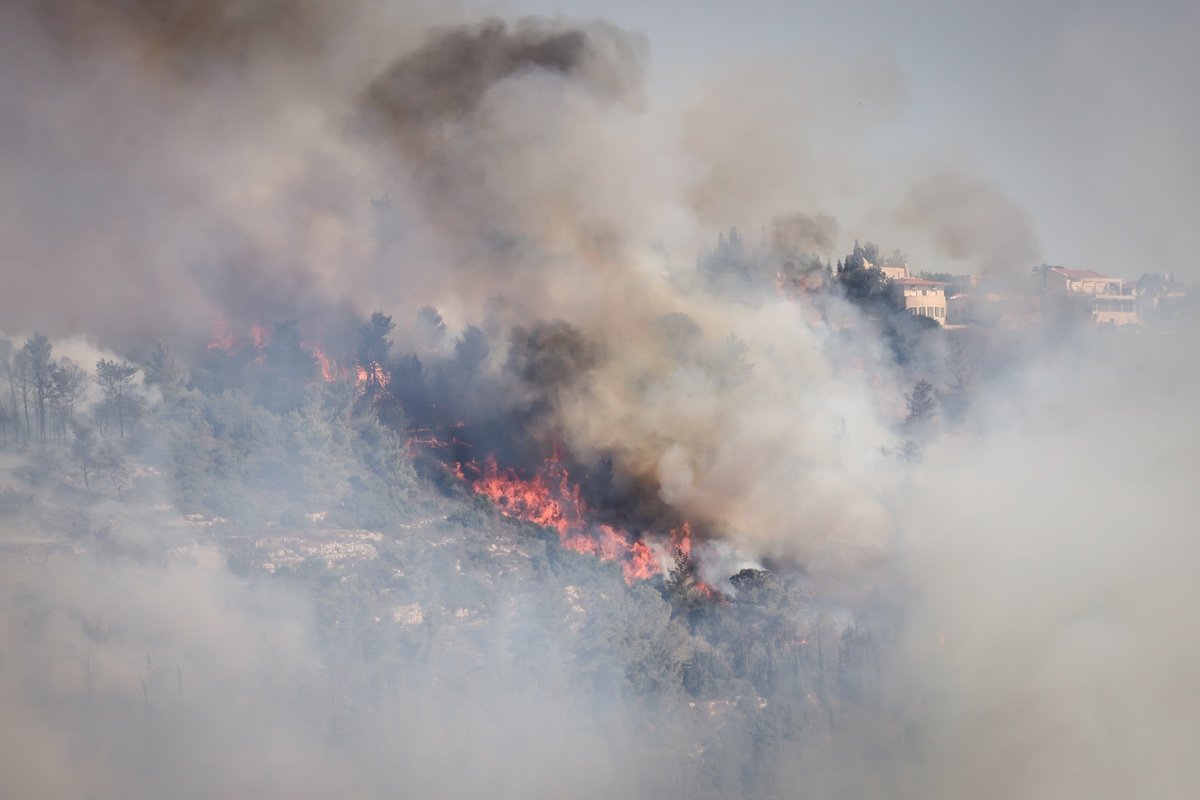 Located at the very southwestern tip of the capital is Hadassah Medical Center, Jerusalem’s largest hospital. At press time, officials were readying plans to evacuate the hospital should the need arise. The flames and smoke could already be seen on the hills just west of the large medical compound.

Roads around Jerusalem were closed and military helicopters were dispatched to evacuate residents of at least one area village.

Israel Fire and Rescue Services chief Dedi Simchi issued a general call up of all firefighters and rescue personnel in the country, but reportedly told Interior Security Minister Omer Bar Lev that Israel would need international assistance to end the threat of this unprecedented wildfire.