While Mike Evans, the self-proclaimed “biggest Evangelical leader in the world,” was busy burning bridges with Israel’s new government, mega-church pastor John Hagee flew into the Jewish state at the weekend to shore up relations between his ministry, Christians United for Israel (CUFI), and the Jewish state’s “government of change.”

Outgoing Prime Minister Benjamin Netanyahu long appreciated and knew how to effectively utilize Evangelical Christian support for Israel, particularly in the United States. Over the years, he forged close personal relationships with a number of big name Evangelical leaders, including Evans and Hagee. Israeli sources initially reported that Hagee was visiting in order to console and no doubt pray with his friend, Netanyahu, on the occasion of his being ousted as prime minister.

See: Netanyahu Reminds Rivals That He is “God’s Chosen” 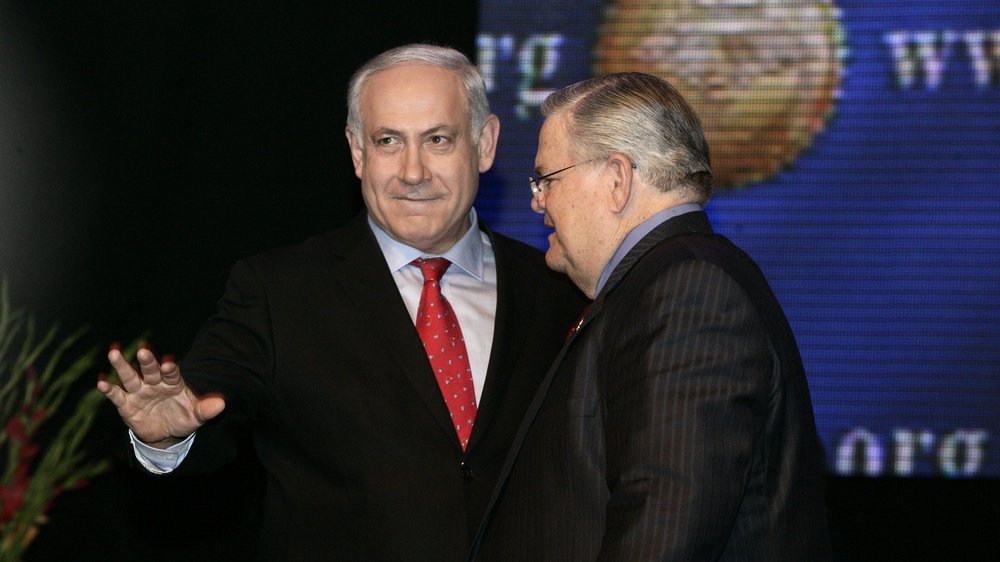 Hagee has a long, personal friendship with Netanyahu. He may not enjoy the same level of access to Prime Minister Naftali Bennett.

While here, he was also slated to meet with incoming Prime Minister Naftali Bennett and other senior members of the new government. CUFI presents itself as the chief representative of America’s pro-Israel Evangelical community. To fulfill that role, it needs a direct line to the Israeli government. As such, it’s likely that the Texas-based pastor was also visiting in an effort to establish with Bennett and new Foreign Minister Yair Lapid (who in two years will take over as prime minister) the kind of personal connection he long enjoyed with Bibi.

That contrasted sharply with the approach taken by Evans, who very publicly denounced Naftali Bennett and vowed to lead an Evangelical opposition to the new government on behalf of Netanyahu.

See: How Should Christian Zionists React to Mike Evans?

Joining Hagee in Israel was former US Ambassador to the United Nations, Nikki Haley, who also counts herself an Evangelical Christian supporter of Israel. But Haley’s latest visit is expected to have more to do with her possible US presidential run in 2024.

See: Nikki Haley Proved That Being a Zionist is Not To Be Isolated

Given the growing rift within the Democratic Party regarding support for Israel, the Jewish state could play an even bigger role than in past elections when next Americans vote for president. Top Republicans are no doubt keen to demonstrate their pro-Israel bonafides early and often.