It would seem that Boris Johnson is moving heaven and earth to ensure we are all able to celebrate Christmas with our families in spite of the continuing pandemic crisis.

I’m not entirely sure that is a good thing – first, because it might spark an upsurge of cases, and second, because lockdown presents a golden opportunity to discover what it’s really all about.

And yet, while the celebration of Christmas has become a point of contention among some Christians in view of its supposed pagan origins, it has come to have a great fascination for Jews.

An example of this occurs each year at Christ Church, Jerusalem, home of the Church’s Ministry among Jewish people (CMJ) since the 1840s, where special Christmas Eve festivities draw thousands of local Jewish people, though there is clearly uncertainty about this year’s event due to Covid.

For one thing, there are marked similarities with Hanukkah (or Chanukah), the Jewish feast that usually coincides with the run-up to Christmas. It is known as the Festival of Light, and I fondly recall joining in with the celebrations in Jerusalem seven years ago. 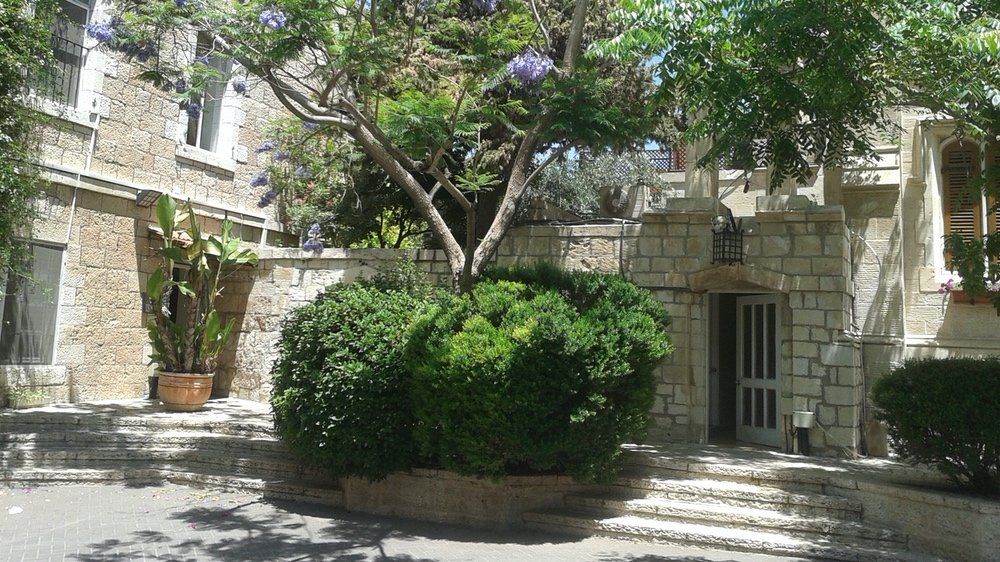 Hanukkah, which Jesus himself recognised (see John 10:22), marked the ignominious defeat at the hands of the Maccabees of the Syrian-Greek tyrant Antiochus Epiphanes, who is widely believed to have been an Old Testament ‘type’ of the anti-Christ, having blasphemously claimed divinity while desecrating the House of God with a pig.

This proved the final straw and the Temple was eventually re-dedicated on the 25th December 165 BC with the aid of the menorah which burned miraculously for eight days when there was only enough oil for a day. (The Greeks had polluted the rest.)

Was this not perhaps a preview of the coming Messiah in the midst of the 400 so-called ‘silent years’ when the prophets did not speak? Except, that is, for Daniel, who had already predicted with pinpoint accuracy the rise and fall of empires during this time (Dan 11) including that of Antiochus.

An extraordinary link with the Christian festival, don’t you think?

Ah! But Jesus wasn’t born at Christmas, I hear you say. Yes, I know, because for one thing the lambs would not have been out in the fields with the shepherds.

But the Lord knew perfectly well that Gentile Christians would in time mark his birth in this way, which also happens to coincide with pagan celebrations of the winter solstice.

However, there is evidence to suggest that our Saviour was conceived in mid-December, which makes the traditional Christmas story particularly apt (especially the angel’s announcement of the Virgin Mary’s miraculous pregnancy).

Jesus was highly likely to have been born during the Feast of Tabernacles (according to the same source) some nine months later, which makes perfect sense because he is the ultimate fulfilment of God’s promise to live (or tabernacle) among us.

I now understand that the reason there was no room at the inn was due, not to the Roman census, as we have been led to believe, but because Jerusalem was packed to overflowing with pilgrims for the feast. It is estimated that up to a quarter-of-a-million people would have crowded into the city for the occasion, so naturally surrounding towns and villages would have taken up the slack.

Yes, there was a census (or tax), but it was for those who held property and few people in those days would have owned land far from home, as Joseph most probably did, since he was a descendant of Ruth and Boaz, who had purchased a field from Naomi – in Bethlehem, just six miles from Jerusalem!

So what about the Christmas trees and all the festive decorations associated with this time of year? Trees are surely part of God’s beautiful creation which pagans have simply hijacked for their idolatrous ceremonies.

But for us it reminds us of the Creator himself, who came to live among us. After all, he was nailed to a tree as the Lamb of God who has taken away our sins, just as the Israelites were freed from slavery in Egypt by the blood of a lamb marked on the doorposts of their houses. We mustn’t miss the wood for the trees, so to speak.

And what about the gifts of the Wise Men? Both frankincense and myrrh are extracted from the aromatic resin of trees from Africa and Asia.

In the primary schools of Doncaster over the past decade, thousands of children have learnt about the true meaning of the Christian feast through a project called the Christmas Journey, taking pupils through five interactive stages of the story, complete with colourful sets and costumes. Most of them have little or no Christian background, but their eyes sparkle as they listen with rapt attention to this awesome story.

Christmas is an ideal vehicle for reaching them. Even our nephew, not yet ten, when asked if he thought Jesus was a fairy story, replied: “Don’t be silly, mummy! He’s God’s Son!”

Have you heard the delightful tale of The First Christmas Tree, as told by Bob Hartman? It tells how Boniface challenged a group of Druids who were about to sacrifice a child to the ‘god’ of an oak tree.

He explained that there was only one God – that he wasn’t in the tree, but had created it and that he doesn’t demand the sacrifice of our sons. But he had already sacrificed his own Son – on a tree, no less – to take away our sins.

Not only that, but he also brought his Son back to life, so that we too could live forever. Then he added: “If you want to remember the God I serve, you could use that tree (pointing to an evergreen fir) – the tree that never dies. Decorate it, and use it to celebrate the birth of Jesus, the Son of God, who lives forever!”