(JNS) With the dramatic announcement on Monday evening by coalition leaders Naftali Bennett and Yair Lapid of their intention to dissolve Israel’s government, the nation began bracing itself for its fifth round of elections in three years. A likely date of Oct. 25 has already been set. However, elections could still be avoided if opposition leader Benjamin Netanyahu succeeds in forming a government before the Knesset is dissolved. Can he do it?

According to Ilana Shpaizman of Bar-Ilan University’s department of political studies, his chances are slim.

The other party in the opposition, the Joint List, an anti-Zionist Arab party, can be immediately ruled out as a potential partner, she told JNS. While there is a small possibility of a deal with Benny Gantz, leader of the Blue and White Party (eight seats), she said that would only happen if Gantz became prime minister and not Netanyahu. 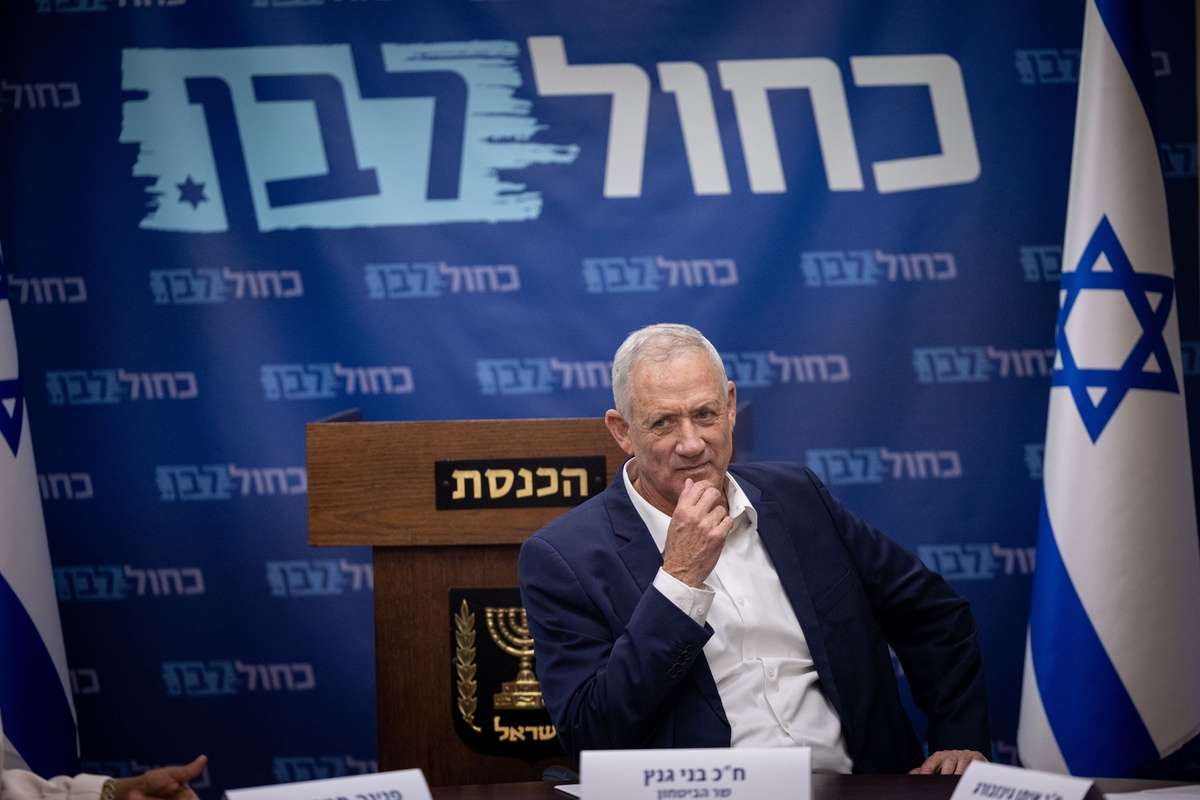 Benny Gantz could be key to Netanyahu’s return to the top, either now or after the upcoming election. But the price could be the prime minister’s chair. Photo: Yonatan Sindel/Flash90

“If Netanyahu is to build a coalition, he must do so before the bill to dissolve the Knesset is submitted and voted on,” he told JNS. “I don’t think he has much chance. To do it, he’ll need [Gideon] Sa’ar, and there’s too much bad blood.”

While right-wing, Sa’ar, like so many of Netanyahu’s former confidants, has turned into a bitter foe of the former prime minister. After he quit the Likud in December 2020, he formed his own party, New Hope, which controls six Knesset seats. Following the announcement of the government’s breakup, Sa’ar told Army Radio, “Sitting with Netanyahu? I will not return Bibi [to the premiership]. All the party members are behind me, no one will be tempted.”

However, Sa’ar risks his party being erased from the political map in the next elections. According to a new poll, while New Hope will squeak in with four Knesset seats, it’s dangerously close to the electoral threshold. The party “can’t feel safe,” said Menachem Lazar, head of Panels Politics, which conducted the poll. 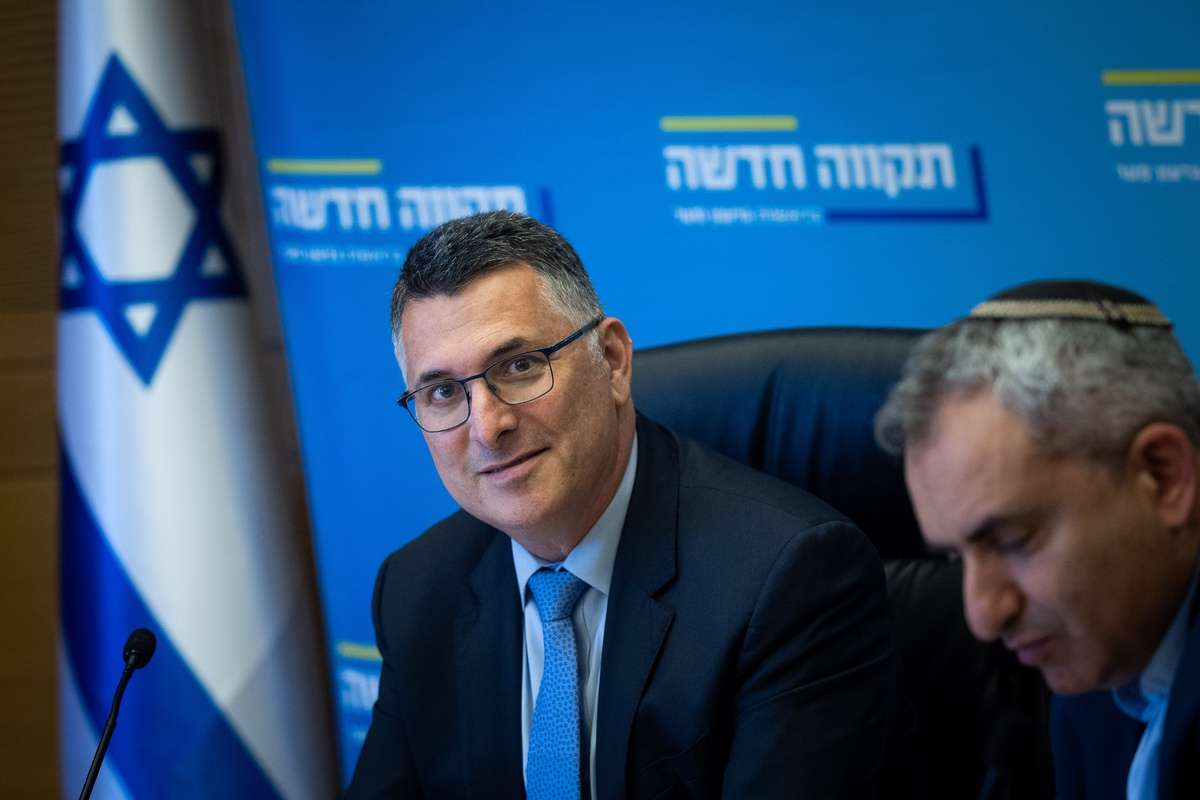 Gideon Sa’ar continues to doggedly refuse to sit in a Netanyahu government. But the alternative could mean his party is pushed out of Knesset altogether. Photo: Yonatan Sindel/Flash90

Could Netanyahu team up with Yamina? The party’s executive director told 103FM on Tuesday that “everything is being done to prevent a continual election loop, including sitting under Netanyahu in the next government.”

Shpaizman expressed doubt that a linkup between Likud and Yamina could happen, noting that in any case, Yamina, down to only four seats, wouldn’t alone be enough to push Netanyahu over the top and into the prime minister’s chair.

On Tuesday, Hebrew media floated the possibility that Nir Orbach, who heads the Knesset’s House Committee, which deals with Knesset rules and procedures, and without which the dissolution bill couldn’t pass, might try to gum up the works in favor of Netanyahu. According to Ynet, coalition leaders were having trouble reaching Orbach.

Orbach, who is a religious Zionist and had been a member of Yamina, abandoned the coalition on June 13, saying he wouldn’t return until regulations that placed residents of Judea and Samaria under Israel’s legal system were passed. The regulations were set to expire and the inability of the government to renew them, which reportedly would have meant hardship and even “chaos” for Jews living in those areas, was cited by Bennett as the main reason he decided to dismantle his government. 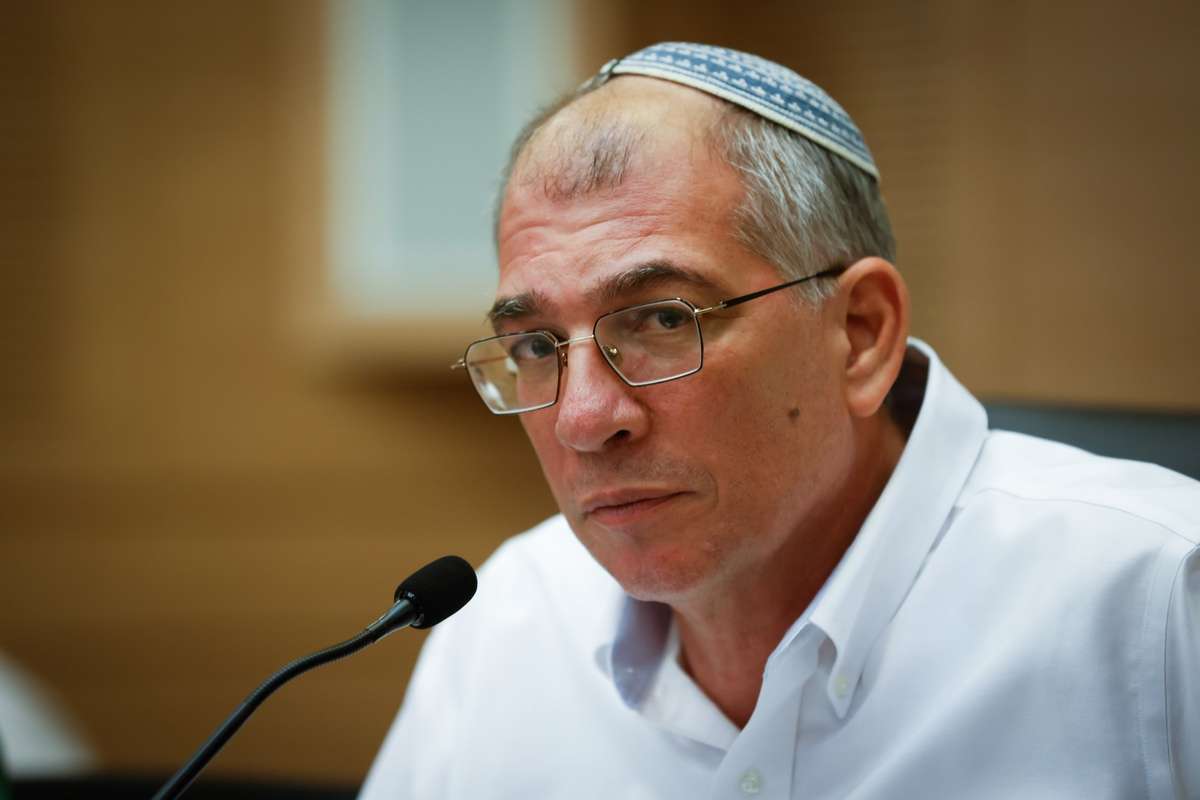 Nir Orbach helped bring down a government led by his own party leader, Bennett, but likely shot himself in the foot politically in the process. Photo: Olivier Fitoussi/Flash90

Orbach was reportedly in talks to join the Likud. It was generally assumed that he would have received a reserved spot on the party’s list going into the next elections in return for voting to bring down the government.

“He’s really a tragic figure,” said Sandler. “He held all the cards. But with Bennett and Lapid’s move, he lost his bargaining power.”

Bennett and Lapid were reportedly worried enough about the possibility of a blocking move by Orbach to push up the vote on a dissolution bill to tomorrow, June 22, with Knesset members Boaz Toporovsky and Sharren Haskel tabling the bill on Monday night.

“The coalition could remove him from the House Committee,” she said. “He could hold it up maybe for a day, but not anything permanent.”

“They’re planning to start the vote on Wednesday. As the coalition is not going to get the bill done in one day, and the Knesset only meets Monday through Wednesday, the final vote will be next week, Monday or perhaps Tuesday,” she said.

“Netanyahu basically has a week.”