Israel’s new government faces a vote of confidence in the Knesset on Sunday. If it passes, and indications are that it will have the 61 votes needed to do so, the so-called “government of change” will then be sworn-in as Israel’s 36th government.

But already this week there were signs that it might be easier said than done for the ideologically-diverse parties making up the coalition to avoid the more sensitive political issues that divide them.

And Benjamin Netanyahu, who from next week it seems will be head of the Opposition, will no doubt do all he can to make sure they can’t avoid such issues.

On Tuesday, Netanyahu’s Likud unanimously approved a motion to save three places on its list of 30 lawmakers for any of the right-wing members of the new government who choose to break ranks, thus sweetening the incentive for defection.

All it would take for this house of cards to come crashing down is for two or three Members of Knesset (MK) from either Yamina, New Hope or Yisrael Beiteinu–the right-wing factions in the new government–to feel that it is going in a direction they can’t support ideologically.

This week provided a taste of how that might happen, and perhaps even revealed the first signs of the cracks that Netanyahu hopes to widen into unbridgeable rifts. 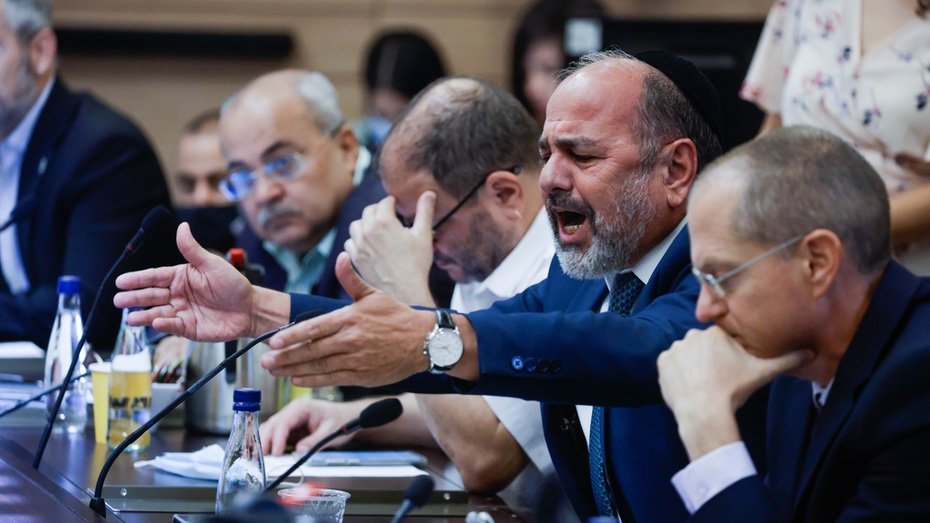 A heated argument in the Knesset Arrangements Committee on Wednesday morning. Can the new government survive the contentious nature of addressing Israel’s more sensitive political issues?

On Tuesday it was reported that New Hope was insisting that the new government address the problem of illegal Palestinian construction in parts of Judea and Samaria designated as “Area C,” which are under full Israeli control.

According to party no. 2 Ze’ev Elkin, the New Hope’s coalition deal calls for the establishment of a special government body to deal with the matter. But Benny Gantz, head of the centrist “Blue and White” party who will remain Minister of Defense in the new government, insists that his party’s deal keeps the matter under the direct purview of his ministry and the defense establishment.

Elkin warned that “the new government won’t be established” if New Hope’s demand isn’t met, but coalition officials later insisted that the tiff had been overblown in the media. At the same time, however, they announced that Elkin had been given additional influence, in the form of becoming official liaison between the government and the Knesset, in an apparent bid to pacify him.

Later in the day, it was reported that incoming Transportation Minister Merav Michaeli (head of the left-wing Labor party) plans to cut over one billion shekels in funding for roads between Jewish settlements in Judea and Samaria. This predictably angered right-wing members of the coalition who count the Jewish residents of the biblical heartland as one of their core constituencies.

Finally, Channel 13 reported that there is mounting concern in the coalition that after the new government is inaugurated it will come under American pressure to implement a “settlement freeze” in Judea and Samaria. The different parties that make up the coalition would have diametrically opposed views on how to respond to such pressure. 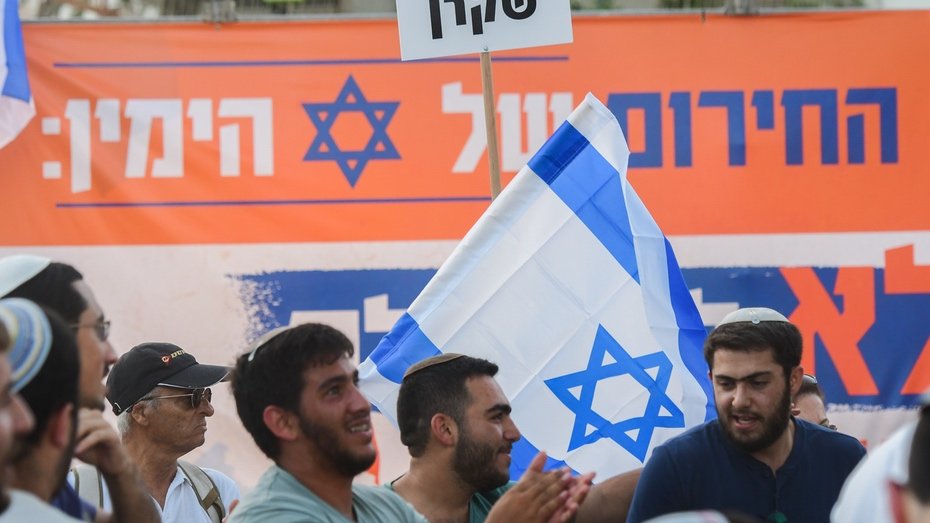 Many right-wing voters feel betrayed by the rise of a unity government including the far-left. That could bode ill for the right-wing parties in the next election if they can’t make things work with their new coalition partners.

Whether or not Netanyahu gets a chance to enact his plans depends largely on how his own Likud party reacts to being sent into the Opposition.

Likud won nearly double the number of seats as the next largest party (Yesh Atid) and yet will not lead the next government. And that is all down to one man, Benjamin Netanyahu, and the refusal to most other political parties to sit in a government in which he is prime minister.

Not a few voices in Likud insist that for the good of the country and in particular the Right, Netanyahu should have stepped down and let someone else from the party form a government. Those same voices are equally uneasy with Netanyahu leading the Opposition, as well as with him remaining party leader going into the next election, should his efforts to bring down the new government prove fruitful.

Channel 12 reported on Wednesday that Bibi is trying to advance Likud party primaries to solidify his place at the top for the duration of the new government’s term. But party officials told the news outlet that this time around, “we won’t let Netanyahu determine the rules of the game.”