EDITOR’S NOTE: Hours after this commentary was published, Ghaida Rinawie Zoabi was convinced by Foreign Minister Yair Lapid to return to the ruling coalition, thus maintaining it’s 60-60 seat parity with the Knesset opposition. But, the situation remains fragile. We will post a more thorough update tomorrow. Stay tuned!

Already ruling with a slim majority of 61 in Israel’s 120-seat Knesset since its inception in June 2021, the first shake up occurred just six weeks ago when MK Idit Silman (Yamina) abruptly announced her resignation from the coalition.

Now, Prime Minister Naftali Bennett and Foreign Minister Yair Lapid find their fragile government in yet another major crisis. Thursday (May 19), MK Ghaida Rinawie Zoabi (Meretz) suddenly announced that she would be resigning from the coalition. In her letter of resignation, Zoabi stated that the coalition leaders preferred adopting “hawkish” positions regarding Arab-Israeli society, the Temple Mount, Sheikh Jarrah and the “occupation” in general. The police’s handling of the funeral of Palestinian journalist Shireen Abu Akleh in Jerusalem was the straw that broke the camel’s back for Zoabi.

For the second time, Bennett and Lapid were caught off guard, learning about a coalition member’s sudden resignation like everyone else – through the media. They were stunned and somehow did not see it coming. After the Silman fiasco, they thought they were in the clear, boasting in the media that the Likud-led opposition had failed in its assiduous attempts to take down the government. Then the same scenario repeated itself; just with another MK and this time from the left, Meretz, which until now was perceived as constituting one of the stable factions of the coalition. After continuously remaining outside of the government for 20 years, how could Meretz chair and Minister of Health, Nitzan Horowitz, let this happen?

Immediately after the announcement, Horowitz dropped everything and went directly to Zoabi’s home in Nof HaGalil to convince her to reverse course. However, as he was on his way, Zoabi left her home and refused to meet with her party leader. They ultimately decided to meet at a later time. 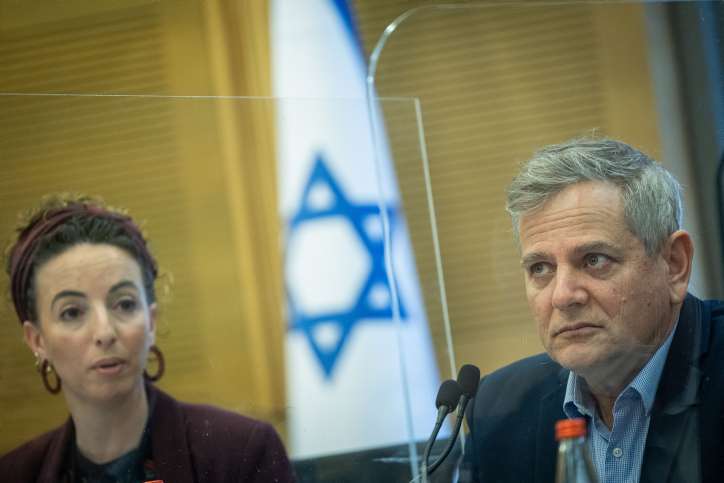 A free gift to Netanyahu

Head of opposition Benjamin Netanyahu and senior Likud MK Yariv Levin have for months worked tirelessly day and night to convince right-wing members of the coalition to find renegades willing to abandon ship. Relentless pressure on Idit Silman bore fruit, but they were still struggling to find the next in line. After the Ra’am scare withered once the Shura Council approved Mansour Abbas’ decision to remain in the coalition, it looked as if it would take much more time to find their next defector.

Then suddenly a free gift was left on their doorstep. Zoabi resigned and now the coalition in a matter of minutes became a minority with only 59 seats.

Although Zoabi’s stated cause of concern was for the Arab community in Israel and the government’s hawkish and right-wing policies regarding the Israeli-Palestinian conflict, the alternative to the current government doesn’t paint any brighter a picture regarding these issues.

If this government falls in the near future, Meretz will certainly return back to the familiar territory of the opposition. Naftali Bennett may need to look for a new career outside of politics, and the remainder of his party will find new political homes in other existing right-wing parties. The Likud is still by far the largest party in the Knesset and it is almost certain that Netanyahu will return to the Prime Minister’s Residence. With him he’ll bring his political bloc that includes far-right figures like Betzalel Smotrich (Religious Zionism) and Itamar Ben Gvir (Jewish Power). The chances are high that they could find themselves in senior ministerial positions in Netanyahu’s next government.

Zoabi asserts that she believes in the promotion of Jewish-Arab partnership and bringing the needs of the Arab community to the center of attention of the Israeli government. This government serves as the litmus test for the possibility of these very issues. If the government breaks down now, all of this will be perceived as a failed attempt that should have been recognized ahead of time. The Israeli government of the last decade will return to power and all that she has fought for will dissipate. It is a tragic irony that an MK which sought to replace Netanyahu and many of the values he represents could now be the one who ultimately brings to fruition his return to power. 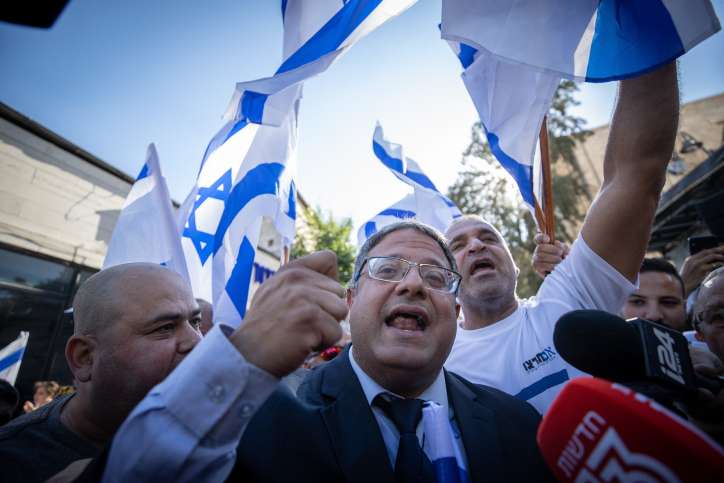 While Zoabi might not be entirely pleased with the current government, allowing it to fall would mean handing power to far-right politicians like Itamar Ben Gvir. Photo: Yonatan Sindel

The last nail in the coffin?

Now that the government is reduced to a minority 59 seats in the Knesset, is this the time to say farewell? There is some precedent to minority rule in Israeli politics, though the chances of survival are slim. Yitzhak Shamir led a minority government for one month; Yitzhak Rabin and Shimon Peres for a year and two months; and Ariel Sharon for two months. Although there is precedent, it is rare, especially with so much friction on multiple issues that the government is currently facing.

However, there are still paths available for the coalition’s survival. Aside from retracting her decision, which is highly unlikely, Zoabi could resign not only from the coalition, but from the Knesset entirely. This would allow for the next representative of Meretz to enter the Knesset. If not, she can refrain from voting against the coalition on major issues and especially on a vote for dissolving the Knesset. The Likud is expected to initiate a vote to do so next Wednesday. If she votes in favor of the bill, the opposition will have the majority.

Nevertheless, for those who support the continuance of the current government, there is still some room for optimism. In a radio interview on Friday morning (May 20), Zoabi stated that she is “aware that the alternative to this government is even worse” and that she will continue to support the coalition so long as it is “attentive to the needs of the Arab community.”

This political drama is still unfolding, and although the future of this government looks grim, there’s still some hope for its survival.