It was a vision, a dream that led us back to settle the ancient Land of our Fathers within a generation. Theodore Herzl’s _“Im Tirzu, Ein Zo Agadah” moved Jews around the world to return home and build a nation. “If you will it, it is no dream,” became one of Zionism’s establishing declarations.

With prophetic insight, Herzl understood the times and refused to pay heed to naysayers and doomsday forecasters, but dared to dream, a reminder to us all that dreams do come true.

“Dreams are not so different from deeds as some may think. All the deeds of men are only dreams at first. And in the end, their deeds dissolve into Dreams,” Theodore Herzl, modern Zionist visionary wrote in Altneuland, his 1902 “Old New Land” devoted to Zionism.

Dreams can be more important than facts on the ground 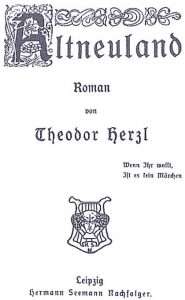 An early copy of Herzl’s foundational work, which inspired a generation of Jews and Christians to look ahead to what God was going to accomplish. Public domain

In Herzl’s day, enlightenment thinkers looked to intelligence, science and knowledge to find solutions to the “Jewish problem.” But the daunting geo-political hurdles they faced left most in despair. Later generations continued research into history to look for ways to overcome the troubles, but they too succumbed to cynicism and paralyzing apathy when troubles continued to mount, and the Jews continued to suffer.

It was dreamers like Herzl who responded with a vision that enabled the Jews to “see” where, why and how to move forward. Visionaries who could face the dangers, acknowledge that there is no ready solution, and help us stop crippling ourselves by burrowing into the past, and instead move with purpose toward a brighter future.

When we are overwhelmed with troubles so disturbing that we can’t even imagine a way out, the dreamers, prophets and poets open the eyes of our hearts to take hold of a way beyond.

The visions, dreams and sacred imaginations of prophets, sages and watchmen keep faith burning in our hearts regardless of circumstances, and move us toward the fulfillment of God-ignited aspirations. That is how the daily prayers and songs of returning to Zion preserved the Jews through thousands of years of bitter exile, and brought us home to settle our Land.

We tend to think of old men dreaming as a late afternoon melancholic reverie, but that is not at all what this means. When his people were in despair, Ezekiel describes for them in precise detail a New Temple that does not exist. It is this picture of God’s Presence and worshipping upon the Mountain of God’s Majesty that prompts the Jews to dream of coming back to their homeland. The picture he “sees” engraves the image of glorious Jerusalem upon the hearts and minds of the destitute exiles, a dream that sustains them through their long journey back.

We can learn a lot from Ezekiel, who is unique among the prophets as he writes from exile in Babylon and chronicles the lives of the Jews following the destruction of their Holy Temple. His prophecy scans a dark period of 22 years beginning in the fifth year after the exile of King Jehoiakim from Jerusalem in 593 BC. His prophecy concludes 15 years after the destruction of the Temple in 571 BC and he faces a situation that Israel has never before encountered. In harsh exile enslaved by a fierce enemy while mourning the destruction of Jerusalem and their Temple, the people are overwhelmed with despair and cynical apathy toward any return or future at all, not unlike many who see no hope in today’s world.

To meet this challenge, Ezekiel must become a watchman, a visionary who can inspire hope in the people not to give up. “As for you, O son of man, I have made you a watchman for the house of Israel” (Ezek. 33:7). 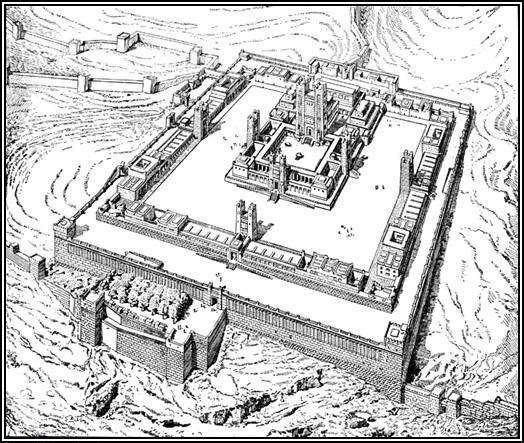 This picture of a Watchman on the Walls became an image that continues to inspire the greatest authors and artists, prophets and seers throughout Jewish history. Multitudes of men and women, Jews and Christians have been stirred to brood over Jerusalem, to intercede, inspire and intervene for the Jewish people and the fulfillment of Zion’s destiny in the coming Kingdom.

I imagine that many of you consider yourselves Watchmen as well, and like Ezekiel you are not in the Land, nor able to put your hand to restore a dwelling place for Israel’s God in Jerusalem, but you watch over it from afar. Your insights, intercessions and visions for what Israel will become are inspiring for those of us who live here to dream too of that better future. That, my friends, is exactly what led our people to return and rebuild in our times, and continues to unfold as we stand together on her walls refusing to be silent.

It is instructive to note that Ezekiel’s vision was an extraordinary dream, but was no pie-in-the-sky fantasy. He imagined a Temple that includes features of the Tabernacle in the Wilderness as well as Solomon’s Temple, but also elements of the famous temples he experienced in exile in Babylon, where he penned his prophecy. What he described in his vision is not disconnected from the raw materials needed to rebuild. The difference is that he saw beyond what his eyes observed.

This connection between dream and reality, of a vision to its execution, are especially important to those of us who live in and for this nation, that itself was formed by a dream of our Heavenly Father, Who imagined a home for His children. Indeed, all of creation began in our Father’s heart, Who saw colors and creatures, planets and plankton before creating a world that strikes awe and inspiration in the hearts of all who choose to look.

Knowledge, Science, Math and Physics are the materials that stimulate minds like Einstein’s to “see” the possibilities beyond that which exists. Long before understanding how these elements could be harnessed for practical means, he imagined their potential, and a new reality emerged.

All knowledge and art requires this kind of creative thinking, dreams and imaginations to see the possibilities of what can become from what is.

This is how prayers, songs and ideas of restoration engraved the memories of God, His land, and His dwelling place upon the hearts and minds of Jews for thousands of years to never forget and never forsake Jerusalem. Generation after generation we still proclaim “If I forget thee O Jerusalem” at our weddings as we break a cup shattering the glass to clear our minds that even here, in this celebration of love, we are on our way to where we belong.

And what is it that we sing about? What do we remember and long for? Is it the rocks and earth of land or temple, or the dreams and visions of prophets and seers who told us what these stones mean?

The echo of those dreams in our hearts calling us to aliyah to the Mountain of the Lord beat long before we arrive. And when we do we are hardly aware of how we find ourselves marching up. 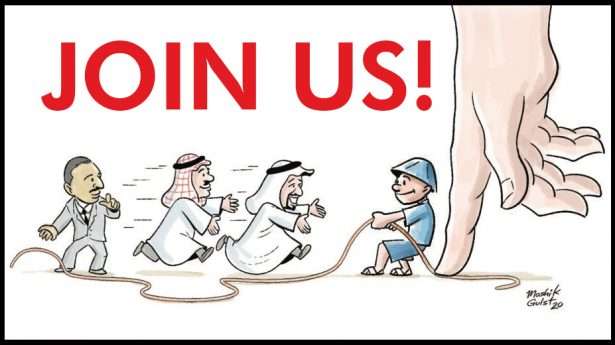 And what about Israel Today?

I love the name of our publication because that is who we are. In Israel Today you won’t get rose-colored reports on what is happening in this land, but the real story, undiluted, so you can pray effectively, think intelligently, and carry an accurate vision that makes a difference for Zion’s sake.

We arm you daily with faith-guided perspectives on the tough issues that Israel faces so that you can “Stay Informed, Pray Informed” every day (except Shabbat when we put it all back into God’s hands).

As my co-editor Ryan Jones points out:

“Our faith-based, prophetic angle on developments in Israel and the region is of course entirely ignored by the mainstream media. For instance, the Abraham Accords. All looks like rainbows and sunshine on the surface, but does the Bible allude to this development? And if so, what does it say, and how does that affect how we pray?

“We offer readers, from a faith-based perspective, the FULL picture of how Israelis are viewing and engaging with the important issues, even when it doesn’t fit with the preferred narrative of Western Christian readers. Israel Today provides what others leave out.”

By the way, I am sure you could not help noticing the new adverts on our site. Do let us know if an inappropriate ad gets through our strict filtering process. We resorted to ads because we are unable to sustain the quality of our reporting without your support. Now would be a great time to consider partnering with Israel Today and spread the message to watchmen and women far and wide.

Thanks for letting us into your lives. May God help us all take our place in His dream.