Photo: Orthodox Jewish men dip cookware in hot water to remove all traces of leaven in preparation for Passover

Jewish holidays are usually very beautiful, joyful, profound, but also very exhausting. Long prayers, followed by a long feast. And beforehand lots of cooking, cleaning and washing children. Passover, however, is even more exhausting, as you have to clean your entire apartment very thoroughly beforehand. Then special dishes must be prepared, which are described in the Passover Haggadah, the operating manual for the holiday, so to speak. The Haggadah also specifies the course of the feast, which is why it lasts at least two hours, but only if you hurry it up. The meal also includes drinking four cups of wine, which is not easy for me, but you can also take grape juice. I usually drink the first two cups of wine and then move on to the juice so I don’t fall asleep at the table. Falling asleep at the Passover table can certainly happen, especially after days of scrubbing the apartment and preparing everything up to the last second. Often the parents are at the end of their rope by the time the meal begins, but for the sake of the children try to appear cheerful and put on a Passover show.

The children, on the other hand, enjoy all the symbolic activities that make up Passover. Sometimes something is eaten in a certain way; sometimes you dip your little finger in your wine or juice and drip ten drops onto your plate; sometimes you sing; sometimes something is hidden and so on. Since all of this “sometimes” extends well into the evening hours, the children are of course tired and cranky, but they don’t want to miss anything and they then behave like hungry, tired children do. The real eating of the Passover meal does not begin until quite late, after one is well advanced in the Haggadah. In addition to general tiredness, there is also hunger. 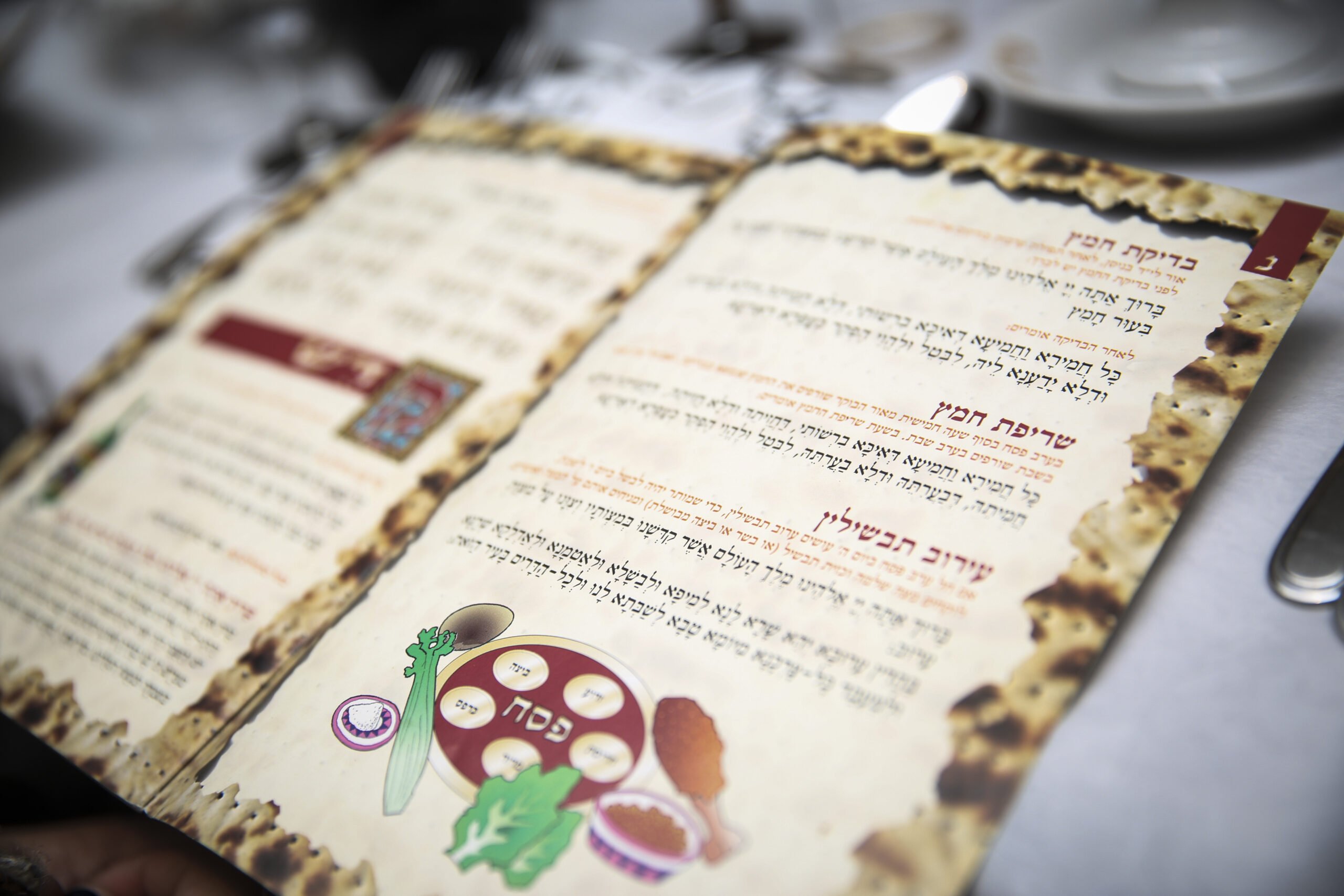 Before eating, the Haggadah must be read first

As you can see, it is all quite exhausting this feast of Passover, which this year falls on a Sunday. That means Passover begins on Saturday evening, just as Shabbat ends. Did I already tell you that Shabbat is quite exhausting? It’s like Passover, only a little smaller. You can eat what you want, but you also have to cook, clean, shower children and so on. On the Shabbat before Passover, the apartment must already be ready for Passover, since no preparations can be made on the Shabbat, including cooking. So on Friday we cook for that evening and for Saturday and also for Sunday, including the special dishes for Passover. I work up a sweat just describing these things.

All of this, of course, has divine origins and is not based on the author’s sadism, but has deep spiritual reasons. First of all, exertion is not necessarily a bad thing, everything good requires effort. That’s what I read on Facebook (so it has to be true). Secondly, I had indicated last week that in this way one not only learns something theoretical about the liberation from Egypt, but experiences it for a bit after all the work and the rest that follows. The symbolism in all the activities also affects the entire family in a subconscious way; the Passover meal is an experience that digs deep into our being. The effort is an important part of the experience, just as a mountaineer won’t complain that it is so strenuous to climb this high mountain, in fact, it is more about the climb than standing on the top of the mountain. Jewish holidays are, so to speak, spiritual mountains that require physical effort to climb.

And with that, I wish you a Shabbat Shalom and a Happy Passover from Beit Shemesh!