Prime Minister Benjamin Netanyahu on Sunday noted that not only are the left-wing demonstrators against him associated with known criminals, they are also starting to show their true colors by waving Palestinian flags.

Over the weekend, thousands gathered in both Tel Aviv and opposite the Prime Minister’s Residence in Jerusalem to demand that Netanyahu step down in light of the corruption charges against him.

They are also playing off the prime minister’s faltering approval ratings amidst a second wave of coronavirus infections that threatens to further damage the Israeli economy. 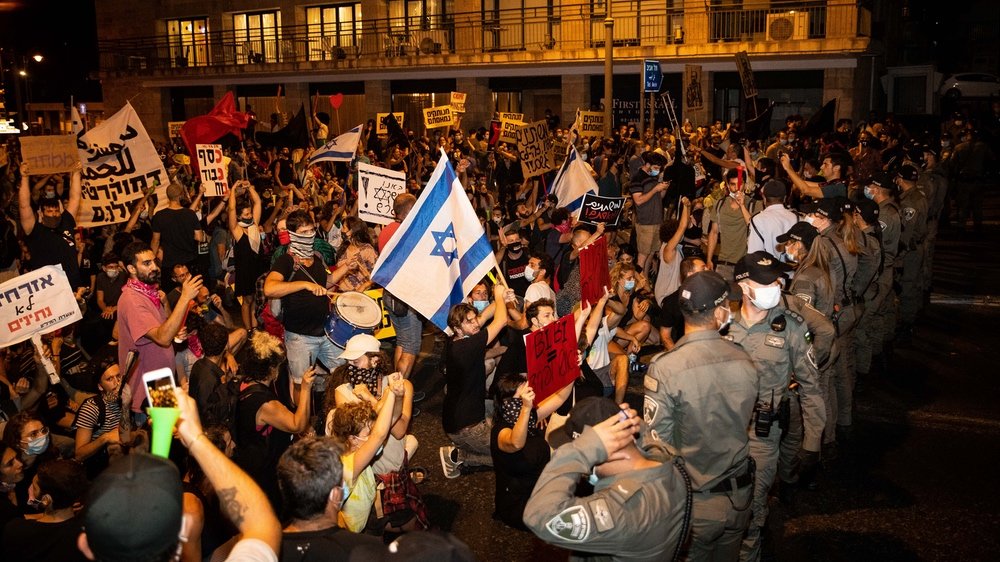 Ironically, they protest Netanyahu’s alleged poor handling of the coronavirus crisis by gathering en masse and increasing the likelihood of an outbreak.

In a Sunday morning Facebook post, Netanyahu pointed out a Palestinian flag being proudly waved at the rally in Tel Aviv.

“The cat’s out of the bag: The flag of the Palestinian Authority at the left-wing demonstration organized by Ehud Barak, the partner of convicted pedophile Jeffrey Epstein, yesterday outside the Prime Minister’s Residence. Shameful and disgraceful.”

One of Netanyahu’s chief allies in the Likud party, MK Miki Zohar, called for such mass demonstrations to be outlawed during a resurgent coronavirus crisis.

“To approve mass demonstrations that pose a health hazard to all Israeli citizens, while closing many businesses that adhere to the guidelines on the other, is absurd,” Zohar insisted in a Twitter post.

Either all public gatherings must be legal, or none should be legal, Zohar continued, claiming also that the demonstrations against the prime minister are being “sponsored.” He did not elaborate. 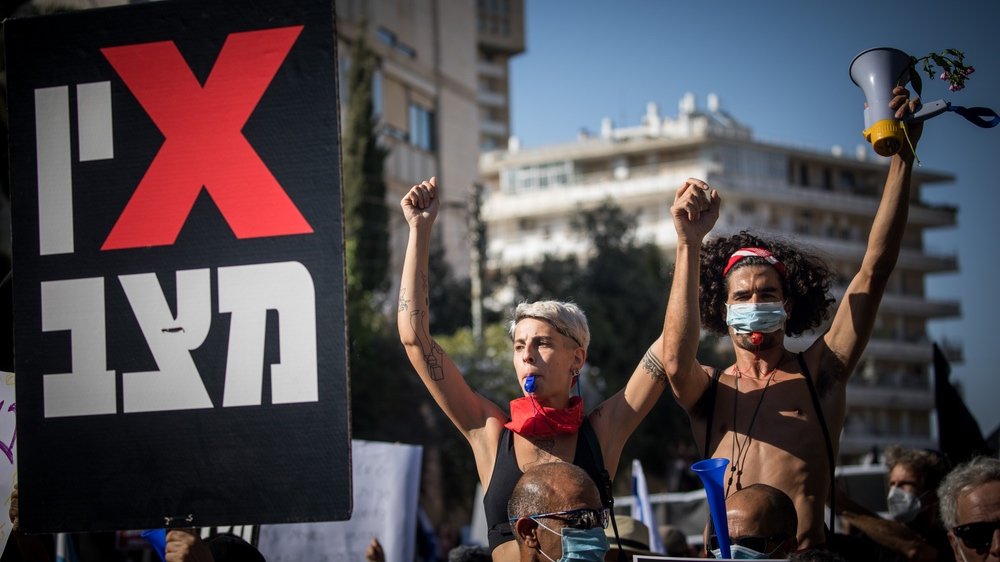 Netanyahu and his allies say the protests are far from spontaneous, and are being guided and sponsored by forces behind the scenes.

When the Leader Speaks From the Heart