(JNS) Palestinian officials were taken aback on Monday by Prime Minister Naftali Bennett’s decision to call early elections, but said they had “no illusions” about a caretaker government headed by prime minister-designate Yair Lapid.

Bennett’s government was sworn in last June after four deadlocked elections. The coalition, which includes a collection of eight hard-right, liberal and Arab parties, has been teetering on the brink of imploding for weeks, with several MKs bolting its ranks. Monday saw Bennett and Lapid announce that they had exhausted all options to stabilize the government and that next week, parliament would vote to disband.

“We didn’t expect it. We know that Israel’s political system is very erratic and that the Bennett-Lapid government was fragile, but to hear about the decision was a surprise,” a senior Palestinian source told Israel Hayom.

“Overall, we’re happy that Bennett is going because there was zero chance of any diplomatic horizon with him in office. Clearly, we favor Lapid, because his positions are not as radical as Bennett’s are, but we have no illusions. Israeli public opinion is clearly veering to the right, and the [Palestinian] leadership understands that. With that kind of atmosphere, it’s hard to make any moves, regardless of who is the prime minister,” he said.

The Palestinian leadership rarely comments on political developments in Israel, so as not to appear interfering in internal Israeli issues. The March 2021 elections—the end of then-Prime Minister Benjamin Netanyahu’s 12 years in power, followed by the Bennett coalition’s historic inclusion of the Islamist Ra’am party—changed that, as it gave the Palestinians hope that the moribund peace process could be revived. 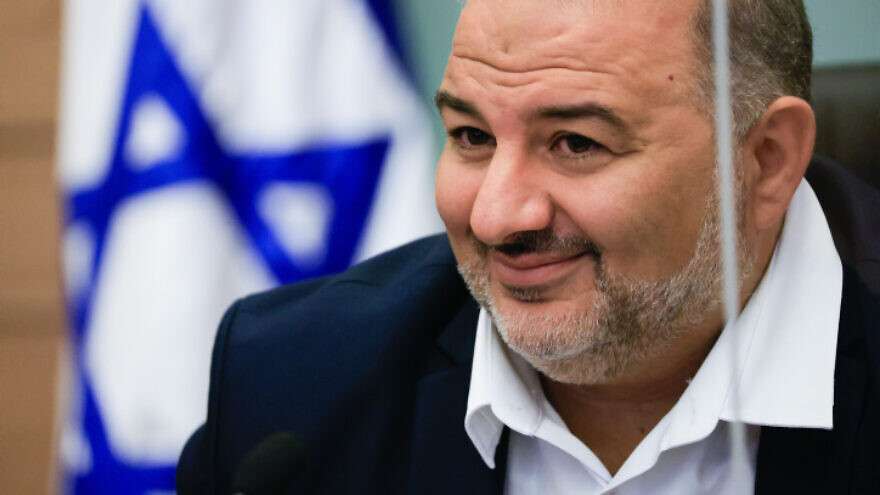 The inclusion of Mansour Abbas’ Islamist party Ra’am in the Bennett-Lapid coalition gave the Palestinian leadership hope of steering things its way for a change. Photo: Olivier Fitoussi/Flash90

Those hopes, however, were quickly dashed.

“Bennett’s policies were just as radical as Netanyahu’s were. He, too, doesn’t recognize the two-state solution, nor did he see Abu Mazen as a partner,” the official said, referring to Palestinian Authority leader Mahmoud Abbas.

Ramallah, he continued, would like to see an Israeli government that again rallies behind the peace process.

The power-sharing deal between Bennett and Lapid included a rotation in the premiership that would have seen Lapid take office in November 2023.

“We have been waiting for the rotation. We don’t have any illusions that Lapid would launch [peace] talks, but things would get easier and that gives us hope,” said the official.

“However, in this period leading up to the elections, things won’t be easy in general. It’s unclear what [Lapid] could accomplish in only a few months, or what powers and legitimacy he would have while surrounded by right-wing parties,” he added.

Nasser al-Laham, editor-in-chief of the PA’s Ma’an news agency, said that “the Palestinians are not counting on [anything happening during] the transition period.”

Officials in Gaza, meanwhile, believe “Israel is headed toward a deeper [political] crisis. Polls there predict that no party can win the majority” in the Knesset.

The announcement also triggered a wave of criticism against the Palestinian Authority, as social media users took Abbas to task for clinging to power.

No presidential elections have taken place over the past 17 years, as the 86-year-old Abbas repeatedly finds excuses for canceling them. To date, no one has been able to challenge him for the role.

Gazan commentator Faiz Abu Shamala noted that the Israeli government is “disbanding in a process that is taking place with consent … I wish the Palestinians would have a fraction of what the enemy has. They [Israelis] topple the government, replace the prime minister and enjoy democracy. Allah gave us a president who butchered democracy, buried our dreams and swore not to leave until he dies.”