This coming weekend will mark a year since Israel’s new government was sworn in. Looking back on Prime Minister Naftali Bennett’s first year in office, there is cause for concern regarding the future of the Jewish state, while there are also a few positive developments observable.

There’s cause for concern because there is an ongoing ‘war’ against the legitimacy of Bennett’s government and the Prime Minister himself in particular. This war now threatens to tear the fabric of life in Judea, Samaria and the Jordan Valley.

The opposition, led by ex-Prime Minister Benjamin Netanyahu, is doing everything it can to topple Bennett’s government, including abandoning its own support base.

The former prime minister has the support of the entire right-wing bloc minus Bennett’s Yamina party (only 5 seats in the Knesset) and ex-Likud member Gideon Sa’ar’s ‘New Hope’ party (7 seats). Both are right-wing parties that now sit in coalition with the far-left Meretz party and the Islamist party Ra’am.

When the coalition agreement was drawn up, it was agreed to only look at and deal with what binds the parties, and not at what divides them.

For example, it was agreed not to pursue changes in so-called status quo issues such as the Palestinian-Israeli conflict. The resolution of this century-old conflict would not be on the agenda of Bennett’s cabinet because the ideological differences in the coalition were too great to try to solve the issue.

On paper, this formula seemed to work, but in practice, it now works out differently, as has become clear over the last week.

A so-called ‘emergency law’ regulating the civil situation of Israeli citizens in Judea, Samaria and the Jordan Valley was until now routinely extended every five years.

This is no longer the case, however, as the opposition, as well as two members of Bennett’s coalition, voted against extending the law on Monday evening.

With a vote of 58 to 52, the renewal of the crucial bill was halted, and this could eventually lead to the dissolution of Bennett’s government. 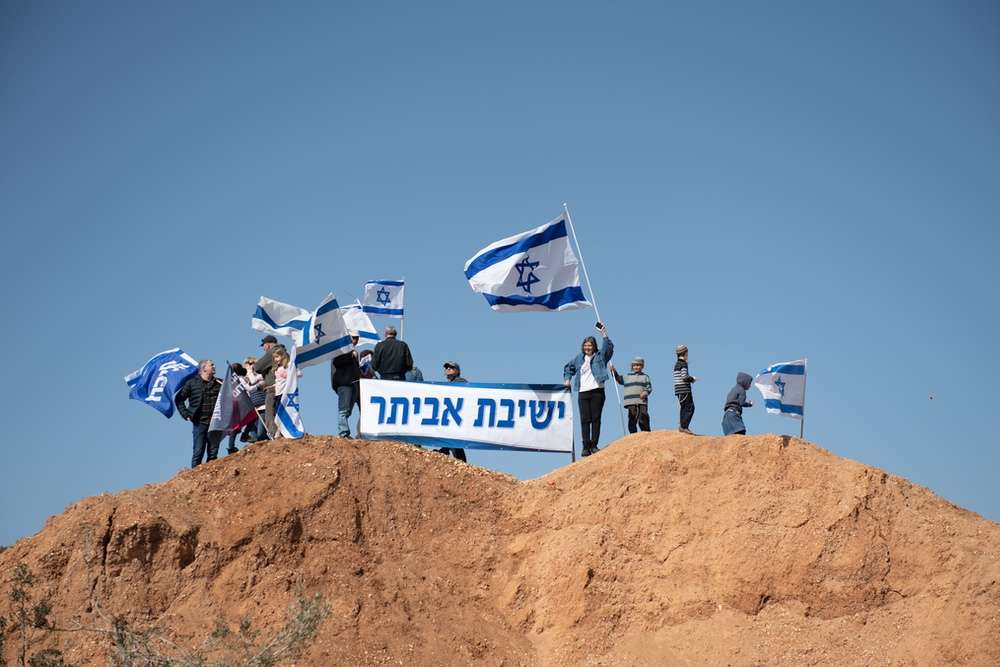 So-called Jewish “settlers” in Judea and Samaria could be cut off from civil services after failure to extend a crucial law. Photo: Sraya Diamant/Flash90

Crisis looms in Judea and Samaria

For the opposition, approval of this directive should have been natural because more than 70 percent of Israelis in Judea, Samaria and the Jordan Valley voted for these right-wing parties in the last election.

The right in Israel has, furthermore, historically championed the strengthening of the Jewish presence in what has been referred to by international media and politics as the “West Bank.”

Politics, according to the leaders of the Jewish communities in these areas, are being put above the basic rights of Israeli citizens.

They accuse Netanyahu and other right-wing leaders of being more preoccupied with the obsession of overthrowing Bennett than with the basic needs of their fellow citizens in Judea, Samaria and the Jordan Valley.

With the directive not renewed, basic rights such as health insurance, social benefits, police surveillance and assistance risk becoming inaccessible to Jews in the aforementioned regions.

Young people of military age would no longer be called up for military service and civil courts would become inaccessible to these Israeli citizens, while these people also would be denied the right to vote in elections.

In short, chaos is now looming in Israel’s historical heartland after the Knesset vote. 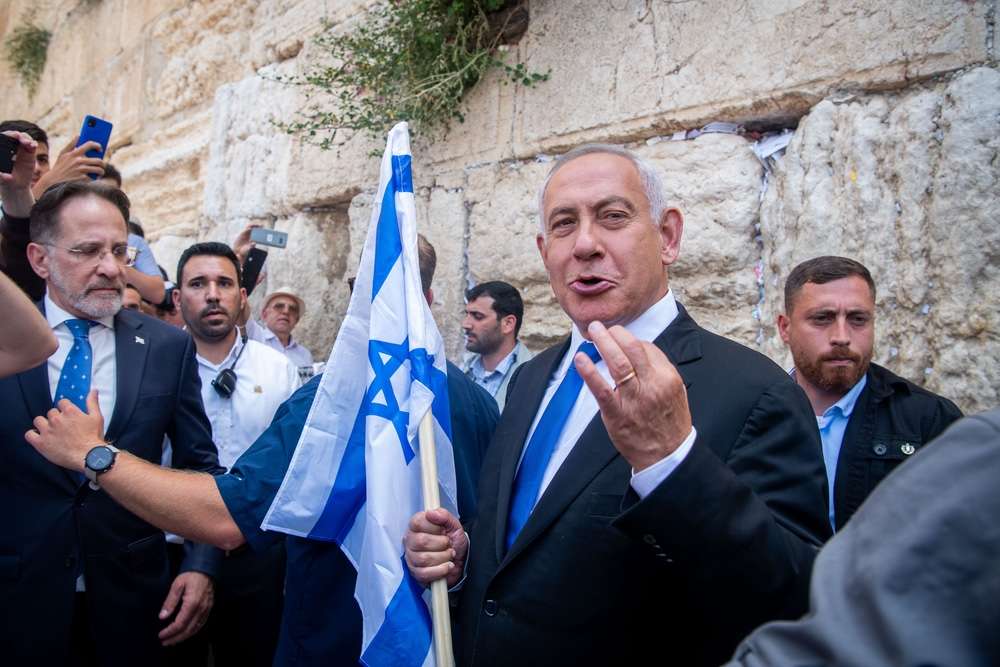 That Netanyahu effectively voted against the Jews of Judea and Samaria for the sake of weakening Bennett doesn’t sit well with many of his voters. Photo: Arie Leib Abrams/FLASH90

Should the government of Bennett and his partner Yair Lapid fall over this issue, it doesn’t mean Israel will automatically go to the polls again.

A coalition of only right-wing parties could be formed and would theoretically gain a large majority in the Knesset.

The major stumbling block here, however, is the fact that Netanyahu, as head of the largest faction, Likud, insists on renewing his premiership.

Last year, Yamina and New Hope teamed up with Lapid’s Yesh Atid despite their campaign promise never to do so for the sole purpose of blocking yet another Netanyahu-led government.

It was the anti-Netanyahu sentiment that facilitated the establishment of this government even though it was clear from the start the coalition’s composition was a recipe for instability.

Still, the biggest problem Bennett faces is not the plurality of his coalition, but the lack of legitimacy he has in the eyes of the Israeli public.

The public in the Jewish state wants a prime minister who has the support of the majority of the population and who is backed by a major party and not by a faction that controls only five seats. 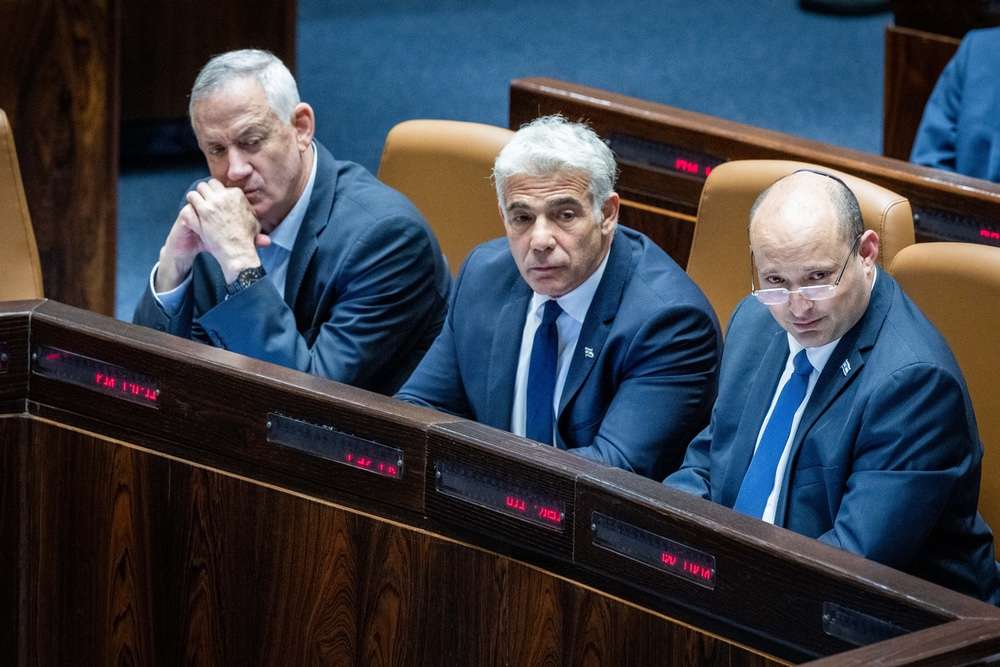 On issues where relative consensus could be found, Bennett’s coalition was effective in moving Israel forward. Photo: Yonatan Sindel/Flash90

This explains Bennett’s lack of popularity and has nothing to do with his lack of governing abilities, as we will see.

Under Bennett, Israel emerged from the Corona crisis without enforcing lockdowns.

In economic terms, Israel has also been doing well since the new cabinet took office. Economic growth was 8.2 percent last year, and despite inflation standing now at four percent, Israel is doing well compared to other Western countries.

Unemployment fell further to a 50-year record low of 2.9 percent, while for the first time in three years Israel got a state budget.

Now, when we take a look at foreign policy under Bennett and Lapid, who is currently the Minister of Foreign Affairs, the picture is no different.

The so-called Abraham Accords with the Arab Gulf States and Morocco have become an unprecedented success under this government. Lapid has opened embassies in countries that were until recently averse to relations with Israel, and tourism between the new peace partners has become a booming business. 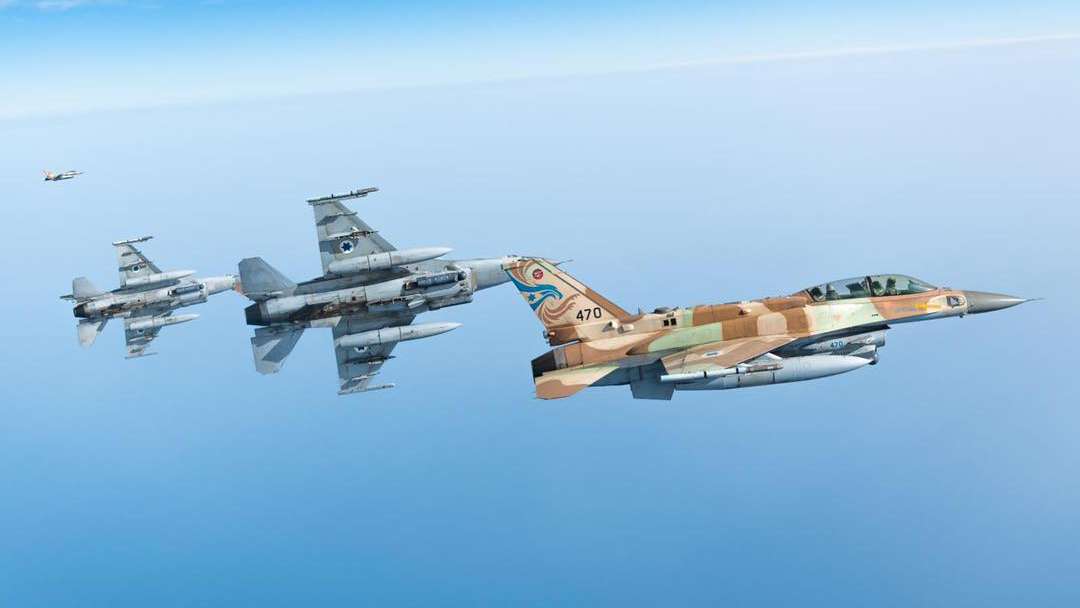 Bennett was also responsible for a partial change in approach to the Iran problem.

Israel’s foreign secret service Mossad has stepped up its activities within Iran and is no longer focusing solely on the Islamic Republic’s illegal nuclear weapons program.

Recently, Mossad assassinated key figures in Iran’s Islamic Revolutionary Guard Corps (IRGC). These were IRGC members who were involved in Iran’s imperialist program, which also provides for the elimination of the State of Israel.

Bennett has repeatedly said that Israel should move the fight against Iran to “the head of the octopus,” meaning to Iranian territory. This is what we are seeing happening now, also in the area of the prevention of a nuclear Iran. Mossad continues to sabotage Iran’s nuclear installations, while the Israeli military is now seriously training for a massive aerial attack on the Islamic Republic.

The visit of Rafael Grossi, the director-general of the International Atomic Energy Agency (IAEA) to Israel last Friday was also significant in this regard.

Grossi, apparently, now takes Israel’s intelligence capabilities in relation to Iran’s illegal nuclear activities seriously and wants to deal with Iran in a way his predecessors hadn’t even considered. 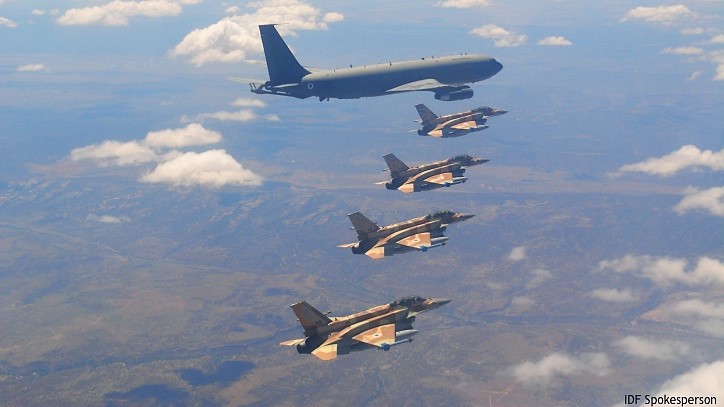 Under Bennett, the Israel Defense Forces (IDF) has also undergone, what seems to be, a metamorphosis.

Supported by an injection of billions of dollars, the IDF has acquired new state-of-the-art weapons and is able to conduct massive drills.

For the past month, the IDF has held one of the largest exercises in its history, which were dubbed “Chariots of Fire.”

This drill included preparations for a future multi-front war and for a full-scale attack on Iran.

Last week, for example, hundreds of Israeli Air Force (IAF) aircraft took part in an exercise over the Mediterranean Sea while Israeli soldiers were also in Cyprus for a drill with the National Guard of the island country.

The purpose of this exercise was to simulate a war against Hezbollah in Lebanon.

Cypriots in Paphos province were astonished when their peaceful existence was disrupted by the noise of hovering IAF Apache helicopters and by exercises by special IDF units in the coastal area of Paphos, as this reporter personally observed.

It was the first time ever the IDF held such an exercise in Cyprus.

The IAF is also continuing its campaign against Iran in Syria under Bennett with the latest airstrike taking place less than two days ago.

At 11:15 PM on Monday evening, two IAF fighter jets flew over the Sea of Galilee (Kinneret) towards the north of the Golan Heights.

A few minutes later, the two planes returned after having launched missiles at Iran-related targets near Damascus while killing five Iranian IRGC personnel.

It can be said that Bennett’s first year as Prime Minister was a success notwithstanding the fact that his coalition is slowly but surely disintegrating.

The question remains if this situation will now lead to a vote of no confidence in Bennett’s government.

Whether or not that happens will mainly depend on Sa’ar’s party New Hope, which earlier announced that a failure to pass the emergency bill extending civil law to the Jews of Judea and Samaria would lead to the fall of the government.