“It makes you cry,” lamented Rabbi Yair Zemer Tov as he talked in 2018 about the fact the State of Israel knows where the stolen Temple treasures are and seemingly isn’t doing anything to return them to Jerusalem.

In a video clip that’s still being shared enthusiastically on Hebrew-language social media, the rabbi insists that the reborn State of Israel must demand the Vatican return the Menorah and other precious items taken from the Temple when the Romans destroyed Jerusalem in 70 AD.

“What, are we waiting for the Archangel Michael to fly to Rome, destroy the Vatican and return them to us?” asked the incredulous rabbi. “These are the most precious items in the world to the Jewish people. Why do they remain buried deep underground?”

Indeed, the rabbi strongly suggested that there is a spiritual aspect to keeping the Temple implements hidden away. After all, most who are in possession of legendary historical artifacts are eager to put them on display. But not the items taken from the Temple in Jerusalem.

“That raises a lot of questions,” noted the rabbi. 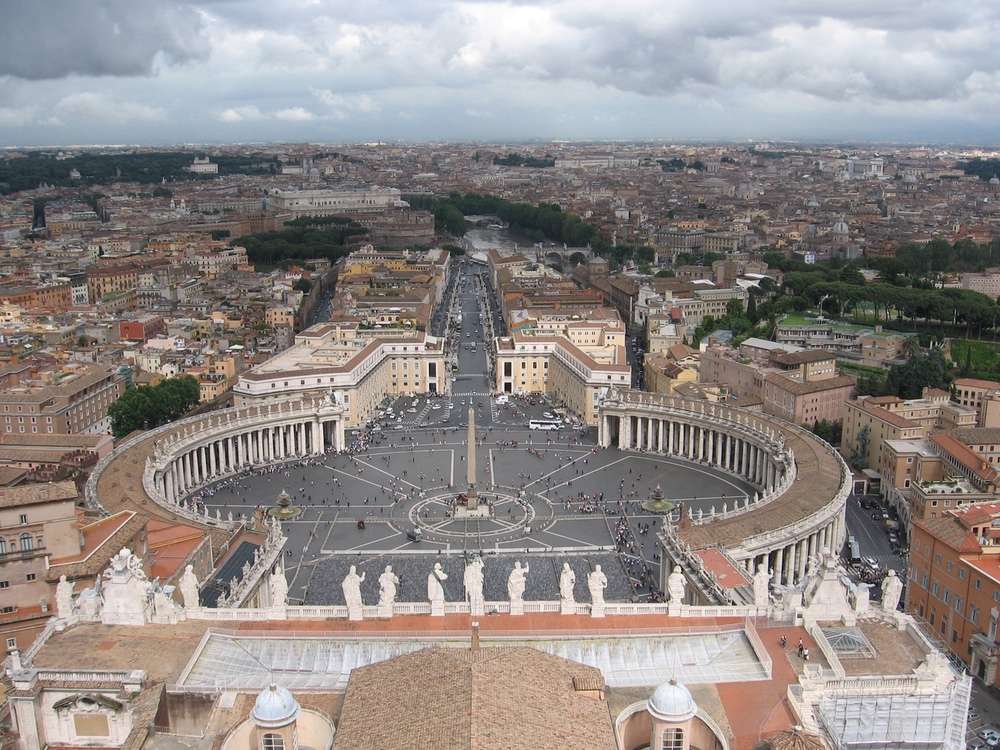 Vatican City in the heart of Rome. If they are still holding the Temple treasures from Jerusalem, why do these sacred items remain buried deep underground? Photo: Efrat Herman/Flash90

The skeptic might say that the Vatican isn’t displaying these items because it simply doesn’t have them. Rome was sacked a number of times, and various invaders might have carried off the Temple treasures and perhaps destroyed or melted them down. And that’s assuming they ever made it to Rome in the first place.

But in response to such skepticism, Rabbi Zemer Tov and others will point to historical evidence and a handful of eyewitness accounts that the items taken from the Temple did reach Rome and miraculously survived unscathed under Emperor Vespasian’s palace, over which the Vatican was later built.

The first and most obvious piece of evidence is the Arch of Titus located just outside the Colosseum in Rome. A triumphal arch, it depicts scenes of victory over the rebellious Jews of Jerusalem in 70 AD. In one of the carved panels, Roman soldiers are seen carrying away the Menorah and other treasures of the Temple. 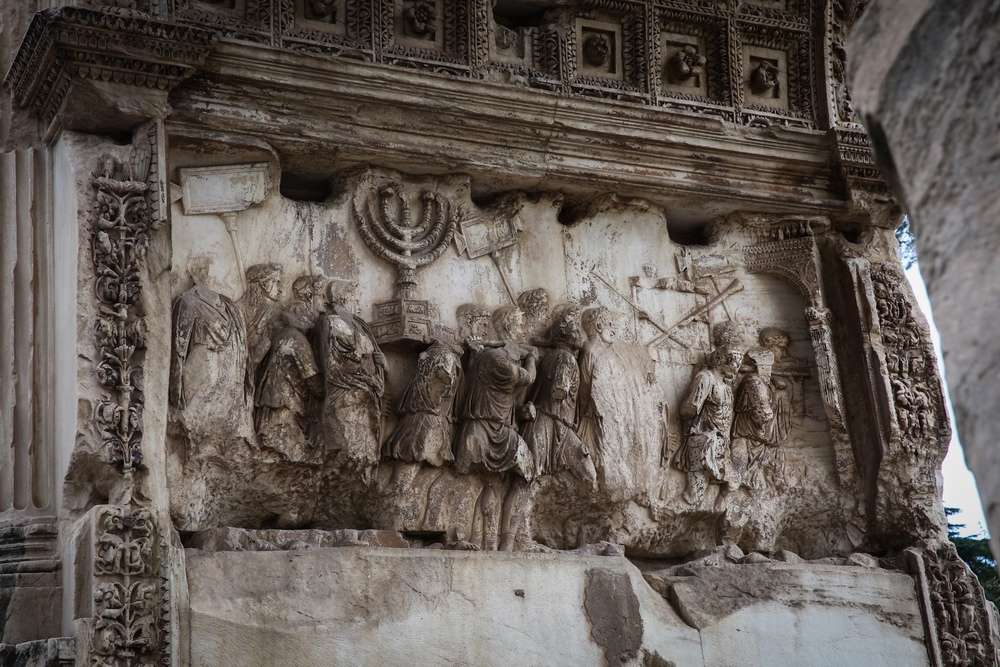 Arch of Titus in Rome. The evidence that the Romans took the Temple treasures back to their capital is right there for all to see. Photo: Yossi Zamir/Flash90

Josephus Flavius, a Jewish historian who switched sides and accompanied the Romans during their military campaign in Judea, likewise records that Vespasian laid personal claim to the Temple treasures and returned them to his residence in Rome.

But are they still there? According to several purported eyewitness accounts, yes, they are.

There are the writings of Rabbi Benjamin of Tudela from the 12th century asserting that the cave where Titus stored the Temple treasures for his father was still there, undisturbed, in the heart of Rome.

There’s the story of a Vatican Swiss Guard who 35 years ago discovered he was Jewish and decided to look upon Israel’s ancient treasures for himself, his trustworthiness, if not the account itself, later being confirmed by the former Chief Rabbi of Rome.

And there’s the more recent testimony of a Jewish man who 50 years ago studied at the Vatican’s Pontifical Urban University, and who recalls that his teachers went so far in trying to covert him as to show him the Temple treasures in an effort to demonstrate that the Jews were no longer God’s chosen people. His testimony was reportedly so convincing that in 2002, then-Israel Foreign Minister Shimon Peres negotiated with Catholic officials over the Temple treasures during a visit to the Vatican.

For more on these various eyewitness accounts through history, and especially in more recent decades, see Harry Moskoff’s article: Is there new evidence of Jewish Temple treasures in the Vatican? 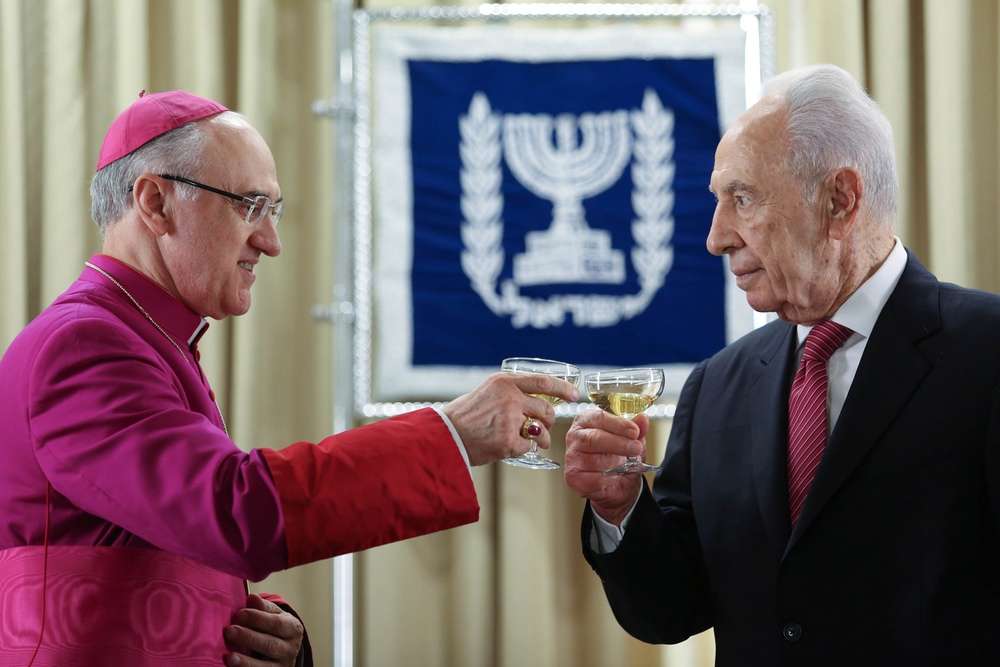 What did Shimon Peres say to Vatican officials after hearing compelling evidence they were in possession of Judaism’s most sacred treasures? Photo: Oren Nahshon/Flash90

But the testimony that Rabbi Zemer Tov leaned on was that of Rabbi Yitzchak Chai Bokovza, the chief rabbi of Libya in the early 1900s and a widely respected Torah scholar.

In 1929, Italy’s King Vittorio Emanuel III came to visit, Libya being under Italian control at the time. He was so impressed with Rabbi Bokovza that the king implored the sagely Jew to attend his son’s upcoming wedding and bless the new couple. The rabbi eventually acquiesced and traveled to Rome. Following the wedding, the grateful king let Rabbi Bokovza ask for anything his heart desired. There was but one thing: to lay eyes upon the treasures of the Temple.

The fact that Rabbi Bokovza made such a request, recorded as it is in his various writings, already testifies to the widespread belief at the time that the treasures of the Jerusalem Temple were still buried beneath Rome.

Photo of Rabbi Bokovza with the King of Italy visiting Libya in 1929. Photo belongs to the Hitachdut Olei Luv and is licensed under the Creative Commons Attribution-Share Alike 3.0 and has not been changed in any way. https://creativecommons.org/licenses/by-sa/3.0/deed.en

The king pressured the pope and the rabbi was permitted into the catacombs deep below the Vatican.

But just as the guard accompanying him was about to pull back the veil, Rabbi Bokovza asked him to stop, insisting he’d “seen enough,” and rushed back outside. He then swore an oath of silence and died a month later.

“This is a true story,” insisted Rabbi Zemer Tov, and indeed numerous accounts from the time attest that it is. “And the big question is, why has the reborn and sovereign State of Israel not made a request to return what belongs to the Jewish people?”

He noted that Israel since gaining independence has made all manner of efforts to return what was stolen from the Jewish people by the Nazis. “But the thing that is most precious to us, you know exactly where it is located, but are doing nothing to return it to us,” he sighed. “Why does it remain buried?”