Video: Miraculously, no one was injured when a Gaza rocket scored a direct hit on Highway 4 near the town of Gan Yavne (Netivey Israel – נתיבי ישראל)

The day began with air raid sirens across the northern Negev and the Greater Tel Aviv area.

Overnight, the Israel Air Force (IAF) had taken out Bahaa Abu al-Ata, a high-ranking Islamic Jihad leader in Gaza. Al-Ata was responsible for numerous attacks on Israel in recent months and years. He is also believed to have been planning further larger attacks against Israeli population centers. 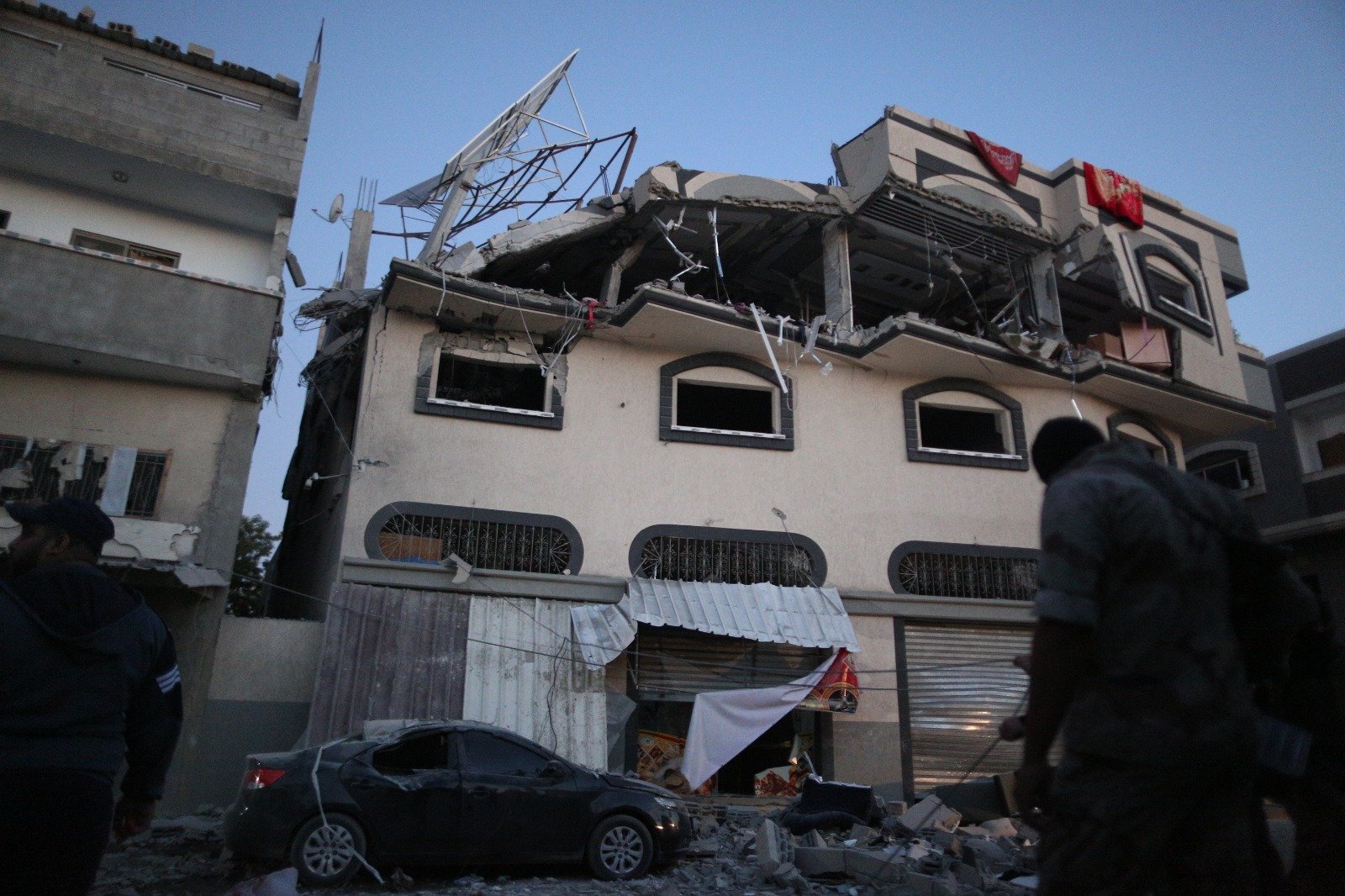 Israel’s surgical strike against al-Ata destroyed only the bedroom where the terror chief was sleeping.

The Islamic Jihad response was not long in coming. At 5:50 AM, the first air raid sirens sounded. The terror group openly declared that it was at war with Israel.

Soon after, the rocket fire began and then spread north. At first they hit the cities of Sderot, Ashkelon and Ashdod. By 7:00 AM, rockets were being fired at the central Israel towns of Rishon Letzion and Holon. All across the south and in the heavily-populated Greater Tel Aviv region, schools were closed and families were warned to remain near a bomb shelter. Most places of business also remained shuttered, and security officials banned any large public gatherings.

By 8:00, more than 30 terrorist rockets had been fired into Israel. In Ashkelon, a shrapnel fell near a sports field, and in Sderot a residential building suffered a direct hit. There were no physical injuries, but a number of people were treated for shock. Around this time, the first rocket hit the Greater Tel Aviv area.

At 11:00 AM, Naftali Bennett was scheduled to take the post of Minister of Defense. The coming hours will reveal how the situation develops, though most are assuming that this new “round” of fighting could take a few days, and might develop into another major military operation in the Gaza Strip. Of course, whether or not it comes to that often depends on the number of casualties on the Israeli side.

By mid-afternoon, the number of rockets fired from Gaza had reached 150, while the vaunted Iron Dome anti-missile system had intercepted at least 60 of those rockets that it’s algorithms deemed most threatening.