Archaeological finds are regularly made in Israel. However, unearthing two of the oldest synagogues in northern Israel, barely a kilometer apart, is sensational even by Israeli standards.

About four miles north of the city of Tiberias at the Sea of Galilee (Kinneret in Hebrew) is Moshav Migdal located at the foot of the Arbel cliff, one of the most special and beautiful mountains in Israel.

Modern Migdal was founded in 1910 after a group of German Catholics initially wanted to settle there in 1908.

The group of European Christians was certain that the ground on which the moshav was later built contained the ruins of ancient Magdala (Aramaic for Migdal).

According to Christian tradition, Magdala was the hometown of Mary Magdalene, and Jesus preached there.

The German Catholics soon gave up on their plan to establish a settlement at the foot of Mount Arbel. This had to do with the extreme heat and the malarial mosquitoes that made life in the area almost impossible.

Beginning in 1910, Russian Zionists began purchasing land in the area where Migdal is now located and built a farm they called Achuzat Moskva, which means “Moscow Mansion.”

In 1922, Migdal already had 51 inhabitants, most of them Muslims who lived in the village of al-Majdal adjacent to what is now Migdal.

During the 1948 War of Independence, the Muslims left their village at the shore of the Sea of Galilee and most of the houses were subsequently destroyed.

The site remained fallow after the war that preceded the foundation of the State of Israel. 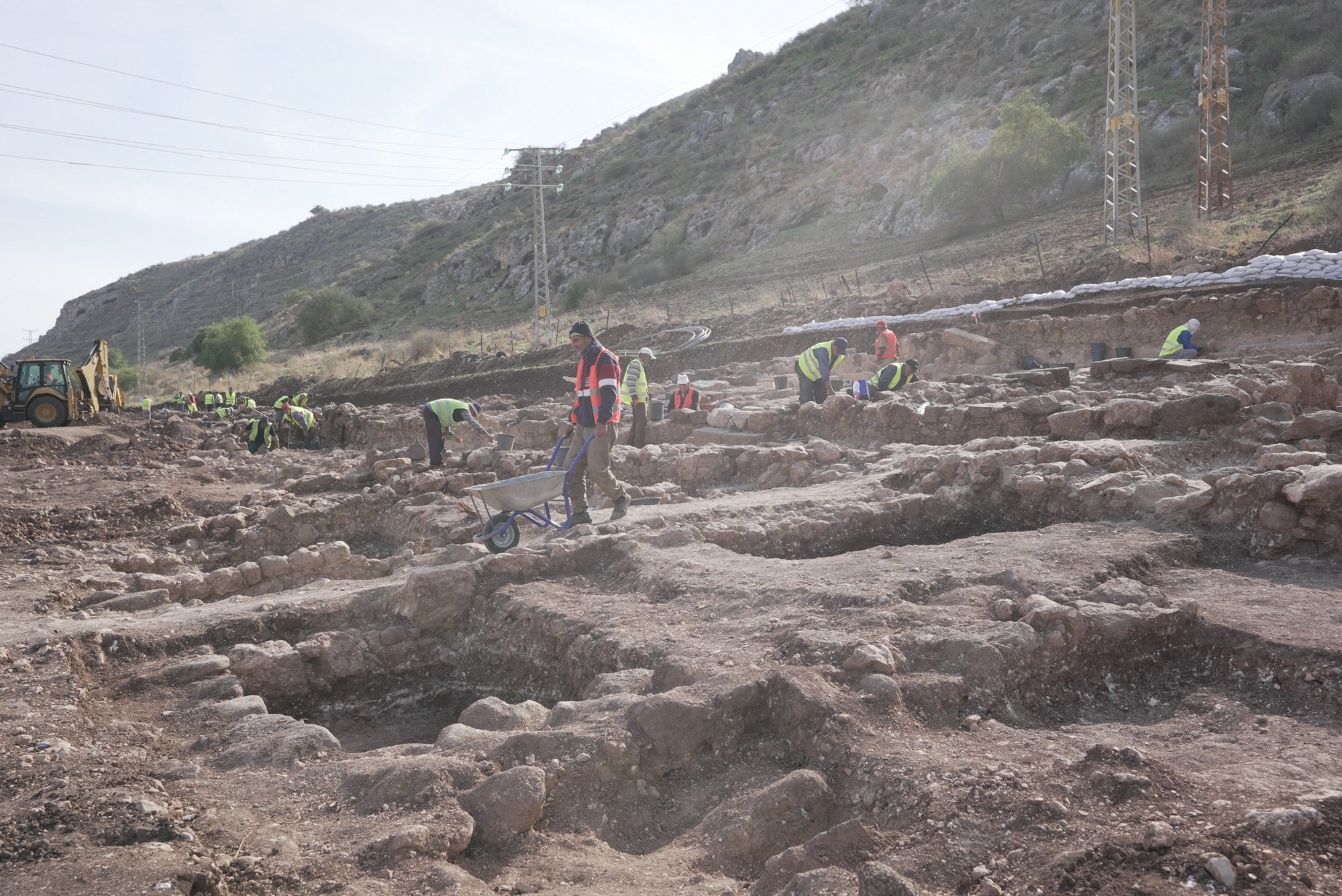 Uncovering the biblical past.

From 1971 on changes started that eventually led to the discovery of the ruins of ancient Magdala, or Migdal, which means “tower.”

Part of the land on which Magdala once stood was sold to Christian organizations who wanted to establish a new pilgrimage site and later a hotel.

Another part of the land was later bought by Arab businessman Saleh Dabah, who built a small shopping center and a large supermarket there. There are also four restaurants in the commercial center and three hotels have been built nearby so far.

The Christian organizations first had to do fundraising before they could realize their plans, but in the meantime, they started excavations on a small scale that laid bare the ruins of a Byzantine city.

It wasn’t until 2006 that the real major excavations began prior to the construction of the spiritual center by the Magdala Organization.

These excavations are required by law in Israel and have to be done before the beginning of every new construction or infrastructure project.

The Israeli Antiquities Authority led the excavations, and soon sensational discoveries were made that showed that Magdala was a predominantly Jewish village until it was destroyed by the Romans during the last battle of the Great Jewish Revolt (67 AD).

The first evidence of this was the discovery of ritual baths (Mikva’ot) in the destroyed houses.

These ritual baths are found in every religious Jewish community to this day and enable religious Jews to maintain ritual purity.

Subsequent excavations in 2009 and 2013 showed other very unique finds, including the oldest synagogue in Galilee, and the so-called “Migdal Stone.”

This big stone had an inscription of the menorah, the seven-armed candlestick that also stood in the Temple.

It was the first inscription of a menorah found outside of Jerusalem.

The stone was found in the excavated synagogue and was probably the base of the bima, the table on which the Torah scrolls are placed before the weekly Torah portion is read 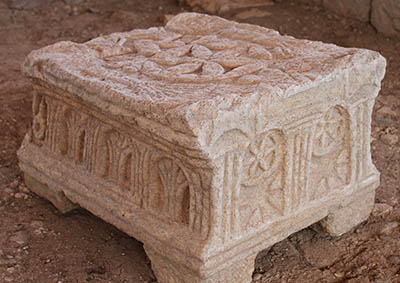 The “Magdala Stone” attesting to the prosperity of this New Testament-era village.

The Christian Magdala Organization, which now manages the complex where the excavations were done, writes on its website about the disciples of Jesus and about the village where Mary Magdalene lived.

The organization now also recognizes that Jews lived in the village, however.

There had previously been criticism of the organization’s guides for omitting any mention of indisputable evidence that Magdala was a Jewish village when touring the archaeological site with groups of tourists.

Now, for example, the Magdala Organization writes that two rabbis of the Talmudic period had lived in Magdala: Yudan of Magdala and Isaac of Magdala, who lived in the third and fourth century BCE, respectively.

Another article on the website of the Magdala Organization tells the story of Rabbi Shimon Ben Lakish who also lived in the third century and took refuge in Magdala after a conflict with Rabbi Yochanan.

Ben Lakish was consulted by the remaining Jews in the village about using the stones from the destroyed synagogue in order to build a new one.

The Talmud reported that Ben Lakish forbade the use of the stones because any evidence that there was a synagogue in Magdala would disappear, according to the article.

Thanks to this advice from Rabbi Ben Lakish, the synagogue of Magdala can now be seen by visitors and hopefully soon one more ancient synagogue will be open to the public, as came apparent on Sunday.

Nathaniel Alfassi, the mayor of Migdal, announced that an additional synagogue had been uncovered during new excavations at the Mango junction near Magdala.

The discovery was made before a construction company wanted to turn the dangerous junction at Highway 90 into a roundabout.

According to Alfassi, the unearthed synagogue was located in the western quarter of Magdala at the foot of Mount Arbel.

The sensational find shows that ancient Migdal was larger than originally believed and now necessitates a drastic change to the original construction plan for the roundabout.

The mayor of Migdal wrote in a Facebook post that he was pleased and honored that Migdal will now have a new attraction and that he thought the moshav would become even more attractive to Israelis.

Alfassi also reported that talks about the changes in the original construction plan and the exploitation of the new attraction at the Sea of Galilee will begin in the coming days.

Migdal today has more than two thousand inhabitants and is popular with Israeli tourists who rent so-called ‘tzimmerim’, apartments with jacuzzis and swimming pools.

Foreign tourists, who will hopefully be able to return soon after Corona restrictions are lifted, can now choose from five hotels, including one in nearby Kibbutz Ginosar.