“Every Torah student who goes to school is stepping over the bodies of 4,000 who died of coronavirus”

Violence has hit the streets of Israel against this week after a relatively quiet year thanks to the coronavirus crisis. But it’s not coming from the usual sources, and this violence, like the quiet before it, has everything to do with the COVID lockdowns.

It is by now no secret that Israel’s ultra-Orthodox Jewish community has put up more resistance to the coronavirus restrictions than other sectors of society. And the situation seemed to reach boiling point on Sunday and Monday of this week when ultra-Orthodox extremists, primarily youth belonging to a group known as the Jerusalem Faction, clashed with police in Jerusalem, Beit Shemesh, Ashdod and the Greater Tel Aviv town of Bnei Barak.

A number of police officers were wounded, dozens of rioters were arrested, and there were numerous incidents of arson and destruction of property, including burning a public bus. 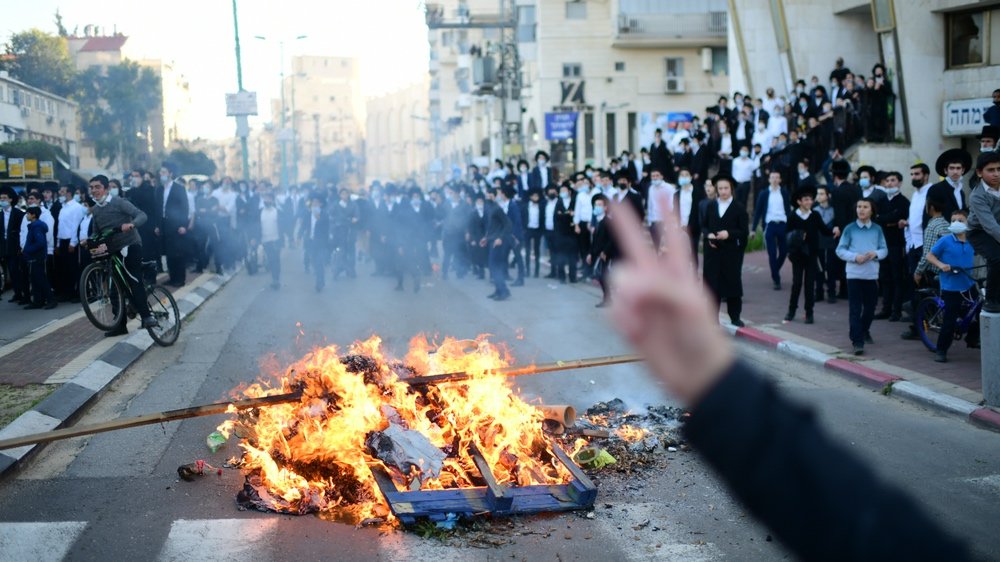 Orthodox youth set fires as they clash with police in Bnei Barak.

It would be wrong to characterize the entire ultra-Orthodox Jewish community in Israel as rebellious. Just as it is wrong to generalize bad behavior in any group or population.

But it has nevertheless been jarring for Israelis to see the behavior of certain groups of Orthodox over the past two weeks of lockdown. And a growing number of Orthodox Jews themselves are upset that more hasn’t been done from within the community to curb such conduct.

Israel’s Sephardic Chief Rabbi Yitzhak Yosef condemned the ultra-Orthodox rioters for “desecrating the heavens. Their way is not the way of the Torah. We are all sons of Abraham, Isaac and Jacob and we are all commanded to ‘love your neighbor as yourself.’”

In an effort to shake awake his community to the reality of the situation, Dudi Shwamenfeld‏, the anchor of a popular news program on the ultra-Orthodox radio station Kol Barama, did not mince words in last Monday’s broadcast.

“Every Torah student who goes to school is stepping over the bodies of 4,000 who died of coronavirus,” insisted Shwamenfeld, referring to the rabbis’ refusal to close ultra-Orthodox schools in defiance of government orders.

“What is it going to do to a child when in 10 years he realizes that he murdered his grandfather” by bringing the virus home, continued Shwamenfeld. “Our community is supposed to reflect the sanctity of life, but we have become killers.”

He had especially harsh words for those in the ultra-Orthodox community who go out in public knowing they are sick (though it should be noted that non-religious Israelis have been caught doing the same). “What Hitler failed to do, you are accomplishing!” stressed Shwamenfeld. 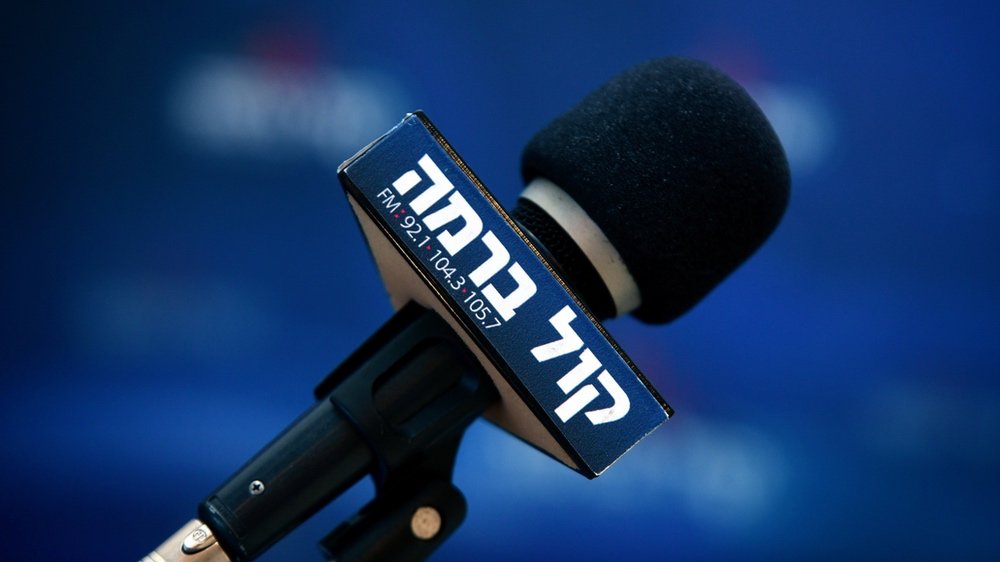 If they won’t listen to the government, maybe they’ll listen to Orthodox media. Kol Barama has a major voice in the community.

Yehuda Meshi-Zahav is an ultra-Orthodox Jew, and he’s also head of the ZAKA emergency medical response organization. Both his mother and father died of COVID-19 earlier this month, within days of one another.

Meshi-Zahav told The Times of Israel that leading rabbis “have blood on their hands” for the deaths of his parents and many others.

He decried the general lack of vigilance and understanding in the ultra-Orthodox community regarding the coronavirus. He noted that it didn’t matter how often or effectively the government communicated the danger so long as leading rabbis didn’t take the pandemic seriously, because many ultra-Orthodox will ignore all but what comes out of their rabbi’s mouth.

Such was the situation with Meshi-Zahav’s mother. Despite the fact that her own son is a medical expert and warned her of the risk of infection, she decided to hold a Hanukkah party because her rabbi permitted doing so. She was almost certainly infected at that party, and died several weeks later.

Should We Welcome Homosexuals in Our Churches and Synagogues?

What Does the Israeli Election Look Like From Mars?