Israel is under attack! Terrorists are coming out of their lairs murdering Jews all across Israel! We cannot wait any longer!

Now we must sacrifice the Passover Lamb on the Temple Mount where the Holy of Holies still stands to put an end to the terror and make peace with the Most High G-d! 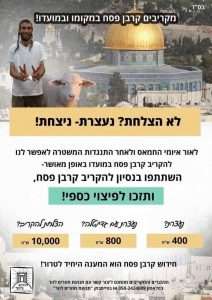 The religious call making its way around Israel.

This is an actual appeal now spreading around the country by a Jewish movement called “Back to the Temple Mount” calling for the sacrifice of a Passover Lamb on the Temple Mount on Passover Eve, this Friday night as the Sabbath begins, April 15th.

The movement is asking Jewish people to do everything possible to make the Passover sacrifice on the Jewish Temple Mount on the very spot where the Holy of Holies once stood 2,000 years ago. The group says that this is the only way to gain God’s favor and protection for the Jewish people from the plague of terror now hitting Israel, just like when God “passed-over” the Children of Israel in Egypt on the first Passover Eve.

But making a sacrifice on the Temple Mount is not going to be easy. For a Jew to even go up to the Temple Mount, let alone while Muslims are at the same time celebrating their Holy Days of Ramadan, is not simple. But a Jew going up and sacrificing a live lamb on the Temple Mount at a time when Ramadan and the Jewish Passover collide? That by itself would be a miracle (and perhaps sign of the coming Messiah?).

Anyway, the organizers understand the risks involved in getting a lamb up to the Temple Mount and making a sacrifice, so they are offering financial incentives to those willing to try.

Since it is nearly impossible at any time to smuggle a lamb through one of the security entrances to the Western Wall Square, let alone for a Jew to bring one up to the heavily guarded Temple Mount during Ramadan, the price for the third option is much higher.

Palestinian media have been raising warnings about the sacrifice of a Passover Lamb on the Temple Mount and produced this poster in Arabic. 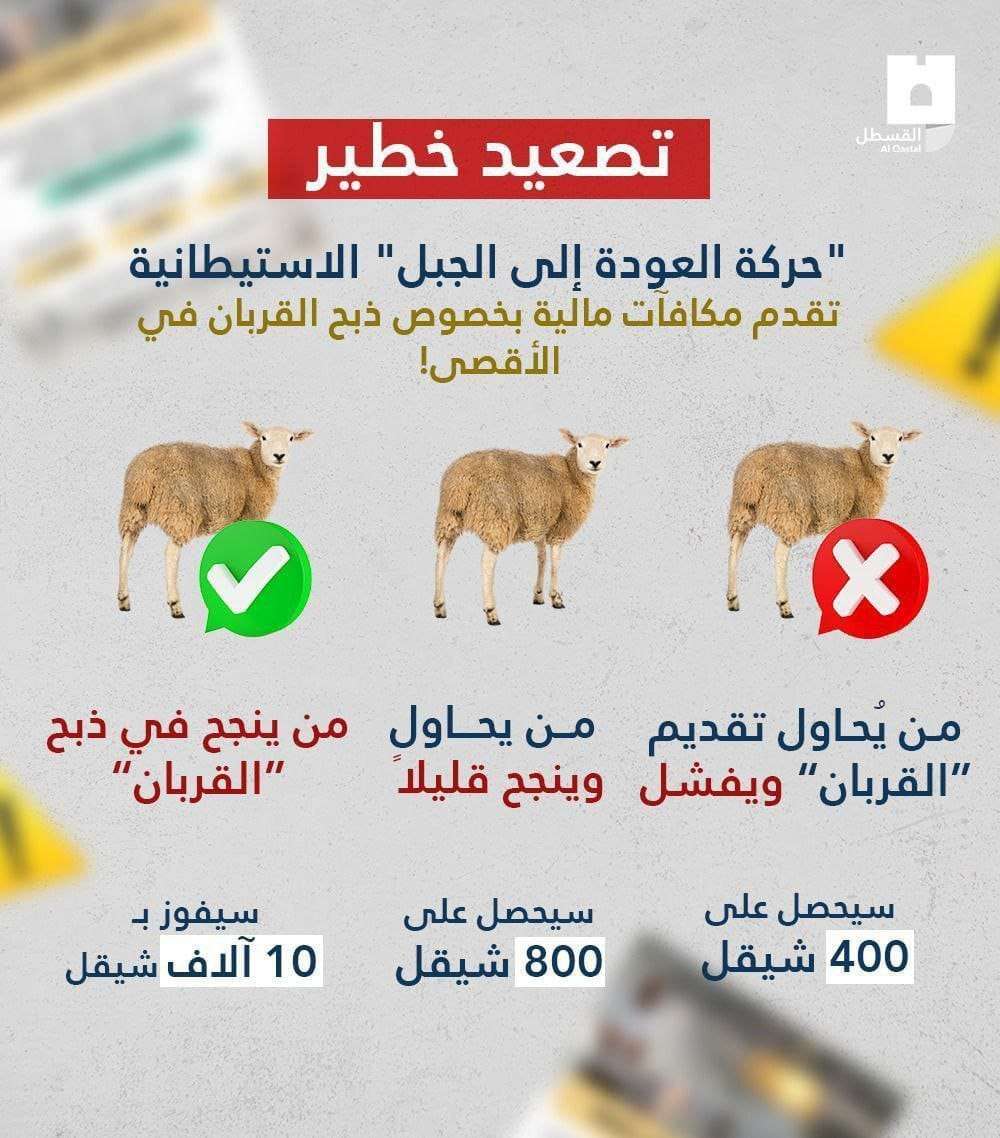 Arab poster warning that Jews will try to sacrifice a Passover Land on the Temple Mount.

And, of course, Hamas and Islamic Jihad are sending out militant warnings saying that Jews plan to “storm Al-Aqsa Mosque on April 15th,” the eve of the Passover Seder meal.

All roads point to trouble with Passover, Ramadan, recent terror attacks across the country and Israeli security forces aggressively hunting down hostile militants in Arab and Palestinian towns all coinciding. Ramadan is always a time of increased tension in Israel, but this year colliding with Passover and bloody terror attacks on everyone’s mind, it looks like a perfect storm is brewing for the Jewish holidays.

May the Lord rise, Pass-Over and protect the People of Israel in the coming days.