Several hours after the start of a ceasefire to halt hostilities between Israel and Hamas, the calm persists, but remains fragile.

This comes following an 11-day battle, in which Hamas fired over 4,000 rockets toward Israel’s southern and central cities and massive Israeli airstrikes that were carried out on Hamas targets in the Gaza Strip, leading to the destruction of more than 100 kilometers of underground tunnels used by the militant organization. Both Israel and Gaza suffered tragic civilian casualties as a result of the fighting.

Currently, the question remains whether or not a long-term plan will be implemented to prevent another round of deadly clashes in the future.

Beyond the devastating destruction and death toll, one of the most defining characteristics of the 11-day battle was the change in the international climate concerning the Israeli-Palestinian conflict. The global reaction to the conflict was widespread, and it took a very sharp turn in the Palestinian direction.

US President Joe Biden was under immense pressure by influential figures in his party to intervene and force Israel to cease its airstrikes. At the same time, an increasing number of Democrats are pushing to place heavy restrictions on US military aid to Israel. There were also several pro-Palestinian mass protests that were organized in major capitals around the world, including London, Paris, Berlin, Brussels and Washington D.C.

While these actions in and of themselves may be legitimate (even if you disagree with them) expressions of criticism of Israeli policies and behavior, the thin line between anti-Israel and antisemitism seems to always be crossed.

Various manifestations of anti-Jewish hate were captured at these protests. Chants quickly escalated from “Free Palestine” and “Stop the war” to antisemitic rhetoric referring specifically to Jews. Protesters shouting “Jews, remember Khaybar, the army of Muhammad is returning,” were recorded in rallies being held in Europe. Increasing numbers of antisemitic attacks have also been reported in the US set against the background of this conflict. Unfortunately, while criticism of Israeli policies is legitimate and important (Israelis themselves are the country’s harshest critics), anti-Israel rhetoric is often times merely a façade for antisemitism. 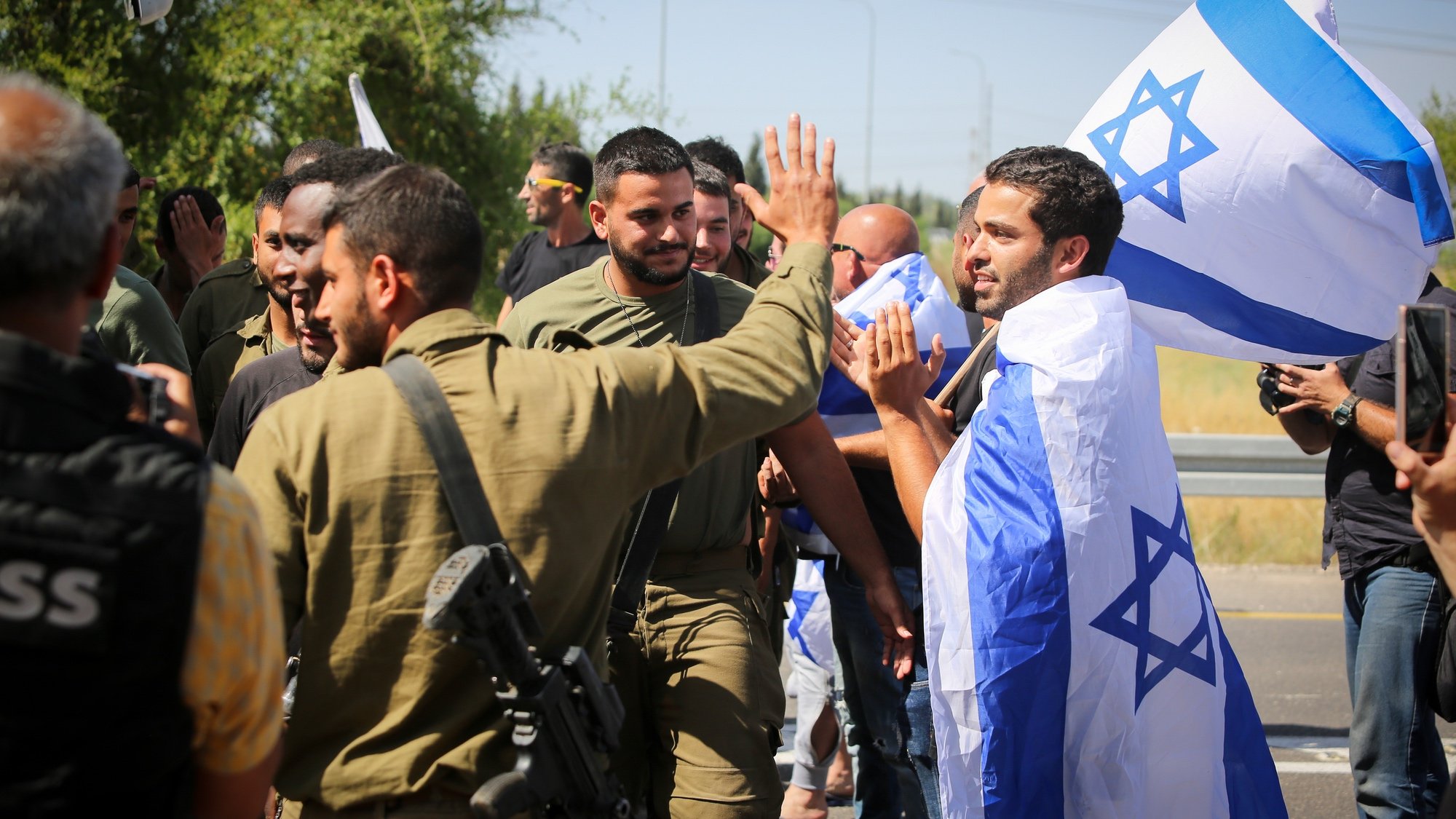 No matter how much the world protests, the Jewish people will never again allow themselves to be defenseless.

It comes from the top

Remarkably, the current wave of antisemitism is not present among your average citizens alone. International diplomats have been filmed spreading antisemitic tropes as well. In an interview with Pakistan’s Foreign Minister, Shah Mahmood, CNN journalist Bianna Golodryga probed him concerning peace efforts between Israel and Hamas. Instead, Mahmood began with a startling response, stating that Israel has “deep pockets” and are very influential people who “control the media.”

Although many denounced the egregious comments made by Pakistan’s FM, tragically, there were others who tried to defend him. Even more outlandish, calling out and denouncing vicious attacks against Jewish bystanders by pro-Palestinian protesters has been reckoned by some as defending Israel at the expense of Palestinian children. This is utter nonsense.

Ignorance of the situation

In addition to the turn toward the Palestinians in international public opinion and the rise of antisemitic attacks around the world, the global reaction to this conflict also displayed an extremely simplistic understand of reality on the ground.

The vastly simplistic framing of the Israeli-Palestinian conflict was best illustrated in two monologues by American TV hosts Trevor Noah and John Oliver. Both of them explained to their audiences how there is a serious imbalance of power between Israel and the Palestinians. Both of them referred specifically to the disparate numbers in the fatalities as a result of the fighting. They mentioned that there are vastly more casualties on the Palestinian side due to the fact that Israel is by far superior with its advanced military technology and defense systems. Israel is portrayed as a villain by the mere fact of possessing more military might than Hamas.

What is ironic about this trend is not merely the fact that Israel is criticized for investing resources for the purpose of defending its citizens in the form of the Iron Dome missile defense system. Rather, it is that a disproportionate death toll is what much of the world is using to define who is “right” and who is “wrong” in this conflict. 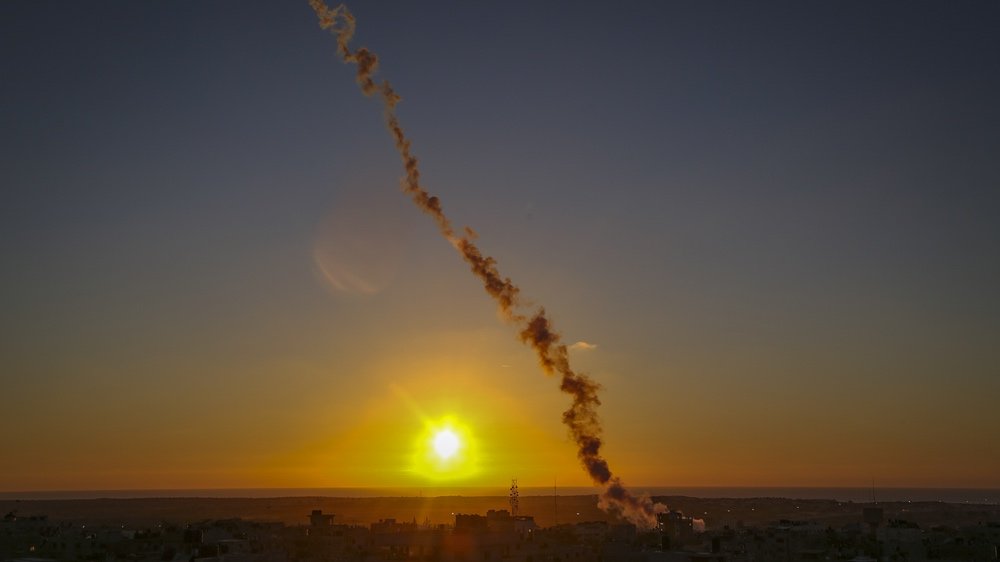 The Iron Dome is a blessing for BOTH sides. Without it, far more Israelis would have died, and by necessity Israel’s response would have been far more harsh.

While the disparity in numbers of casualties is vital, acts of violence themselves are given far less attention. It seems to matter less that almost all of Hamas’s more than 4,000 rockets were aimed at civilian population centers and not military targets. Each one of those is a severe war crime according to international law and carried the potential of harming non-combatant Israelis. The fact that Israel has advanced technology that is highly successful in intercepting those rockets does not make the act of violence itself less severe. Having power is not a crime in and of itself, even if it does require tremendous responsibility.

One lesson from the global reaction to this conflict, whether we are talking about power disparity or antisemitism, is that there is increasing pressure to choose one side, giving them unconditional support—either for Israel or for the Palestinians—and to vilify the other.

We need to come to a point where we can recognize the pain and suffering of both Israelis and Palestinians. We can be Zionists and love Israel while still opening our eyes to seek and understand Palestinians. It’s imperative if we desire to make positive change in the Israeli-Palestinian conflict.