Treaties Aside, There Remain Obstacles to True Peace

Islam forbids alignment with the Jews, so why have the Gulf states decided to normalize relations?

For the sake of brevity, many are referring to recently announced deals between Israel and the Gulf states of the United Arab Emirates and Bahrain as “peace agreements.” The know-it-alls then like to shout that they’re not “peace” deals, but normalization, since Israel was never formally at war with either of these countries.

What they ignore, what all Western peace brokers and observers ignore, is that the State of Israel has been at war with Islam (and therefore with the entire Muslim Ummah) since its rebirth in 1948. Really, it goes back further than that. A state of religious war has existed since the 1920s, when the Grand Mufti of Jerusalem, Haj Amin al-Husseini, began preaching that the pre-state Jewish community must be driven from lands formerly under Muslim rule. His religious incitement was the foundation of repeated Arab invasions of Israel long before it was “occupying” the West Bank. And that brand of incitement can still be heard in mosques across the Middle East today.

Despite decades of direct political engagement, it still seems difficult for Western interlocutors to accept that in the Muslim world, there is no separation of religion and state. When the Islamic world’s top clerics preach anti-Israel sermons (especially on state-run television), that is relevant to the political decisions of the region’s national leaderships. When Arab political leaders participate in Friday prayers demonizing the Jewish state, that should be taken as part-and-parcel of their foreign policy. 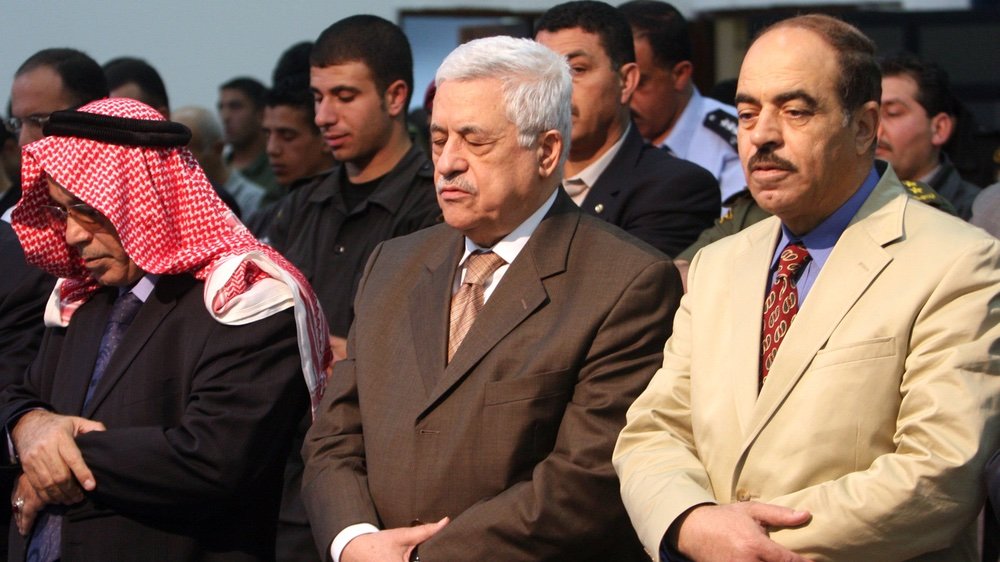 That the rulers of the UAE and Bahrain have chosen to now act contrary to these hostile teachings is an act of peacemaking. It sets an example for all other Arab Muslims, regardless of the sheikhs’ non-religious motives.

But many Muslims see it as an act of heresy.

Forget the Palestinians and their nationalist cause, say many Muslims, what the UAE and Bahrain have done is a violation of the Koran!

An op-ed published earlier this month by the Egypt-based pan-Arab newspaper Al-Omah included reference to Koran 5:51, which reads:

“…do not take the Jews and the Christians as allies. They are allies of one another. And whoever is an ally to them among you – then indeed, he is of them. Indeed, Allah guides not the wrongdoing people.” (h/t Elder of Ziyon)

The author quoted the above verse to argue that the rulers of the UAE (and now Bahrain) are not just heretics, but “hypocrites,” those who appear to be Muslims but actually work against Islam. Another Koranic verse (4:145) condemns such people to the lowest depths of hell.

That op-ed reflects how many Arabs were raised from childhood to view Israel and the Jews. They were brought to up to consider themselves as part of an ongoing religious war against the Zionists. That kind of ingrained hatred can’t be erased overnight, especially when it’s rooted in one’s religious beliefs. 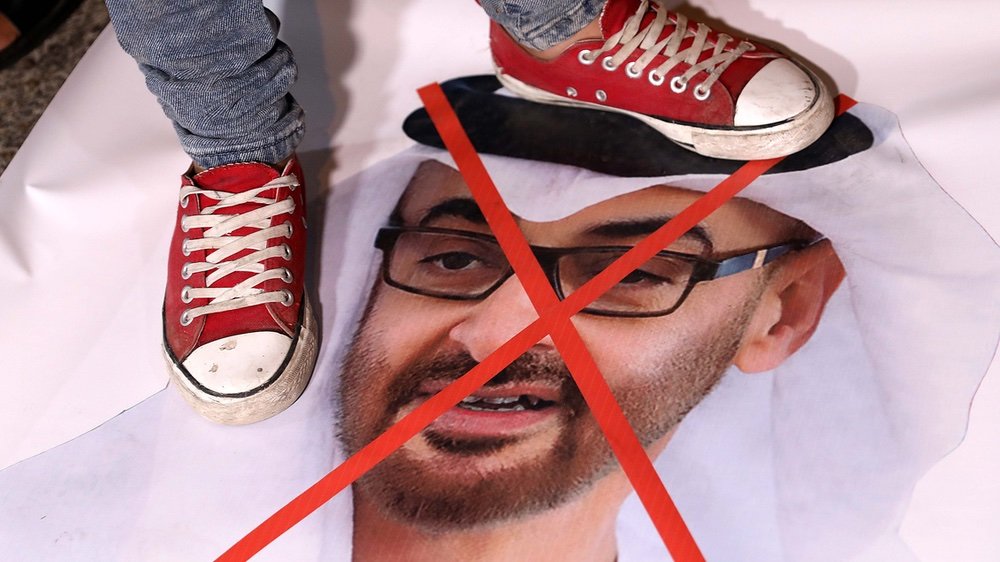 The Palestinians have denounced the Gulf rulers for betraying not only their national cause, but Islam itself.

The UAE and Bahrain deciding to normalize relations with Israel cannot be seen in isolation, separated from this condition of religious war that has existed between the Jewish state and the Muslim world for the past 72 years.

What is the reason they have now chosen to go against the status quo? Is it because they today consider the benefits of economic and security cooperation with Israel as more important than adhering to a strict interpretation of the aforementioned verses? Perhaps they think those verses passé and no longer relevant in today’s Middle East? Are they playing a long con and exploiting the promise of normalization to weasel their way in and put increased pressure on Israel to divide its God-given land? Some of the statements made by the UAE and Bahrain suggest that might be the case, while many of their actions over the past month indicate that this is a genuine reconciliation.

Whatever the case, in the eyes of a great many Muslims, the UAE and Bahrain have violated the word of Allah by aligning themselves with the Jews politically, militarily and economically. It has little, if anything, to do with the Palestinians, and everything to do with Islam. Which, again, exposes the the fact that Muslims who interpret the Koran this way, including the Palestinian leadership, never intended to make real peace, even if Israel were to surrender to all their demands. How could they? Allah forbids it. 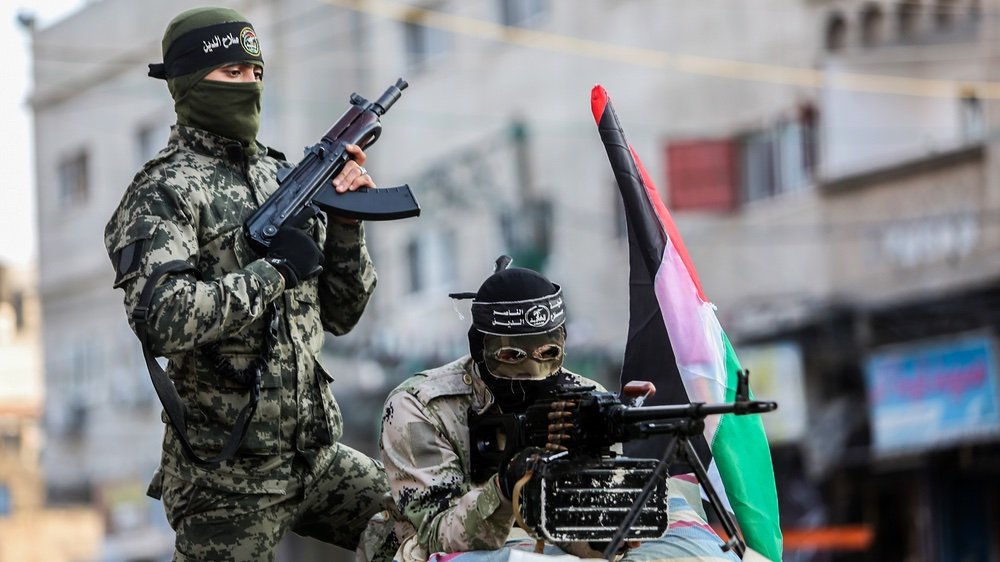 Does anyone think there guys were ever going to live in peaceful coexistence with Israel?

The UAE and Bahrain have risked being labeled heretics and incurring the wrath of much of the Muslim world. They’ve offered Israel everything it ever wanted (normalization) without Palestinian demands first being met, which it can be argued weakened any leverage the Palestinians had to compel Israeli acceptance of their terms. The full reason for this will no doubt play out in the coming months and years.

One thing is certain – the dramatic shifting that is taking place speaks to a far greater force at play than those that have been wrangling over the Middle East for the past half-century.

The king’s heart is a stream of water in the hand of the Lord; he turns it wherever he will. Proverbs 21:1

For the kingdom is the Lord’s and He rules over the nations. Psalm 22:28

Another certainty is that the unprecedented happenings in the Middle East did not take Heaven by surprise. And if this is indeed His handiwork, wrought for His ultimate purposes, Israelis are in the meantime determined to enjoy this respite from animosity. Of course, they reacted the same to the fateful “Oslo Accords.” Let us pray that the Abraham Accord does not produce a similar outcome.