(JNS) Following the death of Palestinian-American journalist Shireen Abu Akleh in a firefight between the IDF and Palestinian terrorists in the West Bank town of Jenin, Israel’s detractors in Washington rushed to declare without evidence that Israel was guilty of her “murder” and demanded American sanctions on Israel.

When will the world and those who stand by Apartheid Israel that continues to murder, torture and commit war crimes finally say: “Enough”?

Shireen Abu Akleh was murdered by a government that receives unconditional funding by our country with zero accountability. https://t.co/c2yLpM7UC1

Tlaib’s congressional colleague, Rep. Ilhan Omar (D-Minn.), who has been criticized for previous antisemitic statements, proclaimed, “We provide Israel with $3.8 billion in military aid annually with no restrictions. What will it take for accountability for these human rights violations?”

She was killed by the Israeli military, after making her presence as a journalist clearly known.

We provide Israel with $3.8 billion in military aid annually with no restrictions.

What will it take for accountability for these human rights violations? https://t.co/MGSVc6jYXJ

The anti-Israel congresswomen are not alone. As Israel and the Biden administration argue over the Iran deal, Israel’s settlement policies and the establishment of an American consulate in Jerusalem for the Palestinians, some commentators and former American officials have begun to fantasize about punitive measures against the Jewish state.

The idea of a weapons embargo on Israel or aid cuts has a long history in the US-Israel relationship. Today, spurred by progressive Democrats, it could reemerge as an expression of US pique at Israeli settlement construction or actions to destroy Hamas or Hezbollah forces and weapons.

Such a policy, however, would be almost impossible today. The US is no longer Israel’s “patron” and Israel is no longer a “client.”

The US was not always Israel’s main ally. Indeed, until the 1967 Six-Day War, Israel went to France and Britain for arms, while President John F. Kennedy, for example, allowed only defensive Hawk anti-aircraft missiles to be sold to the Jewish state. Only in 1967, after French President Charles De Gaulle abandoned Israel during the run-up to the Six-Day War and then imposed a weapons embargo, did Israel began to look to the US for weapons supplies.

However, the Americans often made punitive use of economic and military aid to Israel. This traces back to the tenure of President Richard Nixon. In 1970, Jewish Americans demonstrated against French President Georges Pompidou’s visit to New York. They did so because France had canceled the sale of aircraft to Israel and sold them to Libya instead. Journalist Richard Reeves stated that Nixon was so angry at the insult to his foreign guest that he declared, “The fking Jews think they can run the world.”

“Right there,” Reeves wrote, “Nixon decided to postpone the sale and delivery of 25 Phantom jets and 80 Skyhawks to Israel.”

A few years later, during the 1973 Yom Kippur War, Nixon and his National Security Advisor Henry Kissinger used emergency arms assistance to Israel as a lariat to rein in Israel’s counterattack against Egypt. In 1975, Kissinger, then advisor to President Gerald Ford, used the threat of “a total reassessment” of the US-Israel relationship in order to pressure Israel into a withdrawal from the Sinai.

After Israel destroyed Iraq’s Osirak nuclear reactor in 1981, an angry Vice President George H.W. Bush and Secretary of Defense Caspar Weinberger demanded an embargo on the transfer of F-16s to Israel. Bush’s animosity continued into his presidency when he and his Secretary of State James Baker used critical loan guarantees for Israel’s absorption of Soviet Jews as a cudgel to stop Israeli settlement activity. Baker became infamous for his proclamation, “Fk the Jews. They didn’t vote for us anyway.”

Most recently, during the 2014 Gaza war, the Obama administration was concerned by the ferocity of Israel’s campaign against Hamas and thus withheld delivery of Hellfire missiles used by the Israeli Air Force to take out rocket sites in Gaza. 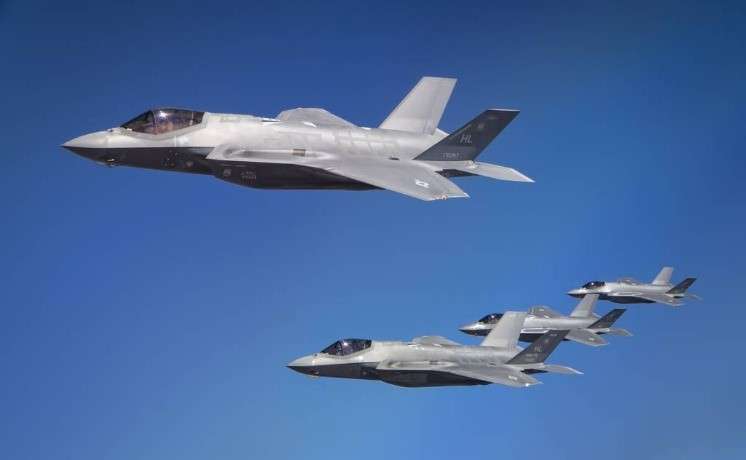 From “f**k the Jews” to intimacy

Sometime in the last decade, perhaps after the joint development of the Stuxnet cyber-weapon by the US and Israel in 2010, the relationship between the two countries switched from a “patron-client” to a “partnership” relationship. Intelligence sharing became more extensive and energetic; the development of new weaponry to be deployed on, under, and above the battlefield expanded; and joint exercises between air forces, navies and special forces went far beyond anything imagined before.

Israeli defense industries have invented and developed state-of-the-art cyber programs, anti-missile weapons, drones, pilotless armed UAVs, tank protection systems, avionics and so on. The US invested and assisted in—and sometimes co-produced—systems like the Arrow missile defense system and Iron Dome interceptors. While Israel could not afford or lacked the industrial base to build major platforms like fighter planes and ships, it developed add-ons and systems to improve them.

In effect, Israel became an overseas version of the Defense Advanced Research Projects Agency for the US Defense Department or even something like Lockheed Martin’s fabled Skunkworks. As a result, the US provides funding for partnership ventures, not economic or military “aid.” All funds provided by the US are spent in the US, which provides employment for many Americans. The “off-shore procurement” program that permitted Israel to spend American funds on weaponry from Israeli industries has been ended.

It made sense for both sides of the US-Israel relationship to find a new venue for their partnership. In 2020, Israel moved its liaison with the US military from the United States European Command (EUCOM) to US Central Command (CENTCOM). The naval liaison and resulting exercises moved from the Sixth Fleet in the Mediterranean to the Fifth Fleet based in Bahrain, where Israel has stationed a naval attaché.

Israel provided the US Department of Defense with real-time weapons-testing of US systems in very hostile skies, particularly the fifth-generation F-35 stealth fighter plane. There could be no better advertisement for potential F-35 customers. 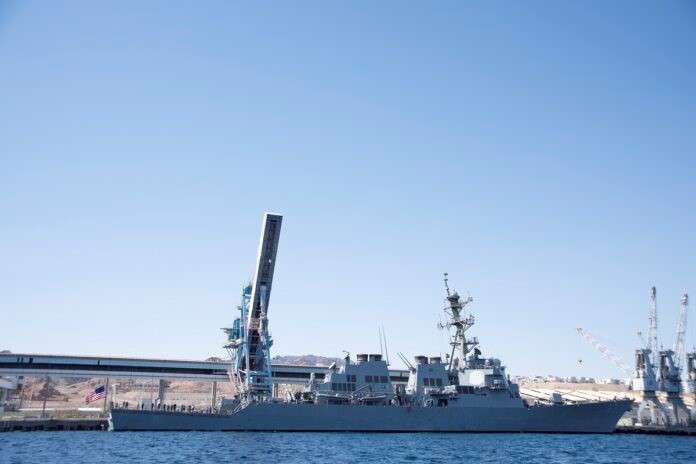 The guided-missile destroyer USS Cole sits pier-side in Eilat, Israel on March 27, 2022 at the start of Intrinsic Defender, a bilateral exercise between US and Israeli naval forces. Source: US Navy

Today, US military forces and American allies rely on Israeli weapons systems. The US Army has purchased and deployed two Iron Dome batteries, which were procured as an interim cruise missile defense system integrated with the Patriot and THAAL systems. In March 2022, Congress allocated a billion dollars intended to replenish Israel’s Iron Dome interceptors after the successful interception of hundreds of Hamas rockets fired at Israel in May 2021. The funds came on top of $3.8 billion in defense funding for Israel in line with a 10-year Memorandum of Understanding signed by former President Barack Obama in 2015. Today, Israel’s hard-kill Trophy active protection system shields US Abrams and German Leopard tanks from RPGs and anti-tank missiles.

Israel and the US also collaborate on anti-tunnel defense. According to the 2018 National Defense Authorization Act, 50% of US funding must be used for “research, development, test and evaluation activities in the US.” The US Marines have exercised with their Israeli counterparts on anti-tunnel defense. The “Steel Dome” anti-tunnel system was completed along Israel’s 40-mile border with Gaza in December 2021, and planners have suggested that a similar tunnel detection system could be built along the US southern border.

Israel and the US cooperate to provide Germany with the jointly-produced long-range, high-altitude Arrow 3 missile defense system. The “Iron Beam” mobile anti-missile laser defense system can serve to protect against rockets and drones at a fraction of the cost of Iron Dome interceptors. Israel hopes to have the system operational to meet Iranian and Hamas threats within a year.

Moreover, Israel will not sell any system that contains American-made parts without consultation with and approval from the US.

With considerable accuracy, foreign policy scholar Walter Russell Mead described the US-Israel relationship today as “one of the most intimate and effective partnerships in the world. … The integration of Israeli and American defense and tech industries contributes substantially to the security and the prosperity of both countries.”

Lenny Ben-David served for 25 years in senior posts in AIPAC in Washington and Jerusalem. In 1997, he was appointed as Israel’s deputy chief of mission in the embassy in Washington, D.C., where he served until 2000 under three ambassadors and two prime ministers. He is the author of the book “American Interests in the Holy Land Revealed in Early Photographs” and editor of “The Gaza War 2021: Hamas and Iran Attack Israel.”