In Israel not enough rain falls to meet the needs of the growing population. The gap is especially drastic in drought years. Our Middle East neighborhood is dry in contrast, for example, to the Eastern United States, Central Europe and the wetter parts of Asia and Africa.

As a young water engineer working in Israel I remember being proud in 2001 when a visionary, huge desalinization plant for Ashkelon, Israel was bid internationally at the best price ever (below $1 per thousand liters; one thousand liters = 1 m3). Four years later it was in operation, winning international technology prizes.

Additional large “desal” plants have been built here since then, and today an inconceivable 80 percent of Israel’s municipal and industrial water needs are met by desalinated water. Israel’s desalination plants work by the technology called reverse osmosis.

Israel is one of a handful of nations that are overcoming the dictates of drought and desert to be able to supply themselves drinking water even when fickle rains do not bring “free refills.” That group of nations includes Saudi Arabia and Israel’s new friend the United Arab Emirates. In fact, these three nations account for 6 of the world’s largest “desal” plants (ranging from 591,000m3 per day to 1,036,000 m3 per day). For an indication of expense, the Sorek desal plant in Israel cost $400 million to build. Israeli water tech company IDE has parlayed its experience in Israel into becoming a central international player, and bringing desalination to the thirsty state of California. 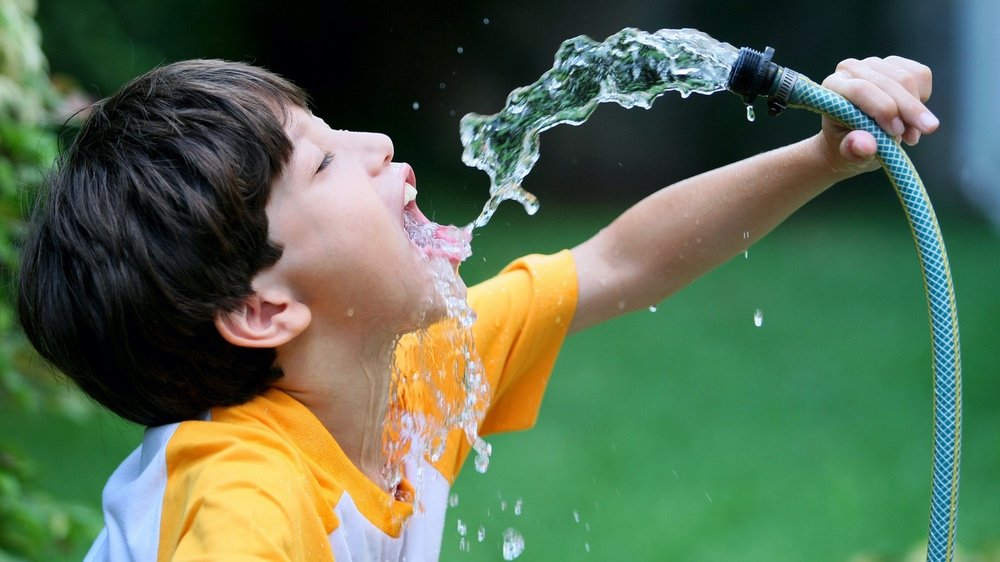 Israel is an arid land, but today has overcome drought and has water to spare.

One of the earliest and largest engineering projects of the young State of Israel was the “national water carrier” – constructing a system to pump and convey excess rainwater from the Sea of Galilee to the center of Israel. In fact Israel Today wrote about it. That project was a game-changer in allowing Israel to thrive agriculturally. But after decades of population growth and increased water consumption, it was no longer enough. The government identified the danger and took drastic and expensive steps to get water from the Sea. The water desalinization revolution of the last 20 years has been just as significant as the earlier national water carrier project. 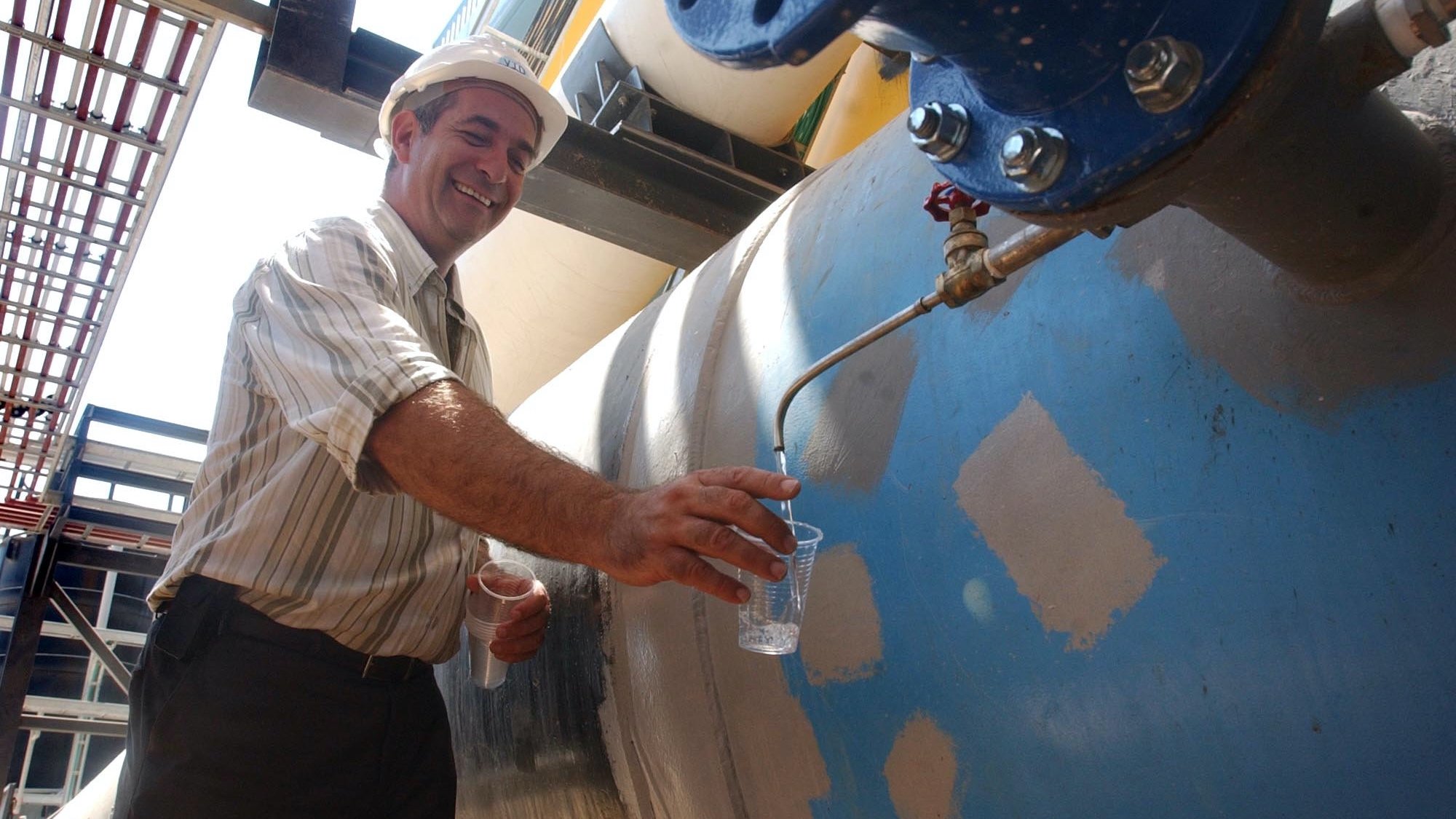 Testing the water produced at the desalination plant in Ashkelon.

Some facts and figures translated from the Israeli government’s water summary:

“Desalination water production capacity in Israel is about 660 million cubic meters per year, of which 585 million m3 are from five seawater desalination plants – Ashkelon, Palmachim, Hadera Sorek and Ashdod… The facilities were established for the purpose of increasing the water supply in the State of Israel and meeting the government’s goals for desalination. The integration of desalinated water in the national system has many advantages, such as: creating an additional stable water source, improving the quality of fresh water and [recycled] effluent water for agriculture, reducing soil and groundwater salinity…

What percentage of all water in Israel comes from desalination? 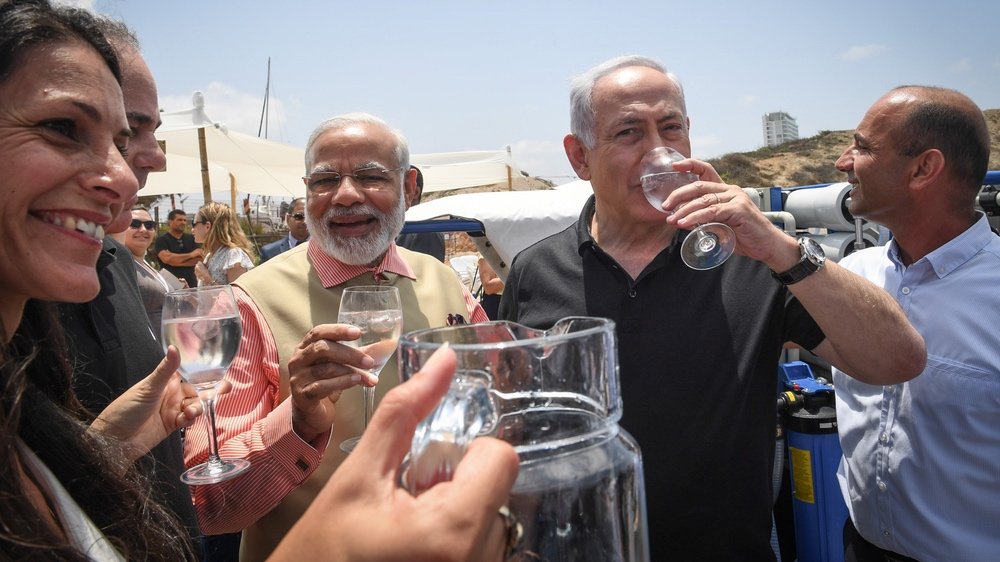 One might ask if it is natural to not be dependent on rain anymore. Does this mean by extension that mankind is no longer as dependent upon God? Or does it just mean that God-given human ingenuity is helping to minimize exposure to the ups and downs of climate change? Please comment below to add your voice to the discussion.

We might note that the Hebrew scriptures recorded life-threatening periods of drought in this very land during the times of Isaac, Jacob and Elijah. On an even more curious note, Ezekiel prophesied that the salinity of the Dead Sea will greatly decrease at some point.

The initial publishing of this article is just before the *ceremonial pouring of the water on the last and greatest day of the Feast of Tabernacles, when it was customary to pour out offerings of water in the Temple, in faith and prayer at the beginning of the rainy season. (See John 7:37)

*Simchat Beit HaShoeivah (Rejoicing at the Place of the Water-Drawing)