Not a field trip for the faint of heart

I still can’t believe it. My kids’ Kadoorie Elementary School persuaded me and dozens of parents to do a pre-dawn hike up this mountain to kick off the school year.

So we woke our kids up at an “ungodly” hour, drove to the base of the mountain in the darkness and started walking up the switchback road to the top, with flashlights. About half way up we began to perceive pine trees rising in the faint glow of the pre-dawn mist. By the time we got to the top it didn’t even matter that clouds blocked us from seeing the actual sunrise. The satisfaction of the joint effort of all the families was its own reward. As we sipped hot apple cider contentedly, white doves were released from a cage to signify the beginning of a new school year.

Try your hand at answering the riddle

So what is Israel’s “best” mountain?

Is it famed Mt. Zion – the central hill on which Jerusalem is built?

Is it Mt. Carmel – the long ridge culminating in Haifa, overlooking the Mediterranean Sea on one side and the Galilee on the other?

Is it Mt. Hermon at the northern tip of the Golan Heights floating like a bride in a white dress above the Hula Valley during the winter weeks when it is clothed in snow?

For full and fair disclosure I must share my criteria: What is the mountain in Israel which has the beautiful symmetric appearance of an ideal mountain?

Well, for me the “best” and most beautiful Israeli mountain happens to be the one in my neighborhood in the Lower Galilee – Mt. Tabor. 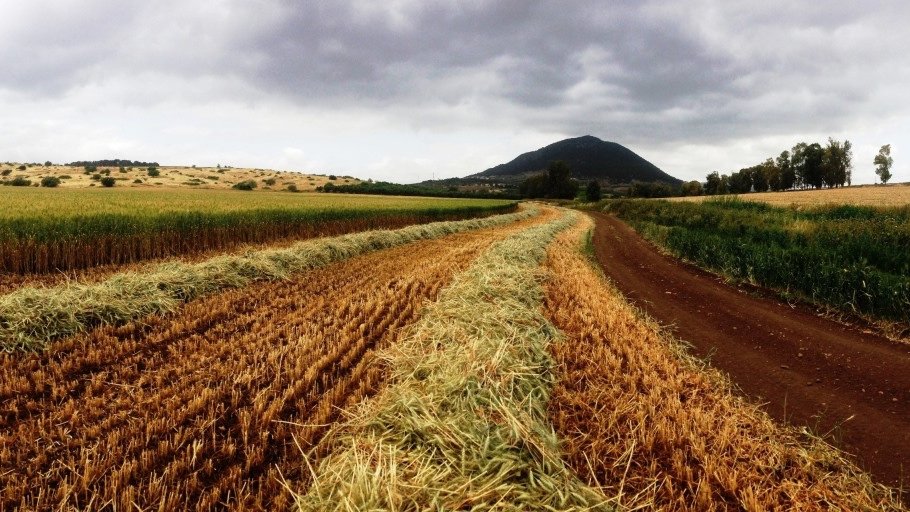 Seems like I’m not the only one enamored by its “mountain-ness.” Several writers in the Hebrew scriptures reference its majestic accessibility:

”The north and the south, You have created them: Tabor and Hermon rejoice in Your name.” (Psalm 89:12)

”As I live, says the King, whose name is Jehovah of hosts, surely like Tabor among the mountains, and like Carmel by the sea, so shall he come.” (Jeremiah 46:18)

Mt. Tabor was the site of a stirring Israelite defeat of its enemies led by a woman hero! The prophetess Deborah.

“Then Deborah said to Barak, ‘Up! For this is the day in which the LORD has delivered Sisera into your hand. Has not the LORD gone out before you?’ So Barak went down from Mt. Tabor with ten thousand men following him. And the LORD routed Sisera and all his chariots and all his army…” (Judges 4:14-15) 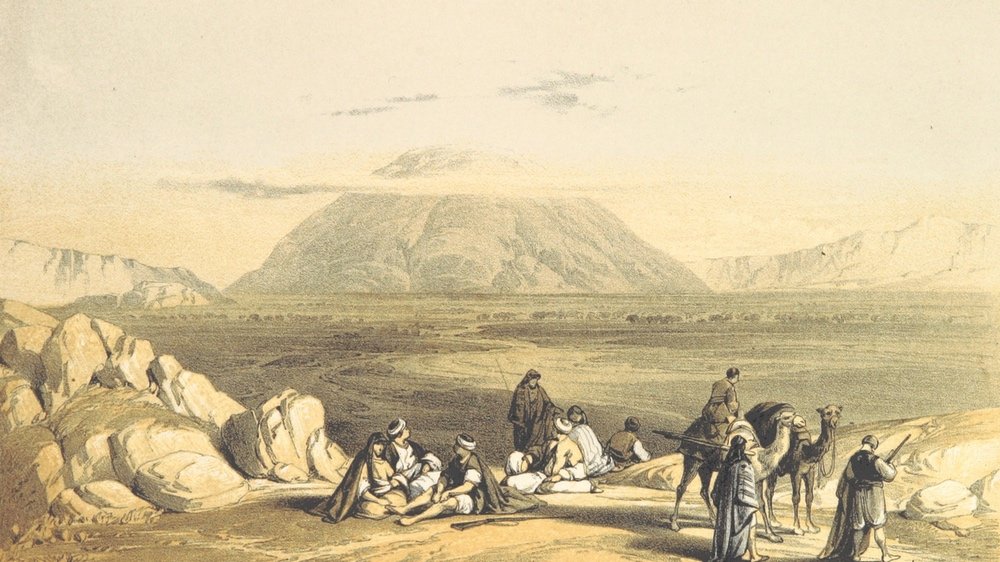 The next great biblical event associated with Mt. Tabor is the transfiguration of Yeshua (although the New Testament does not specify upon which mountain this occurred).

…”He took Peter, John and James and went up on the mountain to pray. As He prayed, the appearance of His face was altered, and His robe became white and glistening. And behold, two men talked with Him, who were Moses and Elijah, who appeared in glory and spoke of His departure which He was about to accomplish at Jerusalem…” (Luke 9:28-31)

One of the most important trade routes in the ancient world passed right at the foot of Mt. Tabor and extending through Israel, connecting Egypt with Ashur at the far ends of the Fertile Crescent: This road was called the Way of the Sea (Derech HaYam or Via Maris), which also locates the prophesied Messiah’s whereabouts in Isaiah 9:1. 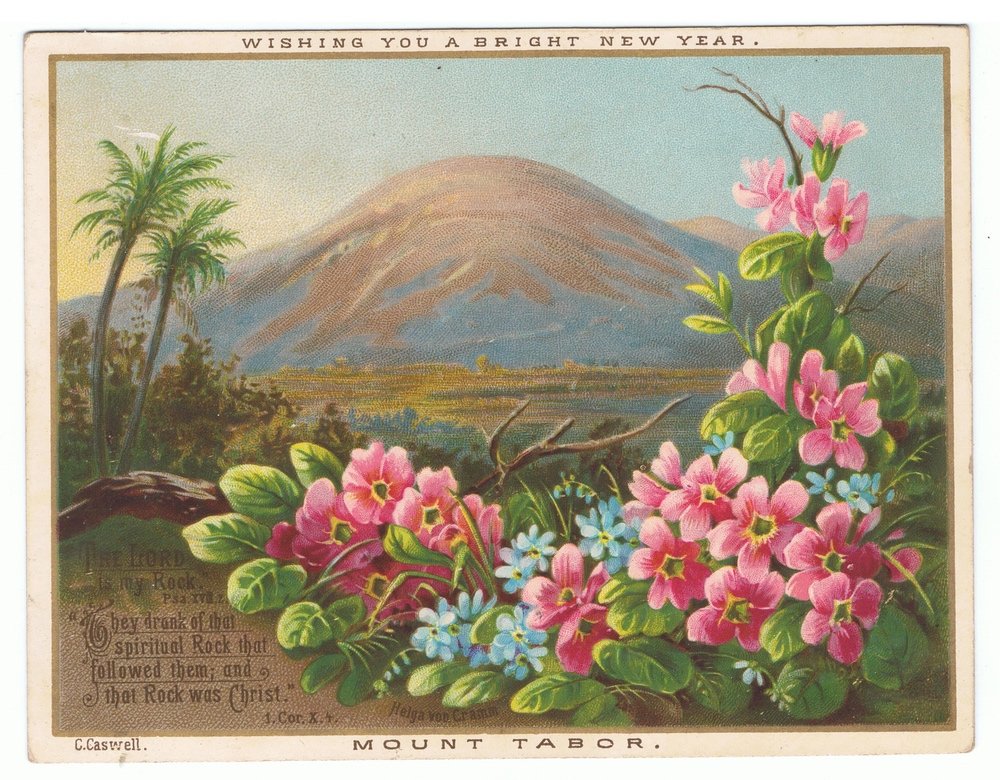 Mt. Tabor is an easy hike’s distance southeast of Nazareth. The Israel National Hiking Trail (Shvil Yisrael) goes right up and over it. This section of the ancient Way of the Sea is now the scenic but unimposing single-lane highway called Route 65 with its occasional pothole in the asphalt. Around the base of the mountain nestle several Arab-Israeli villages.

Today part of Mt. Tabor’s peak is enclosed by the Church of Transfiguration, a vast and impressive stone structure with huge wooden beams. You can drive up a narrow winding road to visit the peak and the church for free (or walk up). Standing next to the church, on a clear day you can see amazing views in all directions – Jordan in the east, Gilboa in the south, Jezreel Valley to the west. The mountain rises from the valley so suddenly that its western slope provides one of the best spots in all Israel for hang gliding into the summertime afternoon wind. 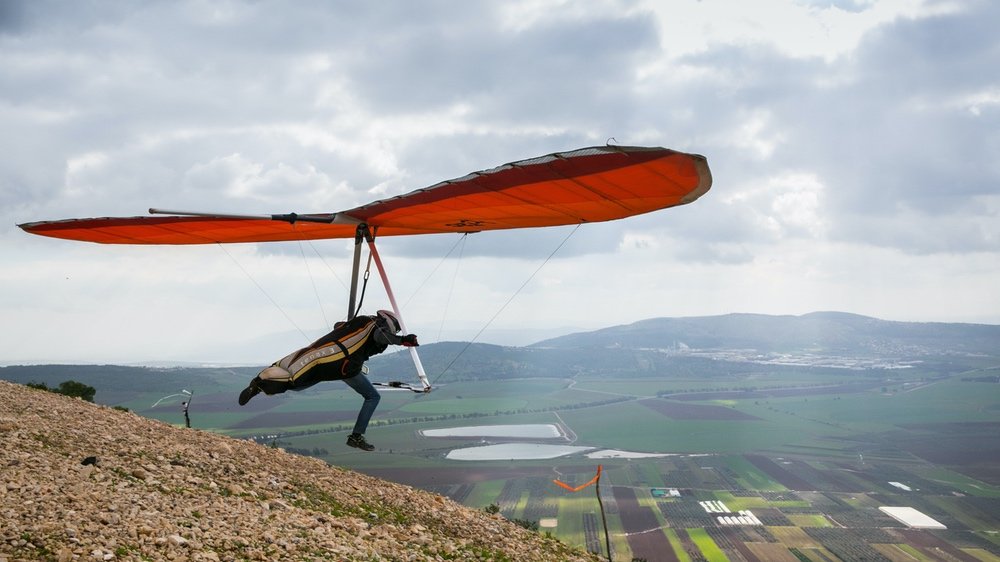 Thanks for joining us on this brief tour in the Galilee.