When we moved from Jerusalem to Modi’in in the summer of 2012, there was one thing I hadn’t considered. Modi’in is around 500 meters (~1,600 feet) lower than Jerusalem, or just 200-300 meters (~650-990 feet) above sea level. That’s enough for the city and its picturesque surroundings to be hilly, as I was used to in the mountains of Jerusalem. But after being here a while I realized that with our move there was one thing that we loved but had given up: Snow!

Jerusalemites today woke up to a snow-covered city, and I am once again reminded of our fateful decision to move. 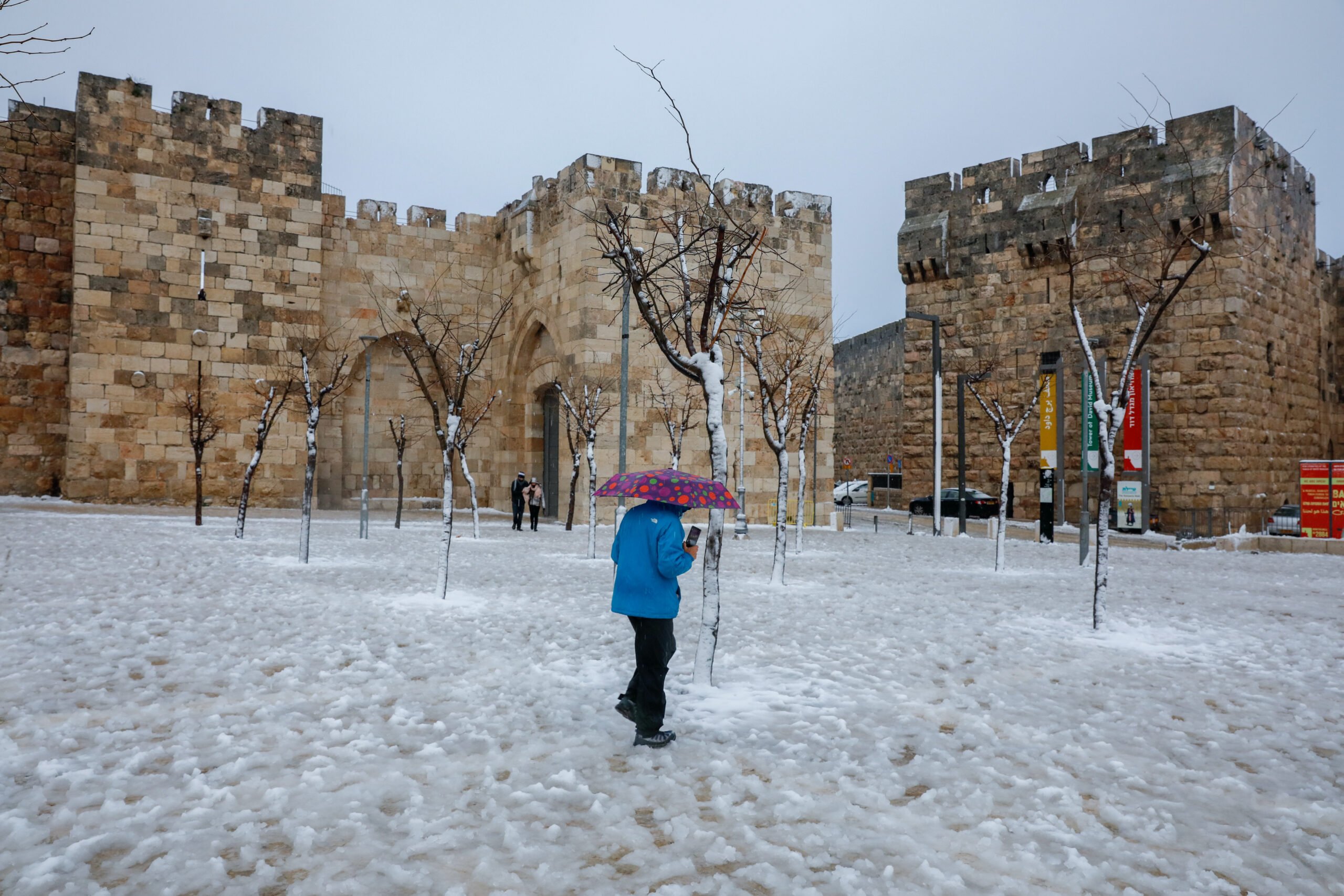 The plaza in front of Jaffa Gate covered in white, this morning.

I still remember well from our years in Jerusalem the moments when it began to snow in the evening and we got up very early the next day so as not to miss the white splendor. Typically, snow in Jerusalem disappears quickly, unlike what we might be used to in Europe or the US. It’s just not cold enough here.

This morning I received a picture from our son at his base not far from Jerusalem. More than four inches of snow had fallen there, enough to throw a snowball or two. I am happy that at least he got to have another snow experience.

Of course, I’m exaggerating my disappointment a little. Sure, I’d have loved the opportunity to walking the snow again, but I definitely don’t regret moving to Modi’in. I’d do it again.

Late Wednesday night and early Thursday morning, the snow lured the Jerusalemites out of their homes. A classic meeting point is Sacher Park, just below the Knesset, where the traditional snowman competition takes place on snowy days. But this time there won’t even be a full day of snow. The high point for Jerusalem came overnight, and already this morning the snow is melting.

Still, it was nice to have a momentary respite from the worries of Corona. Especially in the media. Since yesterday, every major news program opened with reports not of the virus, but of snow. Finally, something to smile about. It’s amazing how something so simple and natural can make us so happy, and help us forget for a moment more pressing concerns. 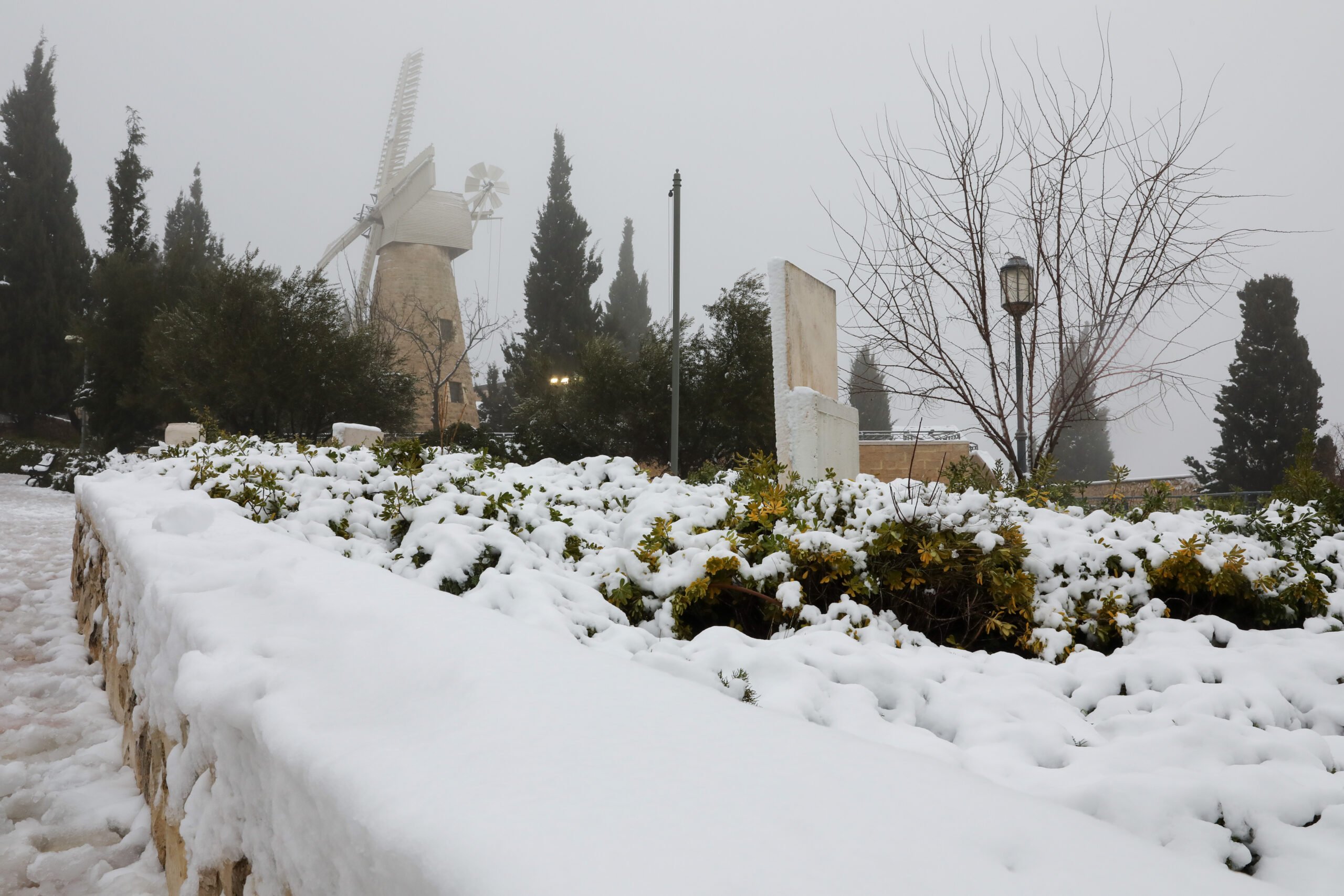 The snow in Jerusalem is already being replaced by rain, the white splendor that we love so much is melting and we will soon return to our everyday worries. But we are thankful for this pleasant, if brief, break, during which we could recharge a bit.