For the fourth time in two years Israelis went to the polls on Tuesday. Israel Today was here to provide updates of all the most important happenings. Read on to see how the day unfolded.

The first exit polls are being published now by Israel’s mainstream television networks, and while there are a few minor surprises, the overall result is what most people expected.

While the networks highlight that the “No-Bibi” bloc (those parties dedicated to ousting the prime minister) is bigger than the “Yes-Bibi” bloc, it should be noted that not all the parties in the anti-Netanyahu bloc will sit with one another, meaning they have no realistic chance of forming a government.

Meanwhile, Benjamin Netanyahu’s Likud looks to have won 31, and as many as 33, mandates, and together with its dedicated allies (Shas – 9, United Torah Judaism – 7, Religious Zionism – 7) has a solid 54 seats. If Bibi can convince Yamina Party chief Naftali Bennett to join his coalition, perhaps by offering the Ministry of Defense, then he’ll add an additional 7-8 seats and have his majority. 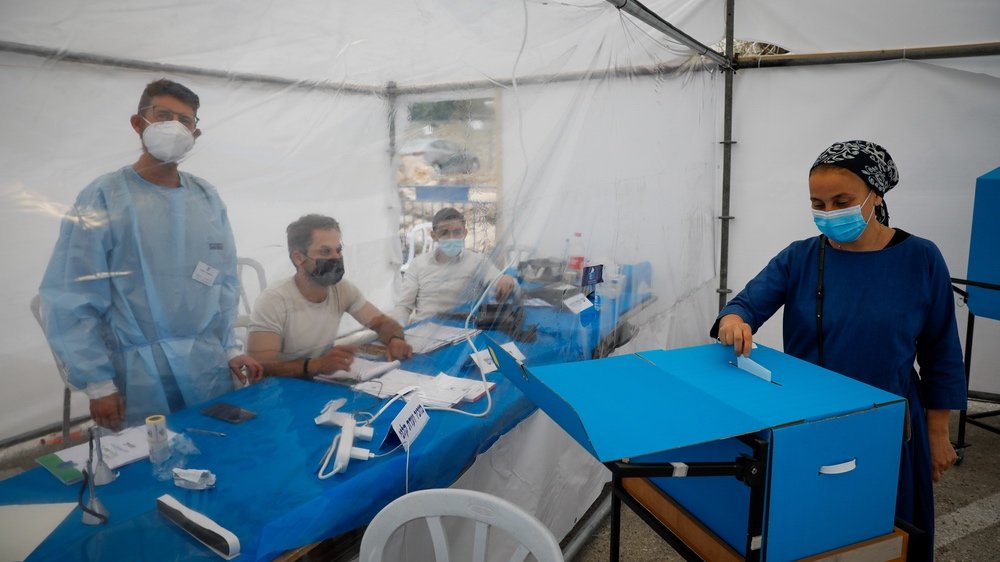 It seems voter fatigue has finally caught up with Israelis after four elections in two years. Just over 60 percent of eligible voters had cast a ballot for the 24th Knesset by 8 pm. And with less than half an hour before the polls close, that number wasn’t increasing by very much.

Voter turnout among the Arab population was an abysmal 37 percent. But it was also down among Likud voters, despite Netanyahu’s frantic efforts to stir interest. Just 1,350 of the 22,000 Israelis in quarantine took advantage of special shuttles to cast a ballot, and only 1,550 of the 6,500 Israelis infected with COVID-19 bothered to vote.

Despite all this, Israel’s major television networks are promising “dramatic” results according to their early exit polls, which will be published at 10 pm Israel time. It should be noted that the Israeli networks have a tendency to exaggerate such results, as well as to get them very, very wrong.

Israeli security forces confirmed that a rocket fired from Hamas-ruled Gaza landed near or in Beersheva while Prime Minister Benjamin Netanyahu was there trying to gain some last minute votes. It is not clear where the rocket landed, but there were no injuries or damage reported. 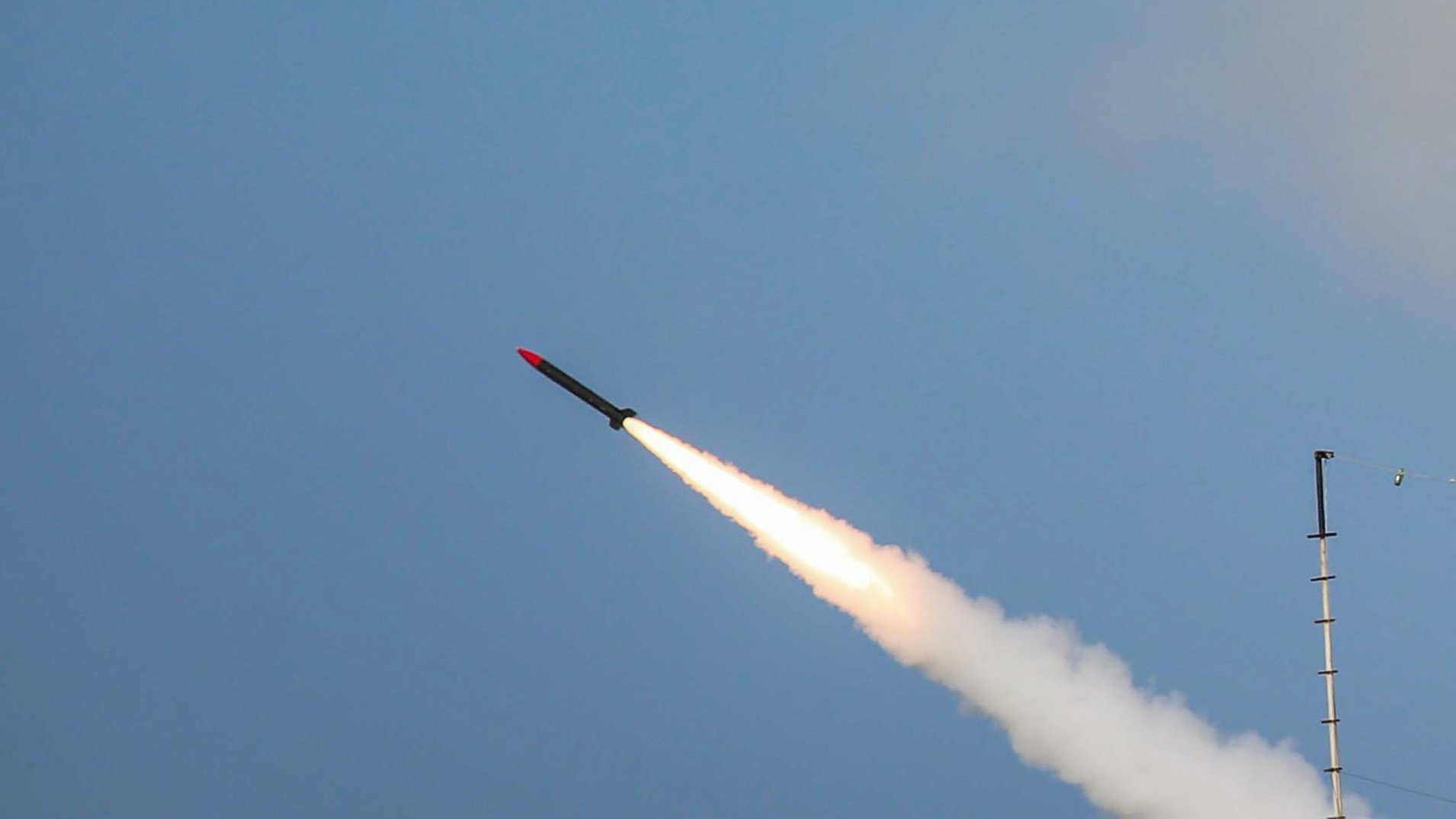 Hamas sought to humiliate Bibi on his big day.

Israel Today has done its civic duty! Aviel and Anat Schneider cast their ballots just a couple hours before the polls close. Now we await the first results and hope that a stable government can be formed and prevent a fifth election later this year. 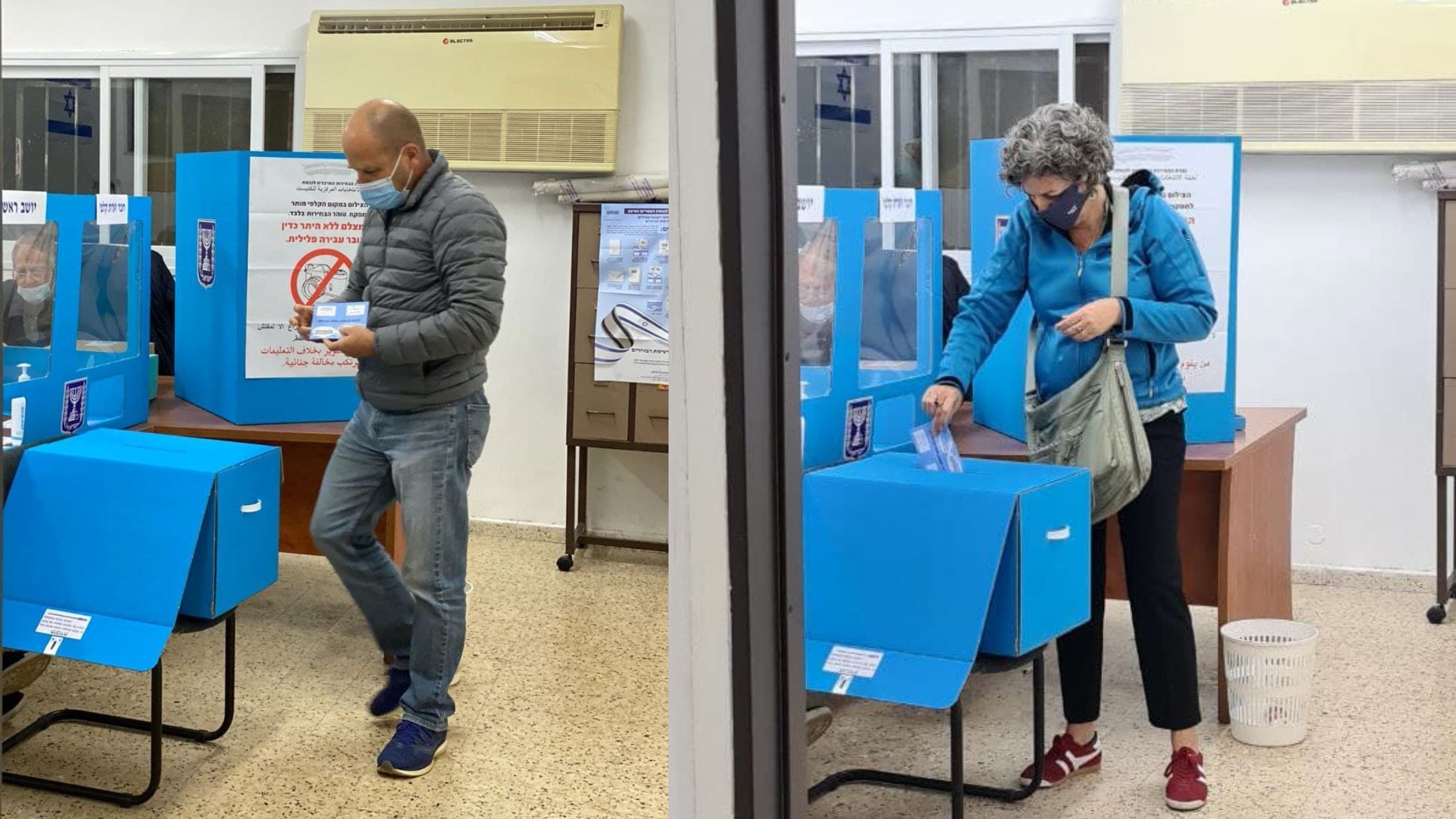 7:00 pm – Netanyahu: Message all your friends and get to the polls, quick!

With just three hours remaining before the polls close, Prime Minister Benjamin Netanyahu sent our a personal video clip warning that not enough Likud voters had cast their ballots, and that the party was in danger of losing power in the Knesset.

“SMS all your buddies. We’ve got to get all the Likud people to vote,” urged Bibi.

Indeed, by 6 pm voter turnout was just over 51 percent, the lowest it’s been in years. See below for some explanations as to why that might be.

The panic tactic has worked for Netanyahu in the past, so much so that other party leaders are mimicking it this election, most notably opposition leader Yair Lapid. The smaller parties are not happy about this, because if voters from the big parties do turn out in droves, the smaller factions might fail to pass the electoral threshold. 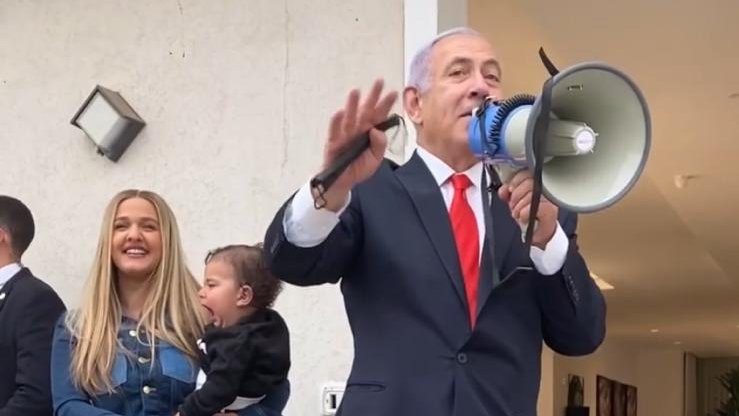 At this time, just 42.3 percent of eligible Israeli voters have bothered to cast a ballot for the 24th Knesset. The polls will close at 10 pm.

Turnout has been especially low among Israeli Arabs, with voting stations in some villages reported to be entirely empty, and among Israelis infected with COVID-19, with just 1,000 of them registering to take special shuttles to protected voting stations.

This is the point in the election when the major parties turn to scare tactics, urging their constituents to rush out to the polls to prevent the “other guy” from winning.

By 2 pm voter turnout in the election for the 24th Knesset stood at just 34.6 percent, the lowest it’s been at that time of day since 2009.

The past three elections (all conducted in the past 2 years) saw relatively high voter turnout. But there was fear that this one would see a sharp drop. Most of the country is now vaccinated against COVID-19 and able to venture out after a year of lockdowns. Naturally, a lot of folks are going to take the opportunity provided by this vacation day to do anything but vote again.

Our Editor-in-Chief Aviel Schneider found some of those Israelis out doing their favorite vacation day activity – barbecuing in the national parks. Hopefully they’ll also take a moment to go cast a vote.

Judith Jeries, Managing Editor of our German magazine, Israel Heute, casts her ballot in the Arab village where she lives with her family in northern Israel. Religious Jews as well as Druze, Christians and Muslims were there as election observers to make sure everything went according to the rules. Even before the polls are closed, we are hearing accusations of voter fraud, though there has been no evidence of such. 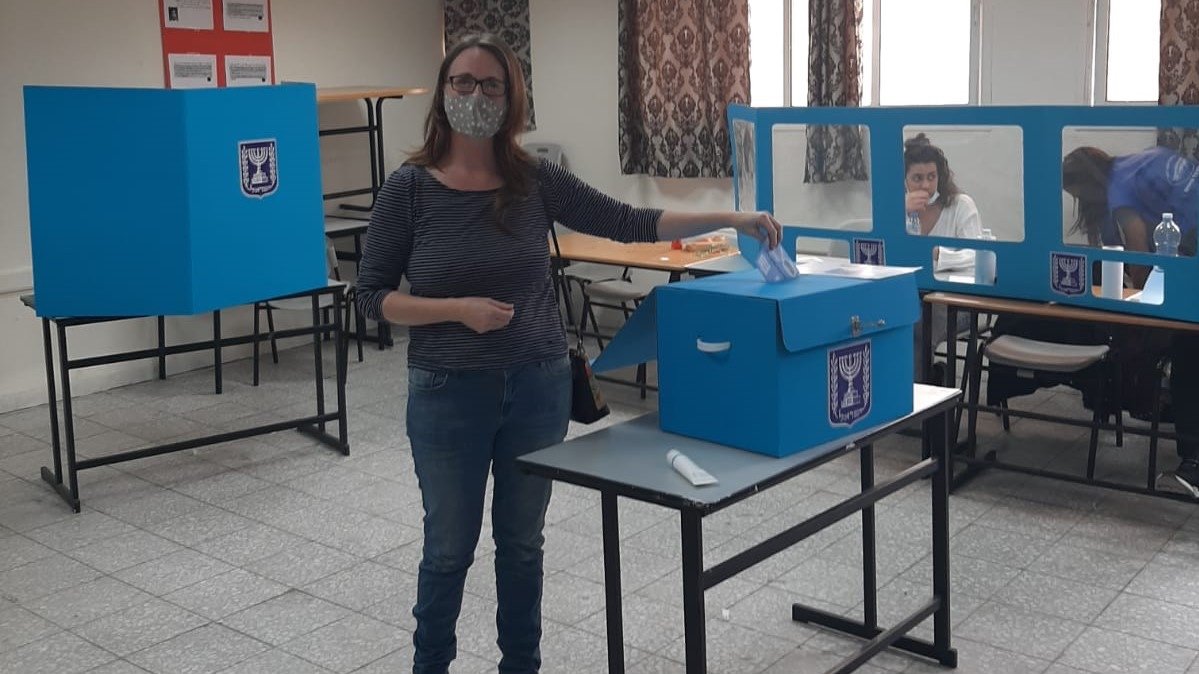 Judith votes at her local polling station in northern Israel.

The Knesset Guard and Israel Police have reportedly prepared to repel a potential storming of the Israeli parliament by disgruntled voters. They fear a repeat of what happened at the US Capitol in January.

Because of the higher-than-usual number of absentee and special ballots this year, the final vote count isn’t expected until the end of the week, leaving far too much time for dangerous speculation and inflammatory rhetoric by politicians. 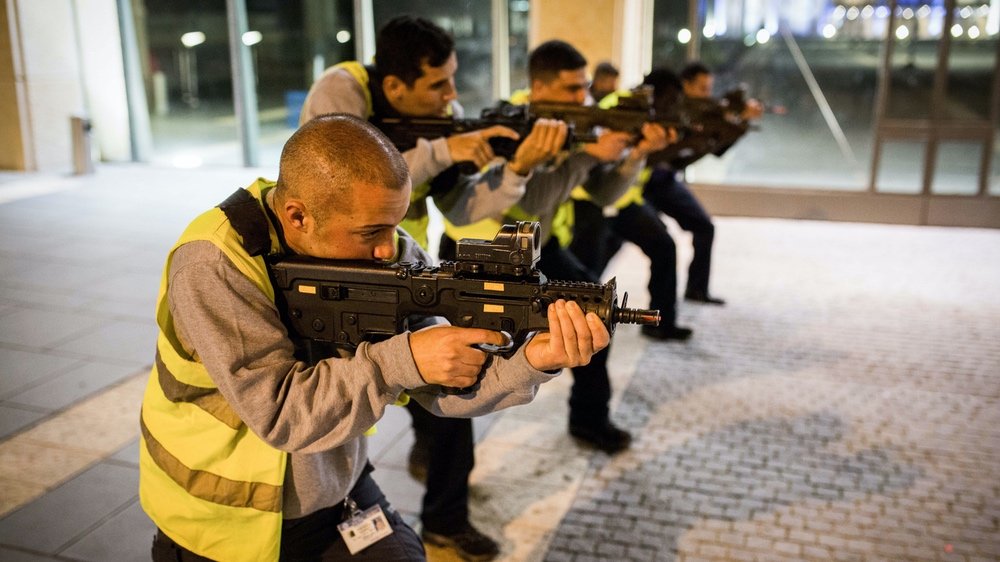 With much of the right-wing turning against him, Netanyahu campaigned hard for additional votes from Israel’s Arab citizens. And despite him being regularly labeled by the Left as a “racist,” the effort seems to be paying dividends.The young Arab man who cleans the house of our Editor-in-Chief Aviel Schneider came in several hours late for work today because he, his eight siblings and his mother first needed to vote. And who did they choose? Bibi! In the previous election, they had voted for the Joint Arab List. But this young Arab has become disillusioned with Arab MKs who only spout slogans, while Netanyahu actually gets things done.

Israel has set up hundreds of drive-in voting stations for citizens still in quarantine or who have been infected with COVID-19. 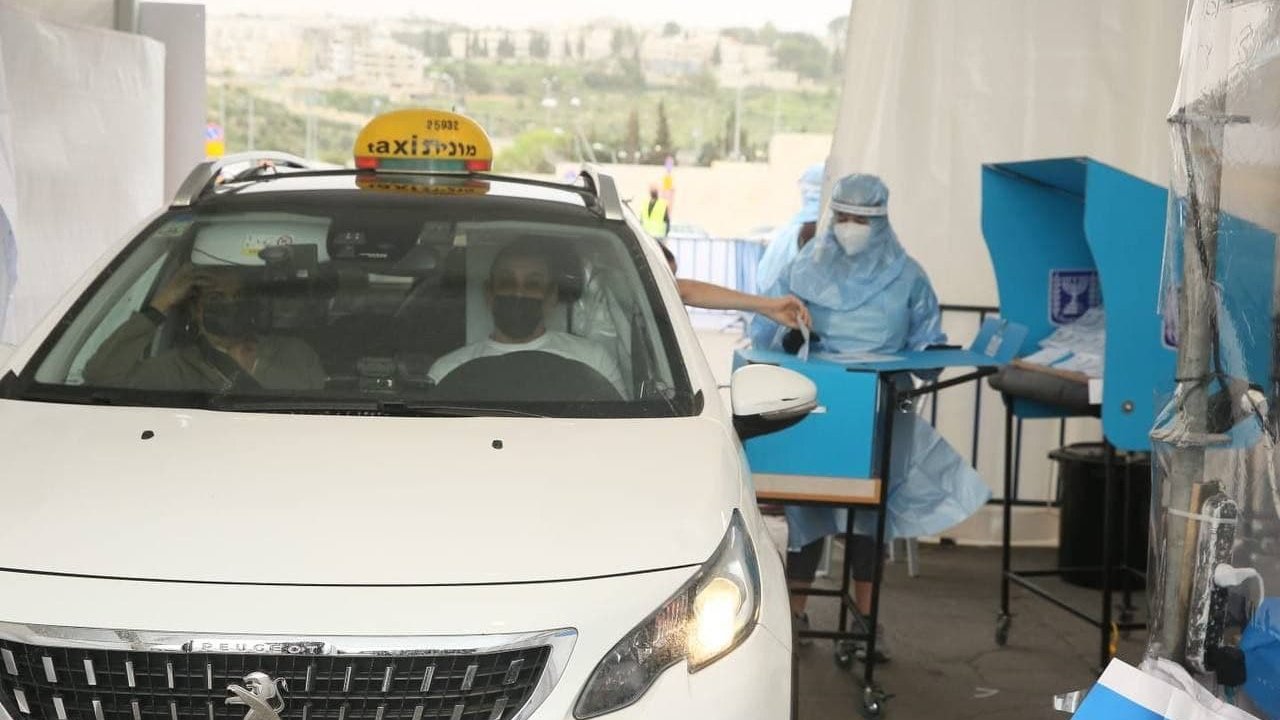 12:05 pm – Bennett: Help us establish a government that cares

After casting his vote, Naftali Bennett echoed his Yamina Party co-leader Ayelet Shaked (see below) in urging Israelis to vote for alternative right-wing parties and help them establish a government “that actually cares for the people.” See Bennett’s plea in English below.

11:45 am – Bibi and Sara Netanyahu cast their votes

Netanyahu’s Likud Party is projected to win 30-32 seats, making it far and away the largest faction in the 24th Knesset. But that doesn’t mean it’ll be easy for him to form a government. See earlier updates to understand why.By 10 am, voter turnout stood at 14.8 percent, a slight increase over the previous election. 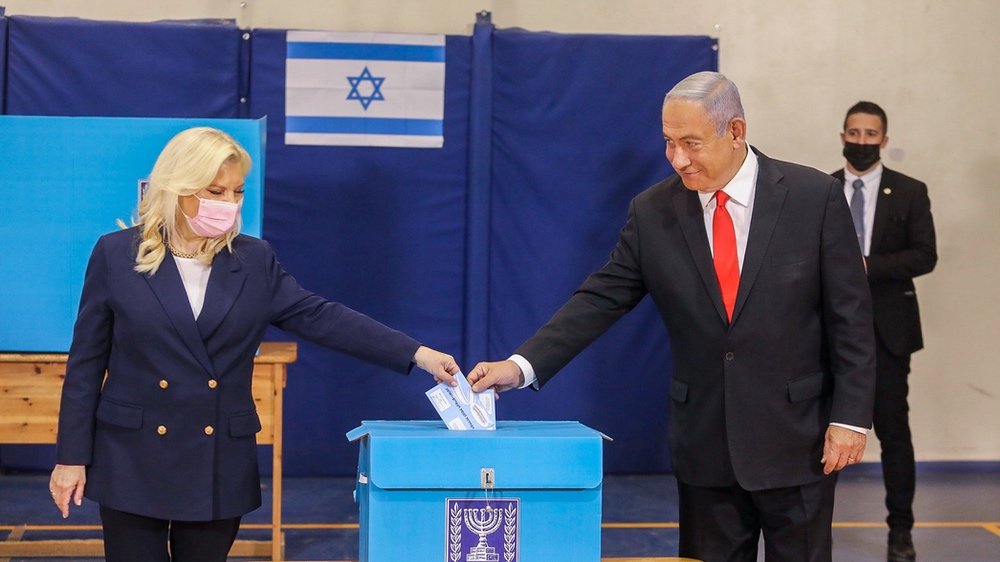 11:10 am – President Rivlin votes, and expresses his deep concern for Israel

President Reuven Rivlin cast his ballot this morning, stressing that free and open election is the holy cornerstone of Israeli democracy. However, the fact that Israel has had such frequent elections that lead to no real changes, but rather only seem to deepen political rifts has left Rivlin feeling “worried. Very worried.”

But the make-up of the next Knesset according to the latest polls, and the party alignments according to the statements of the various faction leaders, mean it will be all but impossible for Lapid to form an alternative coalition and become prime minister, no matter how many seats his Yesh Atid party wins. 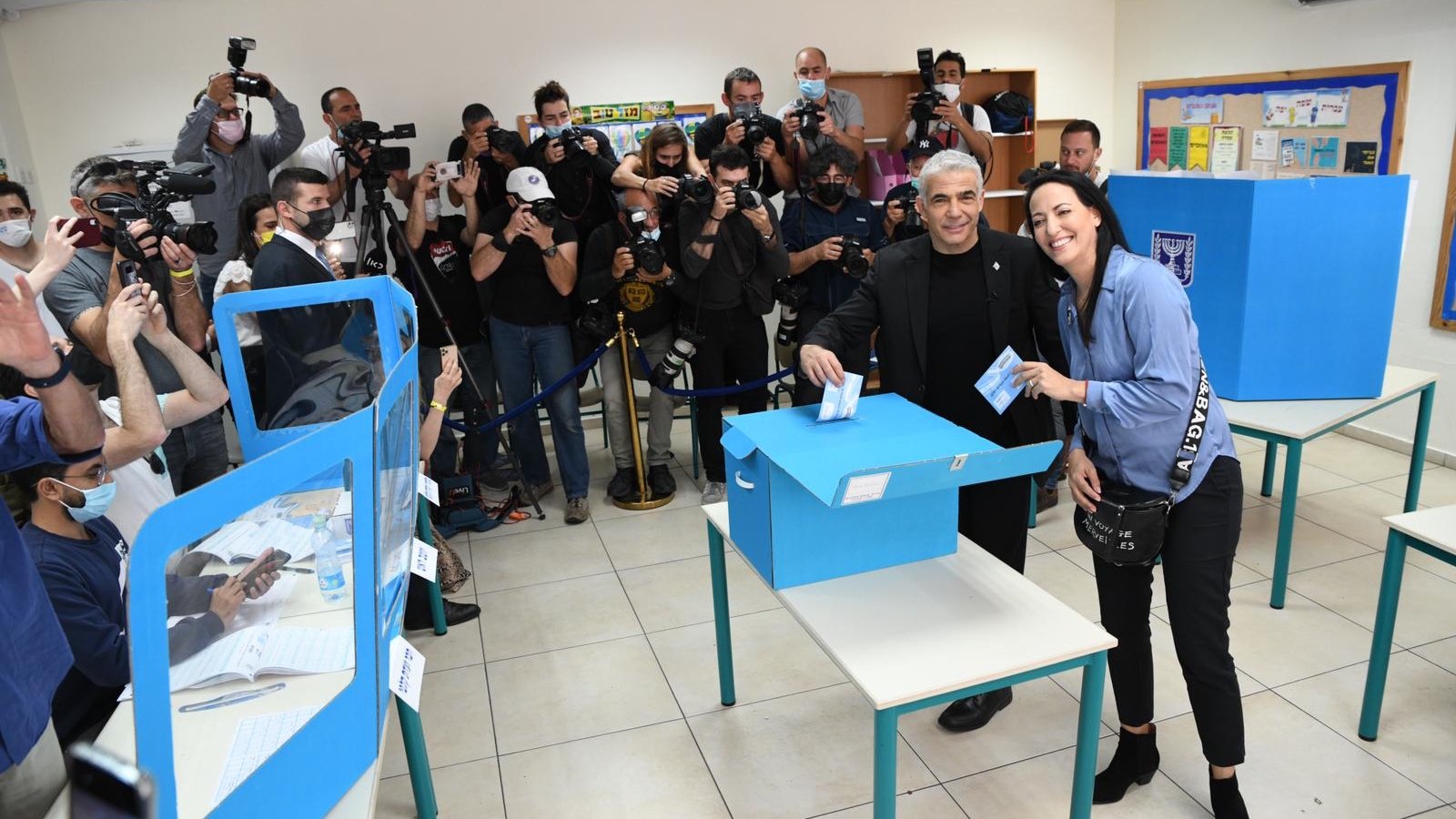 Lapid and his wife vote, and the media is there to catch every second of it.

9:30 am – Netanyahu’s right-wing challengers look to end his dominance of Israeli politics

Like the last three elections, this one is also little more than a referendum on Netanyahu as prime minister. While casting her ballot this morning, Yamina Party co-leader Ayelet Shaked called on Israelis to vote for the smaller right-wing parties challenging Netanyahu’s Likud so that “we can establish a decent right-wing government that actually cares about the citizens.” 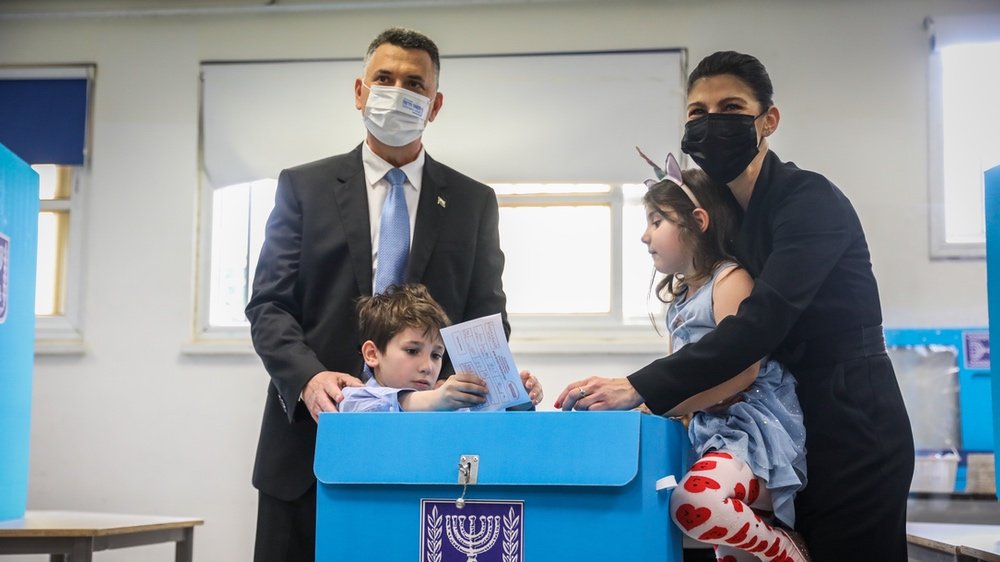 In the final hours before the polls opened, Israeli politicians were frantically trying to increase the potential vote count for their respective parties. While Prime Minister Benjamin Netanyahu was at the Western Wall seeking Divine assistance, his defense minister and political rival Benny Gantz was out at a Tel Aviv bar drinking with supporters. 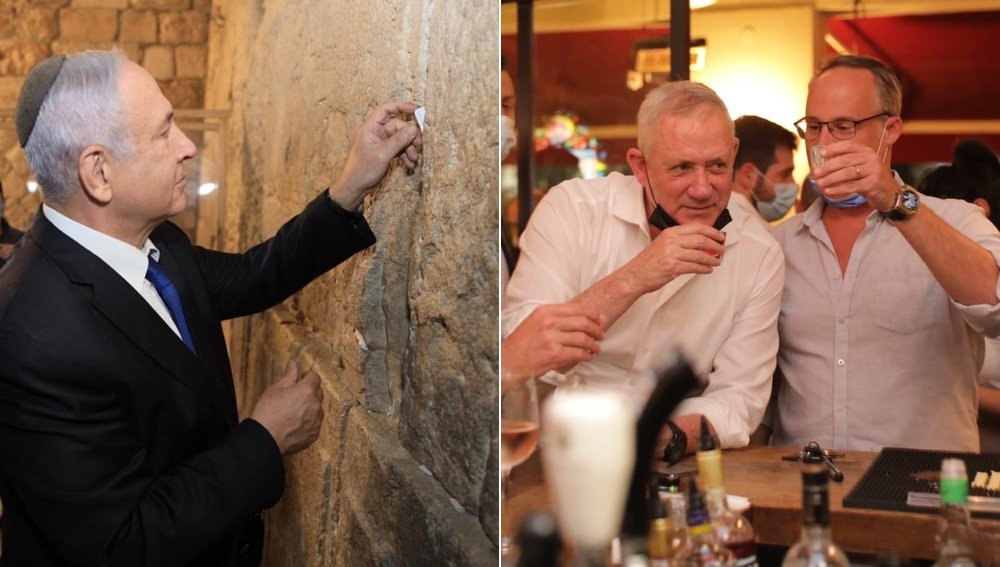 Of course, Netanyahu also did his fair share of canvassing, and even visited apartment buildings, going door-to-door to plead with Israelis to vote for his Likud Party, which polls show will easily be the largest faction in the next Knesset.

Gantz’s “Blue and White,” meanwhile, might not pass the electoral threshold. And that after nearly beating out Likud in the last two elections. That kind of plummet in the polls would make anyone need a drink.

7:45 am – Vote counting to take longer this time

Election officials have noted that due to the higher than usual number of people who will be voting “remotely” amid ongoing coronavirus regulations (infected persons and nursing home residents), the final vote tally will only be available at the end of the week. 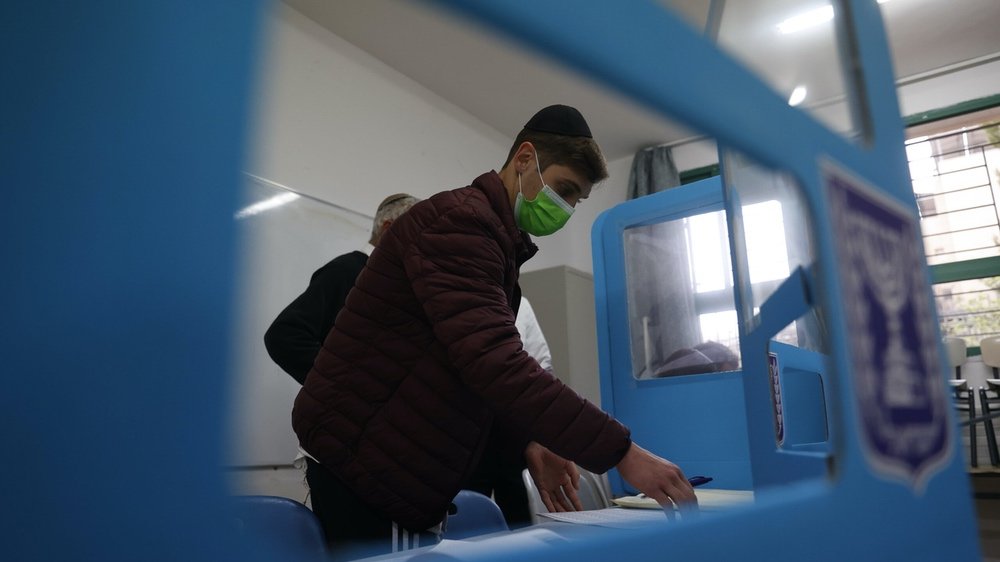 Polling stations across the country opened at 7am sharp.

Some 6.5 million Israelis are eligible to vote today, and can do so at one of 16,685 polling stations across the country. In addition to 12,127 “normal” polling stations, there are 547 located in nursing homes, 61 in prisons, 103 in hospitals, including 38 in the corona departments, and 4 polling stations are in “corona hotels.” There are also 409 polling stations for citizens who are currently in quarantine and 342 for those infected with COVID-19. Then there are 50 so-called “election buses,” mobile polling stations that will travel around the country throughout the day as needed.