After a stormy and tireless night of political madness last Thursday, the final deals were made and Israel’s party lists were submitted and finalized. As we head toward Israel’s fourth round of elections in just two years, a total of 39 parties have registered with the Central Elections Committee. This may sound like the perfect recipe for a headache trying to decide who to vote for with such an outrageously long list of choices. However, the vast majority will not even come close to stepping foot in the halls of the Knesset.

So, what does the political map look like today?

Starting from the left end of the political spectrum, the Joint Arab List decided to part ways with one of its partnering factions: Ra’am. Headed by Mansour Abbas, Ra’am is the political wing of the Southern Branch of the Islamic Movement in Israel. In an interview at the Knesset on Thursday, Abbas emphasized that he’s “not in the pocket of anyone…we don’t belong to the left and we don’t belong to the right.”

Although there is always some level of friction present between the ideologically differing factions of the Joint Arab List, the final nail in the coffin of their union can be attributed to the political savviness of Prime Minister Benjamin Netanyahu. In recent months, Netanyahu has pushed for tighter cooperation with Abbas on pressing issues in Israel’s Arab community. The intensification of cooperation with the right-wing prime minister alienated Abbas from the other factions in the Joint List, ultimately leading to the severing of political ties between them. 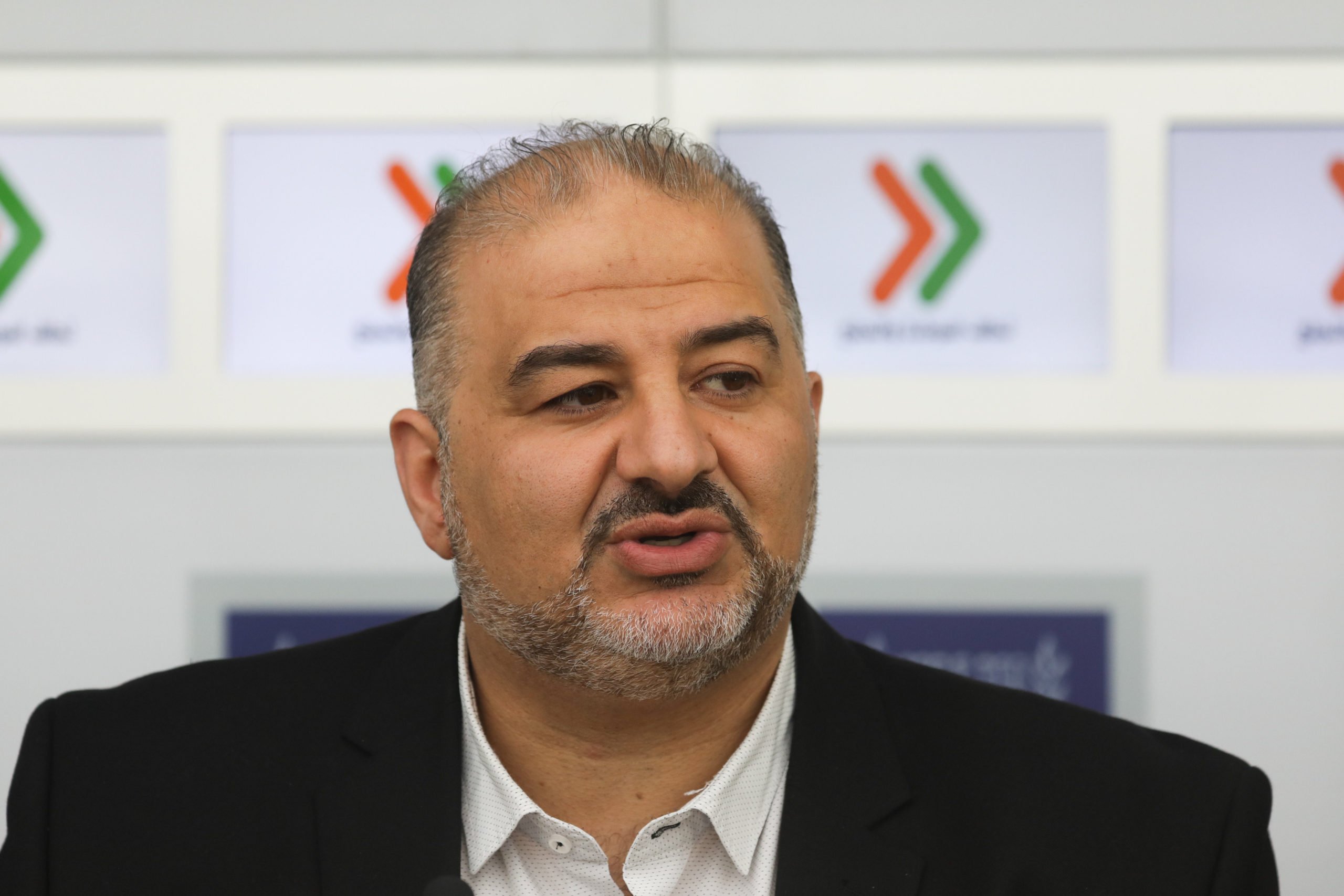 Mansour Abbas decided he’ll work with anyone, even Netanyahu for the good of his constants, and was accordingly booted from the Joint Arab List.

This is without a doubt a major win for Netanyahu. During the latest election, Zionist parties from the center-left bloc increasingly expressed willingness to form a coalition with the Joint List for the purpose of unseating the incumbent prime minister. The split weakens the Joint List’s political clout and even sets up Ra’am to not pass the electoral threshold and therefore find itself left out of the next Knesset.

Meretz, Israel’s most solidly left-wing party, is primarily keeping its same list with no major changes. The party’s chairman, Nitzan Horowitz, was pressured by prominent political activists and pundits in recent weeks to find a way to unite with the Labor Party. But Horowitz ultimately decided that Meretz is the “true voice of Israel’s lLeft” and doesn’t wish to form political alliances with unreliable partners. During the last election, the two parties did form an alliance, which came to an abrupt end when then-Labor chairman Amir Peretz agreed to join Netanyahu’s government. 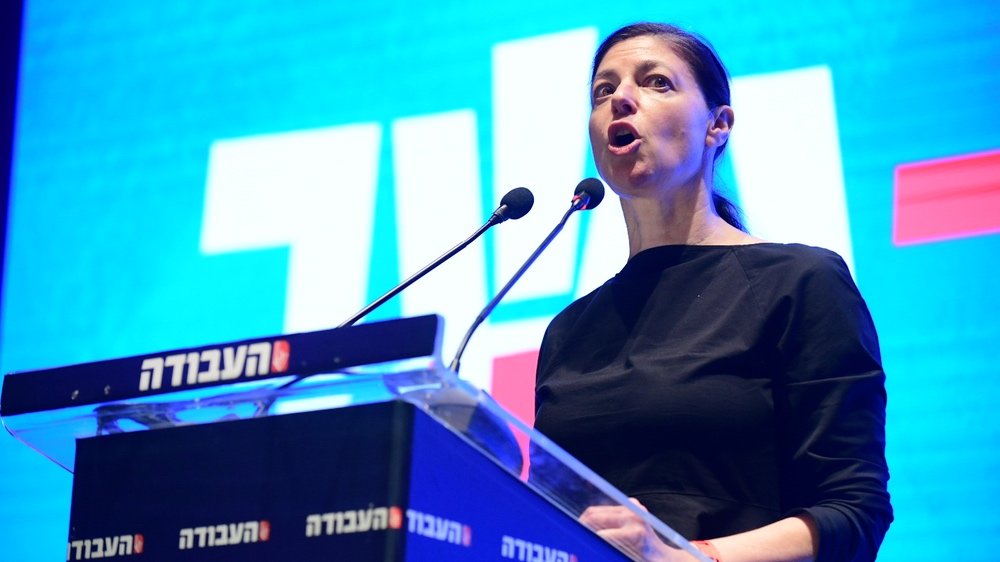 Labor hopes to quickly redefine itself under feminist Merav Michaeli. Once the mainstay of Israeli democracy, the party has been flirting with the electoral threshold in recent polls.

The Labor party has made significant changes and is seeking to restore its tarnished image after sitting in Netanyahu’s government. The change first began with open primaries for both the chair as well as the list of representatives for the Knesset. Merav Michaeli, long-time Labor member and the most adamant opponent of joining Netanyahu’s coalition, gained a sweeping victory over her far less-known opponents in the primary. A staunch feminist, Michaeli was the first in Israel’s history to institute what is called the “zipper” method for forming a list made up of 50% men and 50% women.

Two smaller newcomers on the Left–Ofer Shelah, formerly of the centrist Yesh Atid, and Tel Aviv Mayor Ron Huldai–pulled their parties out of the race after failing to conclude alliances with one another and with Labor. Neither party was expected to pass the electoral threshold running on their own. 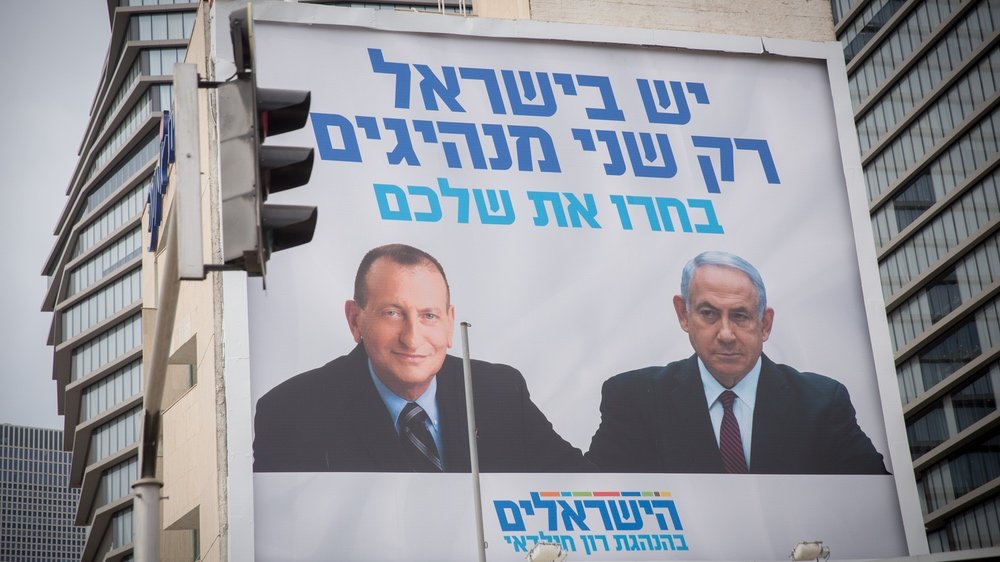 “Blue and White,” headed by former IDF Chief of Staff and current Defense Minister Benny Gantz, has been one of the biggest disappointments for its voters. After being the second largest party in Israel and the only serious contender facing Netanyahu, they are now inching toward the electoral threshold. Remaining in the coalition with Netanyahu (again, after publicly vowing not to) and hardly able to promote the agenda he promised his electorate hurt Gantz. In recent months, a number of prominent ministers from his party have abandoned “Blue and White.” This time around, Gantz will be lucky to fill a few seats in the opposition. 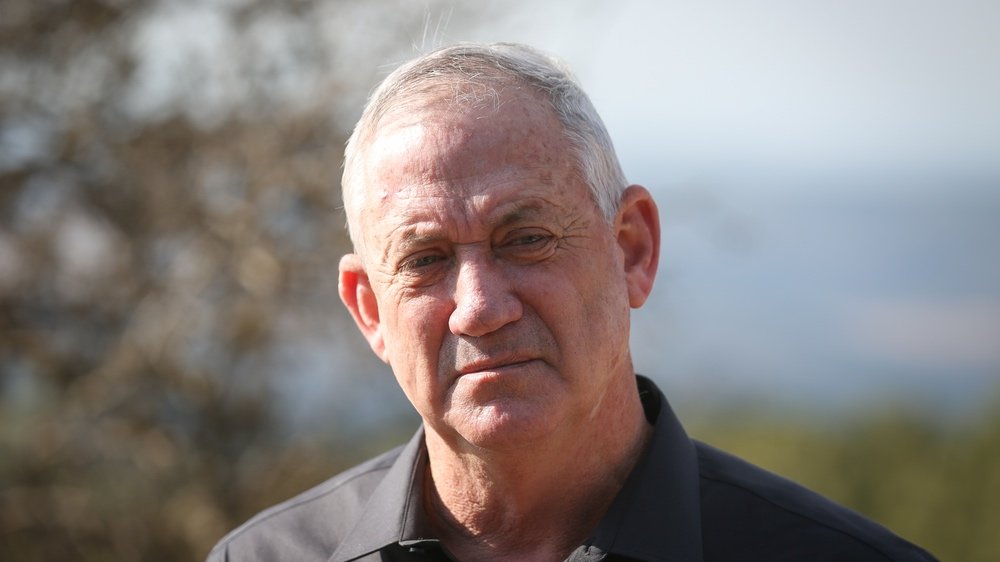 Just a year ago, Benny Gantz was the great hope of the center-left bloc in its quest to finally unseat Netanyahu. Now, he’ll be lucky to have a seat in the next Knesset.

Yesh Atid, headed by now-veteran politician Yair Lapid, has made little changes to its line-up. Lapid has remained its nearly unchallenged leader since its inception in 2012. Expected to receive 15 seats according to recent polls, he saw no need to merge with any other parties in the center-left bloc. In fact, Lapid’s perception is that any kind of haphazard unions with other parties may actually damage his efforts.

The Likud Party, led for the past decade by incumbent Prime Minister Benjamin Netanyahu, remains the largest party in Israeli politics. Recent polls have placed him at close to 30 seats. Although the Likud is likely to remain by far the largest party, a decisive win for Netanyahu is nowhere near certain because of the growing animosity towards him from other right-wing parties like Yamina and New Hope. 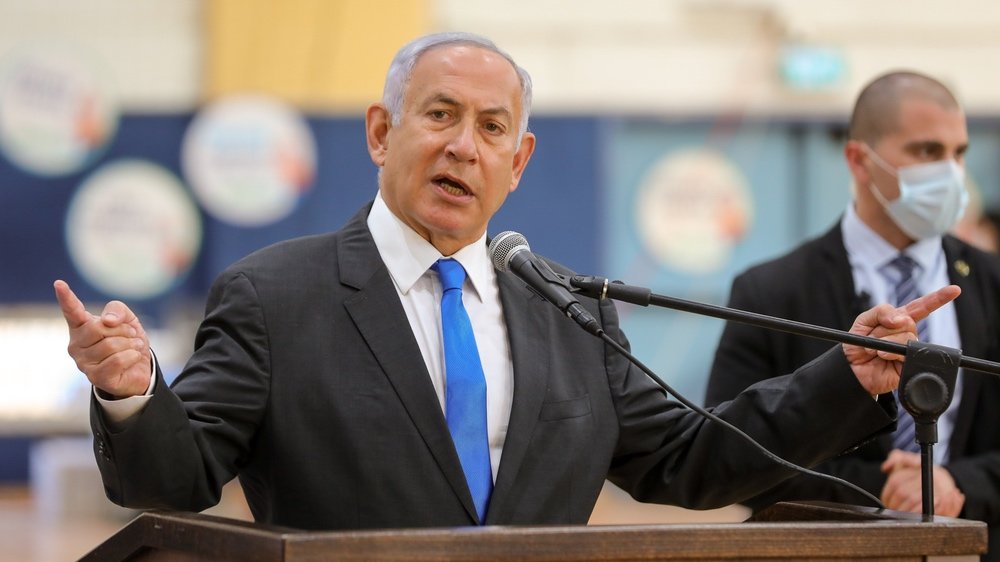 Netanyahu continues to demonstrate his political savvy, honed by over a decade in the prime minister’s chair.

New Hope, headed by former Likud star Gideon Sa’ar, has literally given a small dose of new hope to many disgruntled Likudnik’s who are fed up with Netanyahu, as well as desperate left-wingers who are willing to compromise on almost everything else in order to unseat the veteran prime minister. As I wrote elsewhere in Israel Today, Sa’ar is a real political threat to Netanyahu because of his prominent standing within Likud circles. He has already successful recruited a number of prominent former Likud lawmakers, such as Benny Begin (son of party founder Menachem Begin), and even poached some current Likud MKs. Sa’ar’s real hope rests in convincing Likudnik’s to vote for him instead of Netanyahu. 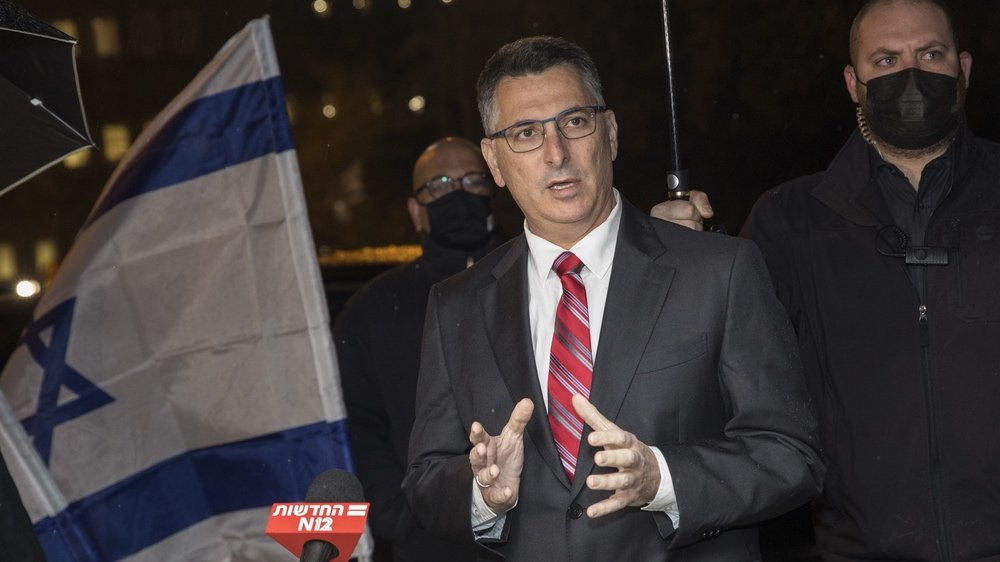 Gideon Sa’ar has seriously shaken up the right-wing political map.

Yamina, headed by former Minister of Education Naftali Bennett, caused the most significant damage to Netanyahu’s chances of securing a majority coalition. In a last minute deal, Bennett convinced another smaller right-wing party (Jewish Home) not to merge with the National Union faction and to instead quit the race. Bennett has joined Sa’ar and Avigdor Liberman’s Yisrael Beiteinu as right-wing parties that refuse to sit in a coalition headed by Netanyahu. What that together with the aforementioned deal means is that Netanyahu has fewer and fewer potential coalition partners on the Right. 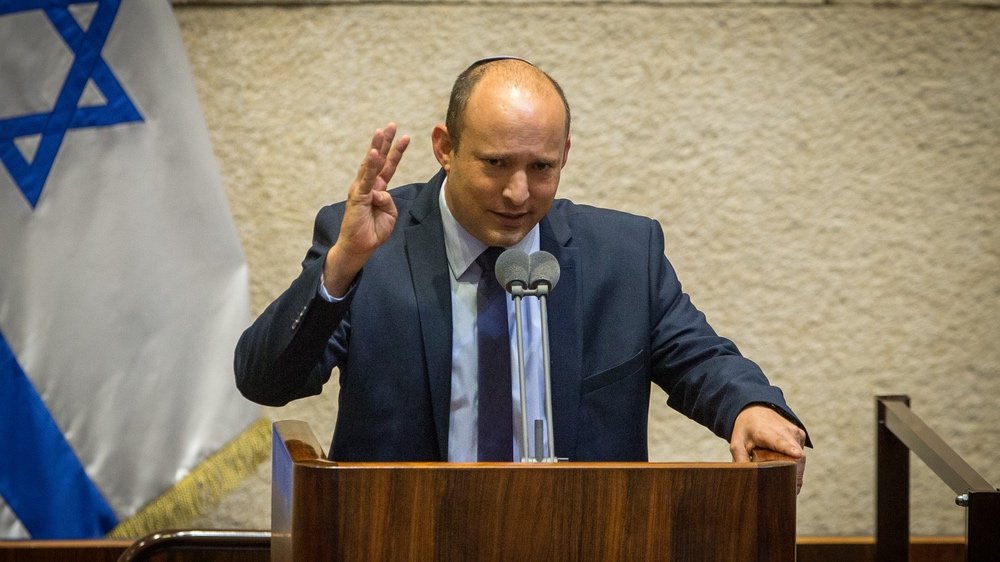 Naftali Bennett has spent the past year positioning himself not only as a critic of Netanyahu, but also a man with a viable alternative plan.

The National Union, a religious Zionist party, has joined hands with a radical right-wing politician, Itamar Ben-Gvir. Ben-Gvir is a far-right political activist who has made several unsuccessful runs for the Knesset in the past. He is the former student of a deceased extremist rabbi named Meir Kahane, who promoted transforming Israel into a religious state and forcibly transferring parts of Israel’s Arab minority out of the country. Ben-Gvir is also associated with extremist figures such as Benzi Gopstein, founder of Lehava, which has physically attacked and harassed Messianic Jews in Israel.

Finally, the ultra-Orthodox parties have implemented few changes to the makeup of their lists. Aryeh Deri continues to head the Sephardic-based party Shas, and Moshe Gafni leads the Ashkenazi-based United Torah Judaism made up of both Hasidic and non-Hasidic ultra-Orthodox Jews. Despite clashes with Netanyahu surrounding police enforcement of Corona restrictions in predominantly Orthodox neighborhoods, they still are expressing support for him to continue as prime minister. 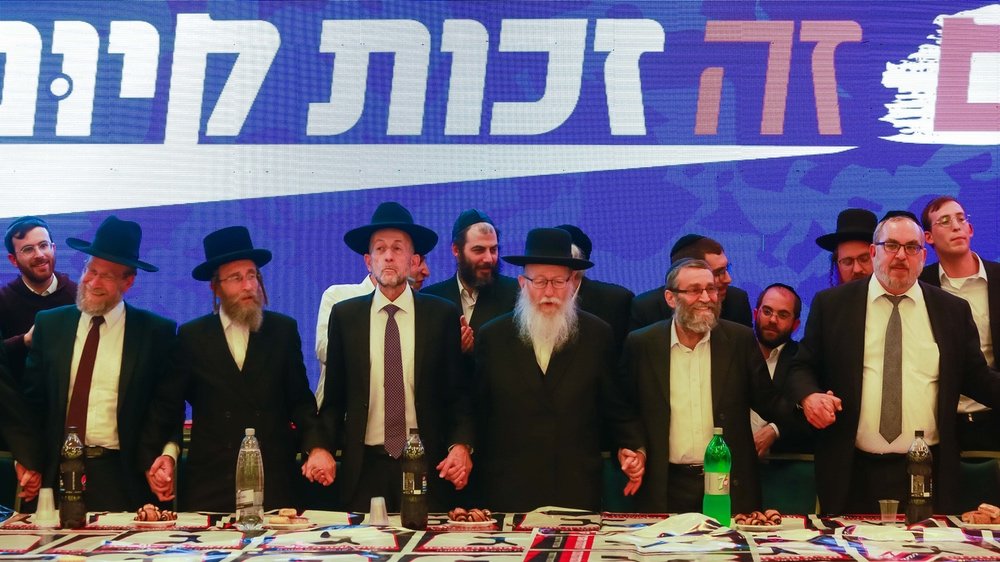 The ultra-Orthodox parties are Netanyahu’s only significant remaining allies, but what will they demand in return?

The wheeling and dealing of the anti-Netanyahu parties notwithstanding, it doesn’t appear anyone will be able to unseat the incumbent prime minister. The Likud is still by far the largest party with no serious competitor in sight. That said, Netanyahu faces a significant challenge in reaching the 61 seats needed to form a coalition. Still, at this point, it’s difficult to imagine a constellation of events in which Benjamin Netanyahu doesn’t continue as Israel’s longest serving prime minister.